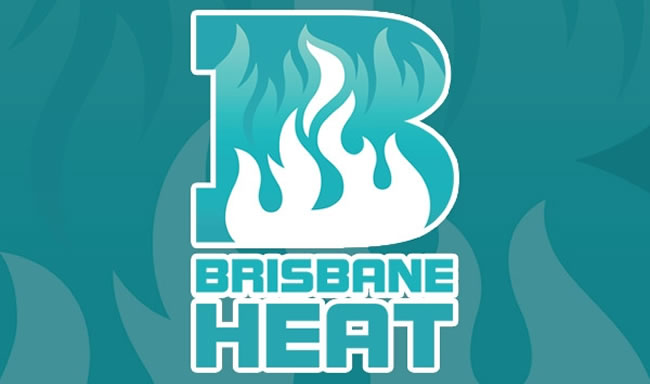 It is the changing of the guard at the Brisbane Heat after the retirement of T20 legend Brendon McCullum. The Heat went out and signed young talent from overseas and then announced the massive signing of AB de Villiers. The Heat’s finals campaign in BBL08 was short circuited by Brisbane’s power company and will be looking to make the top 5 this season. I am expecting big results from the Heat but will play two games on the Gold Coast which could prove vital to their finals campaign.

Banton is an exciting signing for the Heat for the 1st half of the tournament after an impressive T20 Vitality tournament. The former U-19 England Captain was 2nd highest run scorer for the tournament. Banton also keeps so it would be interesting if he takes the gloves over Peirson. Great fantasy player if he does get the nod to keep.

Max Bryant is a powerful young batsman who took his opportunity in last year’s BBL08. With an explosive career Strike Rate, Bryant was involved in the fastest Powerplay partnership with Ben Cutting against the Melbourne Stars, scoring 94 runs in six overs. Bryant had 58 of those runs. Will relish the role vacated by Brendon McCullum to thrash the opening attack.

Chris Lynn will again wear the captain’s armband for the Brisbane Heat in BBL09 and will resume his role as one of the competition’s most destructive batsmen. Lynn has hit the most sixes in BBL history by a fair margin and is a two-time Player of the Tournament. Not sure the term “bash brother” will be used this season as McCullum is no longer in the competition. Keep an eye out if this phrase is still used in BBL09.

Joe Burns funny enough is the 2nd highest run scorer in the history of the franchise but alas we will not see Burns until after the Test series against New Zealand. Will bat in the middle order and does bowl some handy tweakers in the powerplay. Will get an indication if Burns is in form after the Test series.

Heazlett only featured in the first 3 games of BBL08 and it was safe to say he did not get much of a go at it. Batted at 6 for a duck and 2 runs and then opened in the 3rd game for another 2 run effort. Probably needs a bit of luck to make the starting XI. Heazlett is a left-hand bat and make come with value if he does get a game early.

Peirson is a very agile keeper who has batted everywhere from opener down to 7, making him a very versatile member for the Heat. Whether Peirson has first go at the gloves with Banton in the side remains to be seen but will definitely take the gloves once Banton departs. Likely to bat in the middle to late order, would need the Heat to collapse to contribute fantasy wise.

Talented all-rounder Cutting is a polarising figure for fantasy as he either has massive ceiling games or nothing at all. You can bank that he does not receive any fantasy points from his economy rate but has the knack of picking up wickets at the death. His remarkable 81no in the last game of the season off 30 balls against the Stars has padded his season stats quite a bit. Expect Cutting to bat in the middle order instead of the opening position.

The Australian international may get more BBL cricket this season after being a fringe selection for the Test team. Bowls with pace and aggression, Pattison has been injury prone throughout his career. Whilst his BBL08 record does not show it, he has improved on his batting to the stage he could be a handy bat at 8.

Mystery spinner Mujeeb Ur Rahman was very impressive in his debut season with the Heat in BBL08 taking 12 wickets at a low economy rate of 6. So much so that economy rate was the tournaments best. Can bowl leg or off spin, but his talents are required in the Bangladesh Premier League and will not feature until the middle of January.

The 25-year old quick only featured in 2 games last season for the Heat in BBL08 which were the opening two games of the tournament. Was not seen since but his form in this year’s Sheffield Shield has him line to lead the pace attack. Took 9 wickets recently in Hobart. Load up if he comes cheap to start the campaign.

Mitch Swepson has become a vitally important member of the Heat side. His leggies have proven to be very reliable at getting wickets while also keeping runs down. Does tend to struggle on his home deck that does not turn for spinners. But handy for the middle overs and bobs up for a wicket or 2 when Batsman try to attack. Solid fantasy prospect.

Whilst Matt Renshaw is one of Australia’s rising batsmen, Renshaw has not been renowned for his T20 explosive batting ability. That was put to bed in BBL08 when he cracked a 90no from 50 balls against the Strikers in the latter stages of the tournament. Unlikely to be picked for international duty, Renshaw will look to build on his Strike Rate and can bob up for a wicket with his pedestrian tweakers. One to look out for in Fantasy.

Labuschagne is one of the hottest cricketers for the Australian Test side after producing in England and now smacking them around against Pakistan. Only played 1 match last year which was a duck and probably will not get to see Marnus until the later stages of the tournament. Plucky batsman and we all know Shane Warne loves his leggies.

BBL08 Record – Did not play in BBL08 for the Melbourne Stars

Gannon returns to his original franchise after an unsuccessful spells at the Renegades and the Stars. Will provide relief fast bowling if others are injured or not selected. Currently the Sheffield Shield’s leading wicket taker with 23 wickets at 20.39. If he does play he should be super cheap and a great value play.

Abraham Benjamin de Villiers is one of the biggest signings in the history of the competition but alas we will not see him until the middle of January. So many words can describe his batting but audacious and bold come to mind. Will be a very popular fantasy pick with the casuals and will be interesting what the fantasy sites set the salaries at.

Lalor’s BBL08 was quite fruitful with 20 wickets at an economy rate under 8. Lalor did the damage at the backend of the tournament, including a 5 wicket haul against Sixers and multiple bags of 3 wickets. If salaries are set low to start with then could be potentially be a great fantasy pickup.

Kuhnemann is a young left arm slow bowler who made his debut last season in BBL08, taking 2 wickets in three games. He’ll have limited opportunities in his 2nd BBL season, but when he does, he could well prove to be a top budget selection in fantasy teams.

Prestwidge is a talented young quick bowler who has good pace, regularly clocking speeds in the 140 km/h region. Played 5 games last season and picked up wickets in the later stages of the tournament. He is also an aggressive tailend batsman, who can find the boundary. He’s expected to get limited opportunities to play this season, so he will be at a very low price.

The 20 year old Afghan spin bowler will feature in the early games of the tournament. Talked up by Shane Warne as one to look for, Khan picked up a couple wickets in Afghanistan's recent one-off Test match against the West Indies. If cheap early then get on the Zahir train!

The BBL’s all time leading wicket taker was released from the Adelaide Strikers to go back to Queensland to be with the wife and kids. With his bowling variety, Laughlin has carved out a massive career of travel between T20 competitions across the globe. Can Laughlin help the Heat reach the final 5? Time will tell but is always a fantasy play regardless of his salary posted on the sites. 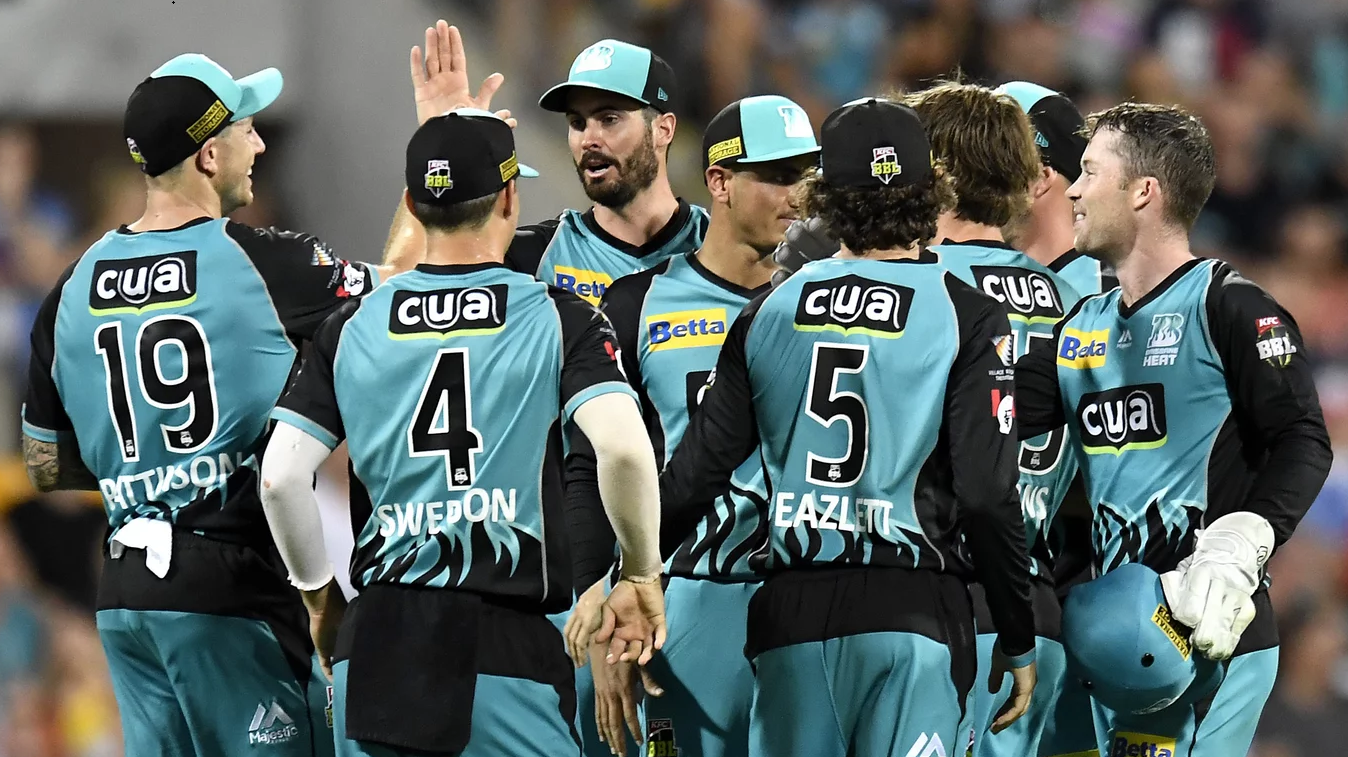