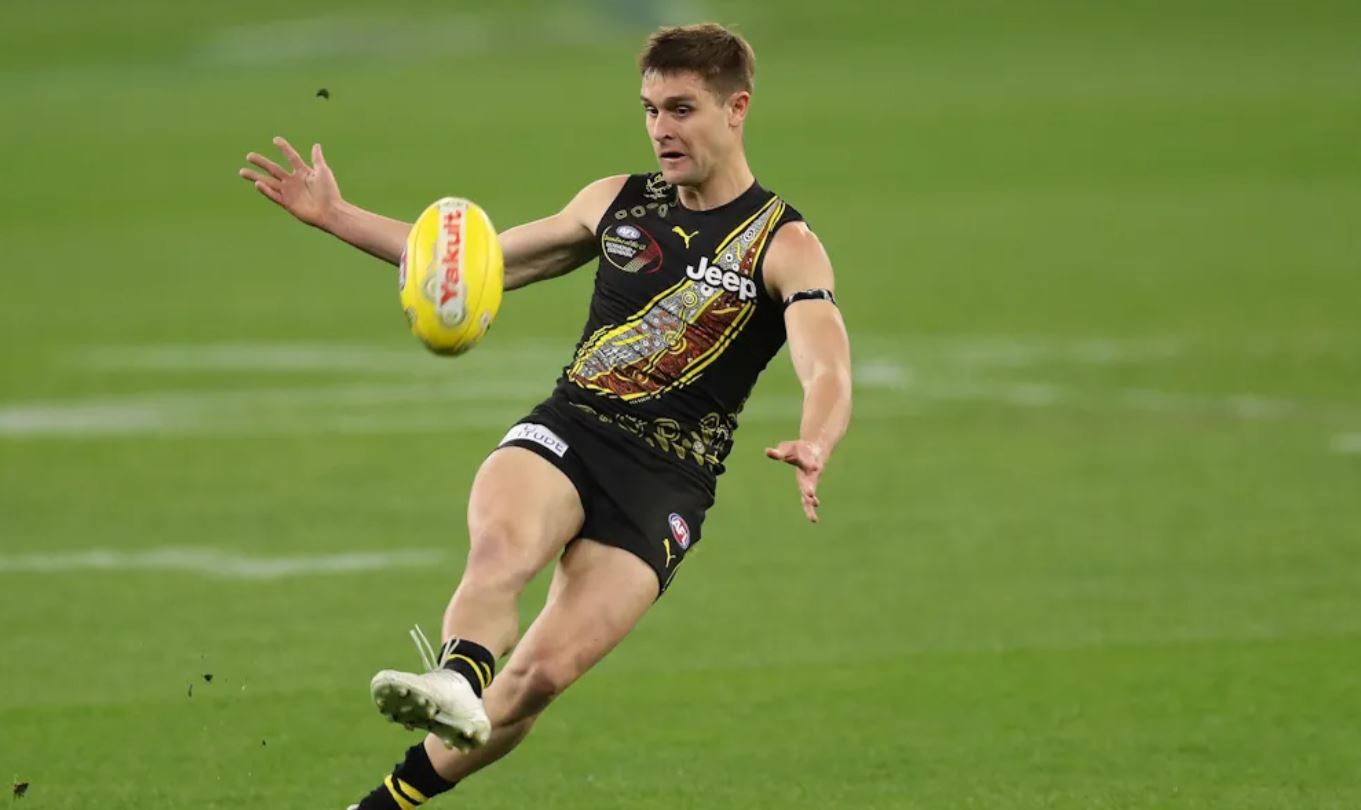 Another full Saturday slate presents plenty of opportunities in DFS as Round 9 of the AFL season continues.

Games are scheduled right across the country, with variable conditions set to have an influence on player selection.

Draftstars have put up $75k in the main contest, as well as a couple of live final qualifier contests.

Rain poses a threat across the nation this weekend, especially down in Tassie where 2-5mm is predicted. The games at the SCG and Marvel Stadium are safest in terms of weather.

There are a few clear target areas on this slate.

St Kilda have given away plenty of points to defenders over the course of the season and Geelong have been masters of the kick-mark game in the past.

Midfielders playing against Hawthorn and Richmond tend to feast, and here those two sides will meet each other. With some movement in the midfield groups of each team, there are sure to be some prime fantasy plays on Saturday.

Down forward, cellar dwellers North Melbourne have been hapless to stop opposition forwards. The chance of rain may direct people away from stacking Port attackers though.

Knevitt impressed playing an outside game last week and could be a beneficiary of St Kilda giving away free marks in their forward half.

Big Goldy has thrived on returning to the #1 ruck role, pumping out scores of 90 and 74 in the last fortnight. On Saturday he comes up against the inexperienced Sam Hayes, in a match where plenty of stoppages are likely.

Someone has to benefit from the absence of Tom Mitchell and I think Worpel will be that man. He attended a season high 71% of centre bounces last week and has a historical ceiling over 100 points. To top it off, Richmond is a prime matchup for midfielders.

Short has moved into the midfield over the last couple of weeks to good effect, producing more tons for his fantasy fans. This week is a great matchup for Short who loves the expanses of the MCG. 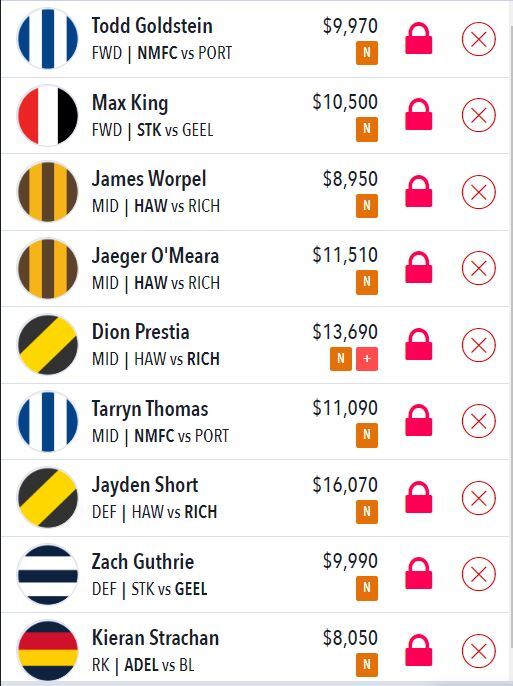