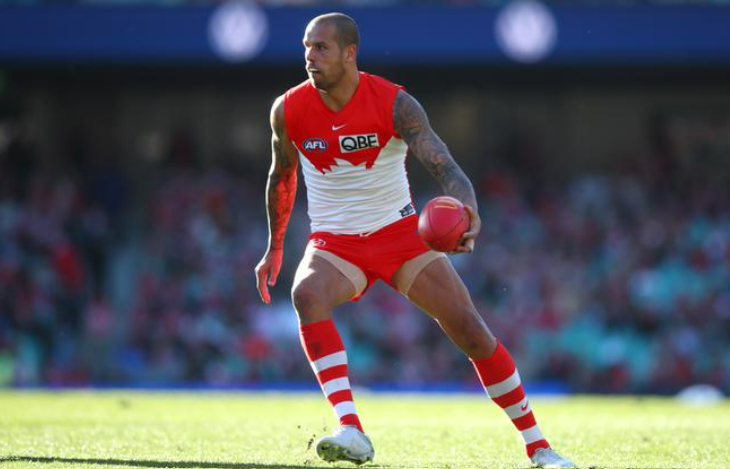 Round 21 of the AFL Premiership Season for 2022 will close out with a fun three game Sunday slate. The highlight of this slate is the mid-afternoon game with the 6th placed Brisbane Lions hosting the 7th placed Carlton at the Gabba. The fact that these two sides are now fighting for their finals lives is somewhat of a surprise given where they were earlier in the year but this is an absolute must win game for both teams. As always, Draftstars has all the daily fantasy lovers covered with a $60k main and a wide variety of other contests, including qualifiers to the massive $500k live final later in the year:

Conditions will be perfect for football in Brisbane for the blockbuster between Brisbane and Carlton, and the matchup between North Melbourne and Sydney is at Marvel so there are no concerns in that game either. The matchup out west where the Eagles will host the Crows is another story, however, with potential thunderstorms forecast throughout the day with up to 15mm in rainfall. It may have passed by game time but monitor the conditions and consider your selections if it is wet.

West Coast have been dominated in the midfield all season, which is no surprise given they are currently sitting equal last on wins with North Melbourne at just 2 for the season. In particular the Eagles are getting killed by inside midfielders, which should open up plenty of opportunity for the Crows, particularly if the weather comes in as forecast.

Up forward it is those same two teams who are sitting on 2 wins that have given up the most points this season. Both the Eagles and North are over 8 points per player above league average to the position, but on this slate there is a clear option to target as North have the much harder matchup against Sydney and are 47 point underdogs compared to the Eagles who play Adelaide in what is expected to be a very even contest.

Jason Horne-Francis ($8,710) is receiving consistent centre bounce attendances since returning from injury with over 40% in each of the last two weeks. With this additional time through the midfield he has opportunity to return value in this $8k price range as we saw last week where he 79 points, just under a 10x return. On the season he has gone over 75 four times including a ceiling of 90+.

Xavier O’Neill ($6,780) is another youngster who is receiving opportunity as the season winds down. The Eagles need a total overhaul of their aging midfield and O’Neill is one that has secured opportunity with approximately 40-50% of the centre bounces over the last three weeks. He has posted three games this season of 61+, including 2 over 73, so he is capable of returning over 10x at this price point and this is a positive matchup against the Crows at home.

Sam Berry ($12,830) at this price point could be a nice point of difference play on this slate. As noted above the Eagles are getting destroyed through the middle this season, however Rory Laird is one of the highest priced players of the season as a result of his recent performances and the Crows have removed Keays from the middle in recent weeks. This leave Berry as great option, attend over 80% of the centre bounces and showing a very fantasy friendly game in recent weeks posting 111 and 124 in two of his last three games. If the rain comes I love this even more as Berry is arguably the best tackler in the league.

Lance Franklin ($10,430)… as noted above stacking up the Sydney forward line is the layup play on this slate. Sydney are just under 50 point favourites and Franklin will have every opportunity to hit a ceiling game of 100+ fantasy points. North have given up over 10 points per player above league average to key forwards this year.

Chad Warner ($13,420) saw his run of fantasy scores stop in its tracks last week, but it wont stop me going back to the well as part of my Sydney stacks against North Melbourne on this slate. Before last week Warner had piled up four straight 100+ point games and he is priced nicely in that $13k range that will allow you to round out the stack with other priced up Swans.

Aaron Hall ($14,580) in this matchup I would usually like playing an opposition back against the stack and Hall is the dream player for this tactic. However, the Swans have been running a forward tag in recent weeks with Ryan Clarke so I would avoid Hall in this matchup. 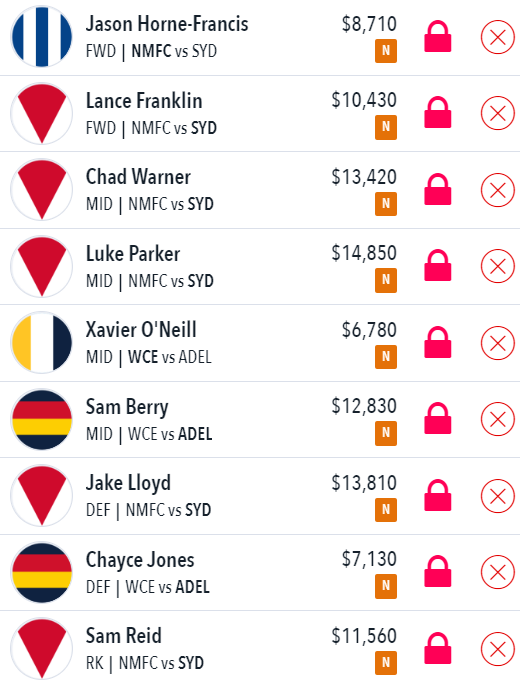