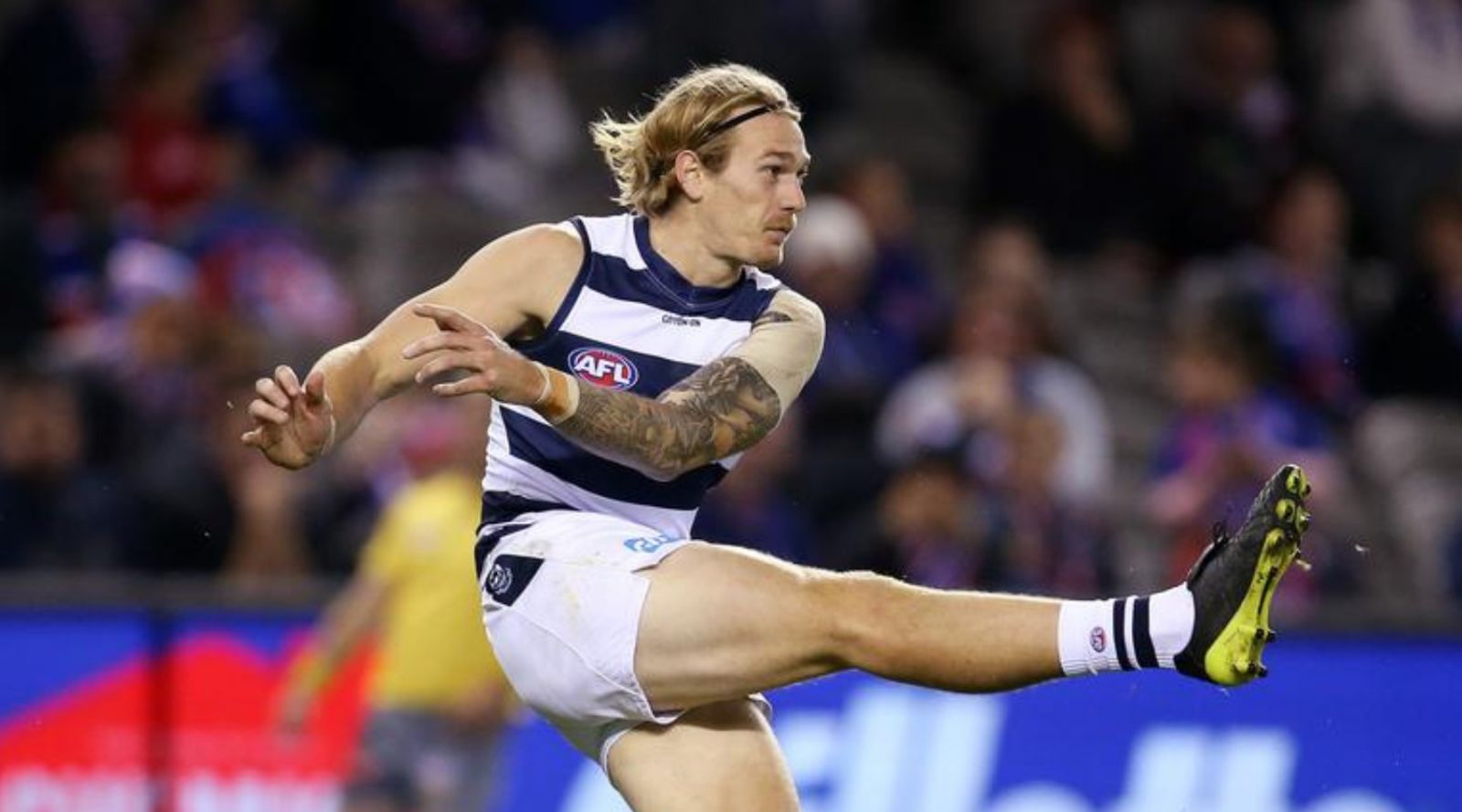 Five games are scheduled for a huge Saturday of AFL footy as the season draws towards its climax!

The Battle of the Bridge between Sydney and GWS will headline the afternoon action, along with Collingwood trying to win their tenth game in a row against the Power. Later on, Geelong host the Western Bulldogs in a clash which will have significant ramifications for the make up of the top eight, and Carlton look to take a step closer to reaching the finals as the take on the Crows in Adelaide.

While the matches are certainly tantalising, so is another day of DFS, so let’s get into it!

Draftstars has all the daily fantasy lovers covered with a $75k main and a wide variety of other contests, including qualifiers to the massive $500k live final later in the year:

At this stage it doesn’t look like weather will have much of an influence on this slate. A small amount of rain is forecast for Adelaide, which may bring the midfield bulls of both sides into play, however Melbourne and Sydney are likely to host matches in sunshine.

With five matches on the bill again this Saturday, there are plenty of avenues to attack. Let’s call on the Daily Fantasy Rankings AFL Data Tools to assist our selections!

Interestingly, Adelaide have topped the charts for total points conceded on the DFR ‘Points Against’ tool over the last five weeks. This week they come up against Carlton who tend to accumulate plenty of points themselves, so stacking the Blues could be an angle of attack. Hawthorn also leak points, so if the Saints can get on top expect their fantasy pigs to be in full force.

Collingwood are right up there for points conceded to midfielders, both across the season and in recent weeks, despite their lengthy winning streak. Port Adelaide have a few premium options available if you want to exploit this trend on the Saturday slate.

There should be plenty of opportunities for defenders to score big on this slate. St Kilda, Hawthorn and the Western Bulldogs all concede bulk points to this position, and both games that these teams are involved in should be played in perfect conditions for kick-mark football.

This is a bit of an out there selection, but there is method to the madness. Windhager attended 56% of CBAs last week against West Coast and with Jade Gresham going out of the team, there is a fair chance he will see midfield minutes against. The Hawks give up points to midfielders as shown in the DFR ‘Points Against’ tool, so a cheap midfielder seems a good value play against them.

Setterfield proved that he doesn’t need CBAs to pump out a score last week as he produced 101 against the Giants. The fringe midfielder has a solid floor of around 50 points, so it’s reasonable that we chase his ceiling considering that the Crows have conceded the most total points over the last five weeks.

This is a role-based play. The DFR ‘Ruck Analysis’ tool shows that McEvoy has been rucking around 30-40% of games while Reeves has been in the side, however the youngster is out this week leaving McEvoy to take on extra responsibility. ‘Big Boy’ has averaged just over 60 since returning to the team but 80+ is on the cards here.

Clark has had a tough season but has a fantastic opportunity ahead of him this weekend. The Hawks are vulnerable to conceding points across the half back and midfield areas, which will suit Clark who scored 113 against them in 2021. The talented youngster has averaged 72+ in two of his five seasons in the system so far – a similar return this weekend is solid at the price point.

Returning from suspension, Stewart will be eager to make an immediate impact at the venue where he has scores of 169 and 157 this season. He should have ample opportunity to intercept the ball at will on Saturday night and enjoy plenty of +6 action with Mitch Duncan. 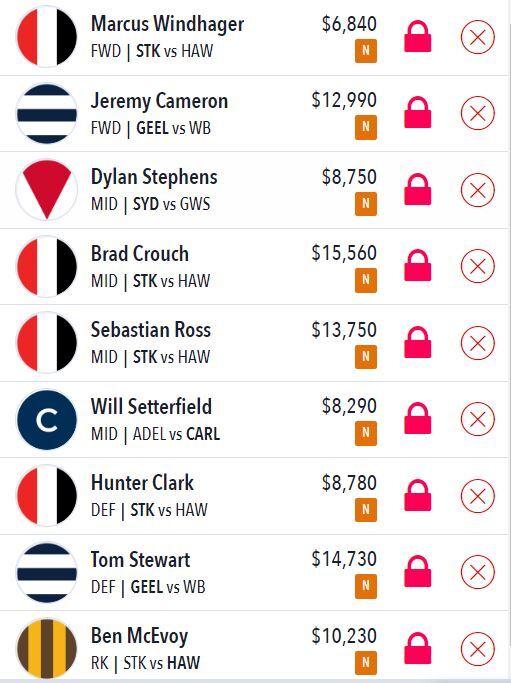