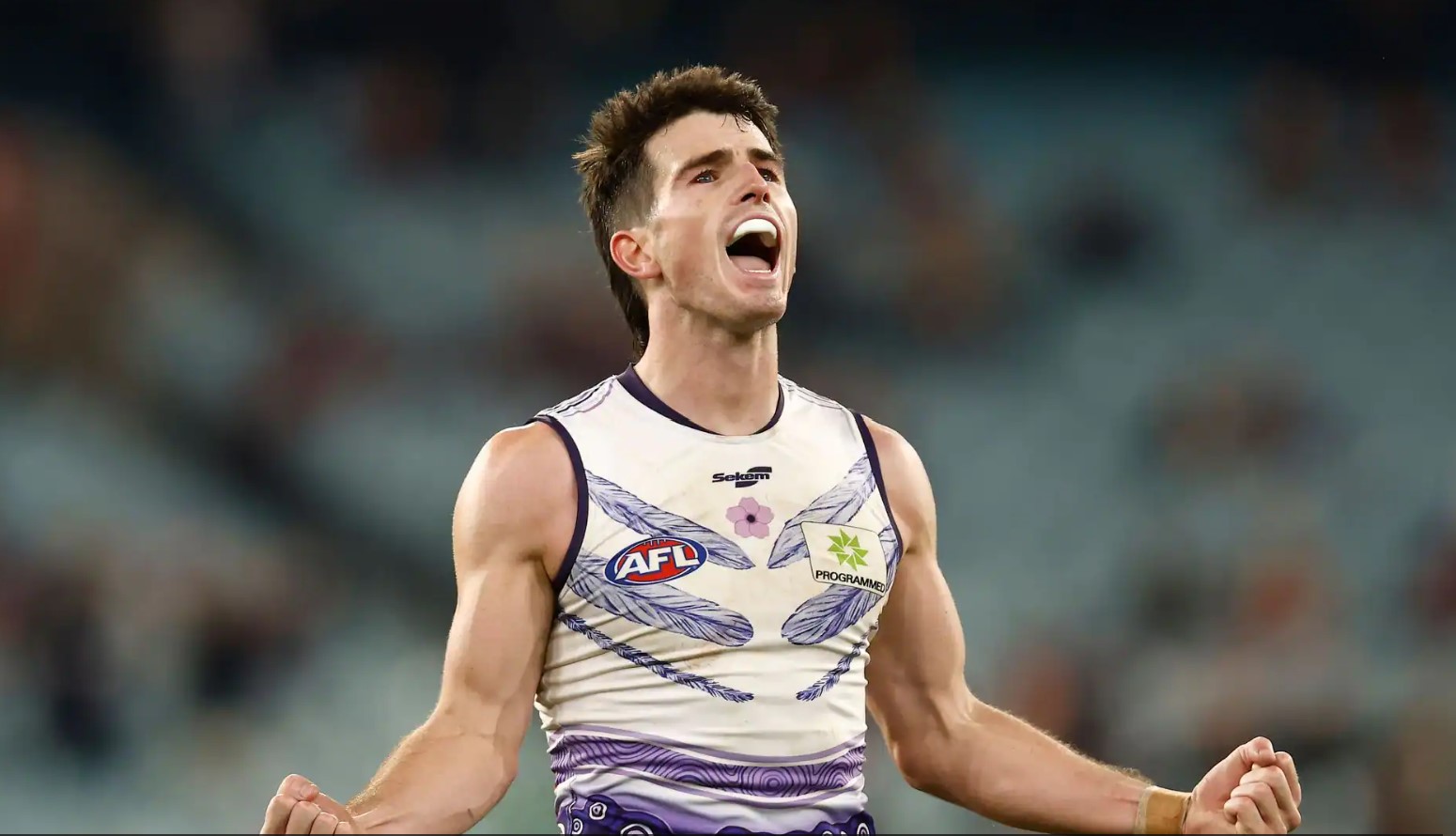 Round 19 of the AFL Premiership Season for 2022 kicks off on Friday night again this week as Richmond host Fremantle at Marvel Stadium. This is a monster game for both teams as Richmond look to hold onto their spot in the top 8, while Fremantle need to solidify their spot in the top 4 and beyond. Draftstars have delivered with a monster $75K main and various qualifiers to the $500k AFL Live Final Qualifier contests. Check out our article here with all the info regarding the AFL Live Event. 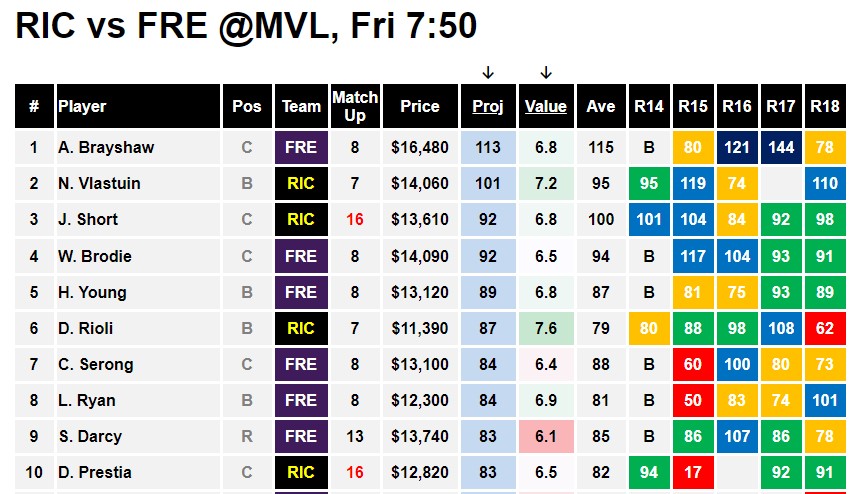 Smatho and Roody have put together an episode of the Draftstars AFL Show as they breakdown the Friday Draftstars Contest!

We can get straight to football breakdown on this slate as with the game being played at Marvel Stadium the weather will pose no issue at all!! Let’s play fantasy.

While there are no obvious positions to target on this slate, the Tigers are sitting above average for fantasy points conceded to midfielders and defenders. This is driven by the fact that they give up the fifth most disposals in the league and the 7th most uncontested possessions. This will play right into the Dockers hands as they love to possess the football, racking up the second most disposals this seasons according to our data tools. Based upon this I would be looking to stack up the Dockers through defense and midfield and consider Tigers up forward.

Tyler Sonsie ($7,000) has had huge wraps out of the Richmond football club since he was drafted and finally made his debut last week. He was thrown right into the midfield attending 50% of the centre bounces and returned 57 fantasy points. His price has bumped up to $7,000, however I still love this value play on a single game slate, given the opportunity he is seeing in the middle.

Liam Henry ($6,000) has been given opportunity on the wing for Fremantle when he has been in the side this season. This resulted in a 79 point performance in the last game he played, which is a monster return for a minimum priced player. This game will substantially tougher for the Dockers than that game was, however as we noted above the Tigers do concede a high number of possessions.

Andrew Brayshaw ($16,480) is just a lock and load play for me on in this matchup despite the fact he is the highest priced player on the slate. Averaging 115 points per game on the season he has ridiculous upside, and there is plenty of value with Sonsie and Henry to help afford him. The Tigers have never been known for restricting midfielder’s possessions or playing a tagging role so Brayshaw will be free to roam free all game and rack up touches. This has ceiling game potential written all over it for him, which means we could be looking at the 140+ range.

Dion Prestia ($12,820) is priced too cheap for his output when you take out his injured games. His last three full games have all been 91+ and he is the one consistent player who plays solely through the midfield for the Tigers every game. 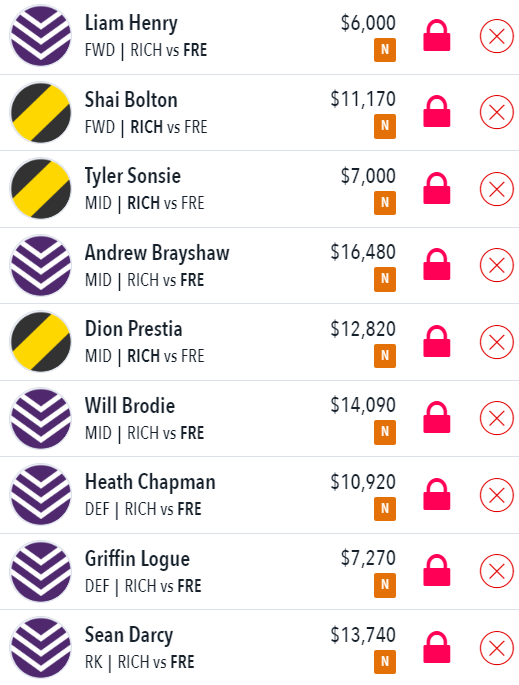