Round 17 of the AFL Premiership Season for 2022 kicks off on Thursday night with Geelong hosting the Melbourne down at GMHBA Stadium. This is arguably the biggest game of the season so far as the top two sides will give us a potential grand final preview. Draftstars have delivered with a monster $75K main and various qualifiers to the $500k AFL Live Final Qualifier contests. Check out our article here with all the info regarding the AFL Live Event. 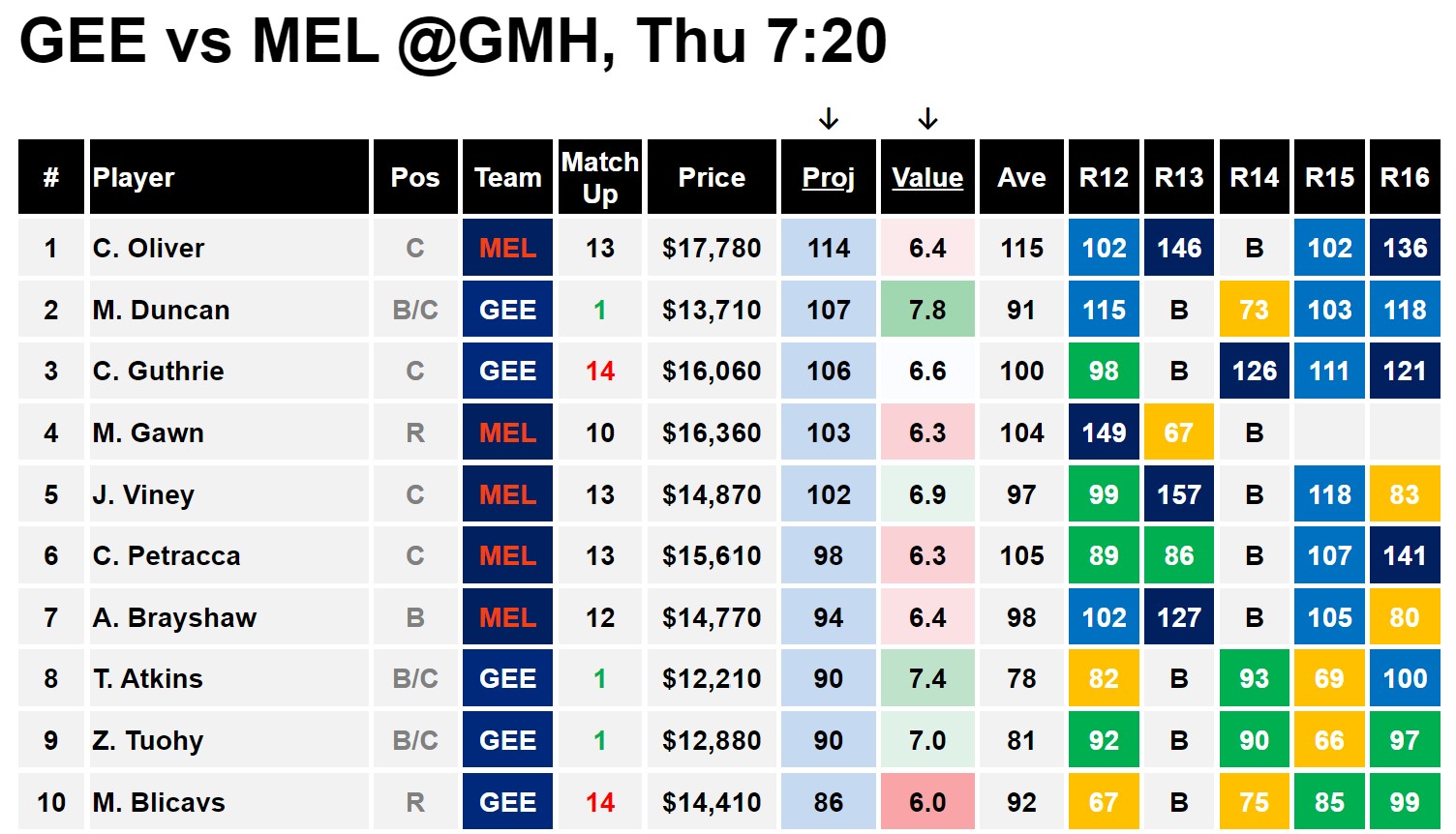 You can watch a replay of the Draftstars AFL Show with Smatho and Roody as they breakdown this Draftstars contest on Thursday night. Not to be missed if you are making lineups for these contests!

There is potential for slight rain, however it shouldn’t be anything that will greatly impact the game or fantasy scoring. As always monitor the conditions up until the first bounce, however I think we can pick our teams freely on this slate!

Let's take a closer look at our AFL Data Tools to find any trends that might help us construct winning lineups on Draftstars.

As always we will stack up the backs against the Demons. We have preached on here many times this season and this week is no different with Melbourne giving up almost 10 points per player above league average to defenders. The Cats have historically loved to play through the back line as well, and in particular when the game is on their home ground at GMHBA Stadium.

The ruck position has consistently been an area of the ground that the Cats have struggled with and this has continued this year as they rotate through Stanley and Blicavs in the role. They have given up 80 points per game to the opponent’s number one ruckman, which is above league average, however over the last 5 games this has ballooned to 94 points per game.

Jed Bews ($6,360): On this slate finding value plays is going to be difficult as neither team is really bringing in new players to the fold where value exists. As a result I will be looking to take advantage of the matchup and the fact that the Cats backs should rack up possessions against the Demons. Bews is one of the cheapest players on the slate and has managed to put together three games from his past five of 63+ points (10x his price point). Linking him up with other Cats defenders is a sure fire way to fit in some of the more premium priced players on this slate.

Ben Brown ($6,570): Geelong’s defence is not the intimidating force it once was, particularly with Tom Stewart out of the line-up due to suspension. This year the Cats have given up 77 points per player to opposition forwards, which is over 2 points above league average. I would not want to be paying up for the Geelong’s forwards given their price point and the fact that Melbourne have arguably the toughest defence in the league to score on, so I will be taking the Demon value options on this single game slate.

Zach Tuohy ($12,880) is where I will be looking to spend my money on Geelong defenders. With Tom Stewart out Tuohy moves up in the pecking order across half back, a trend we saw last year as well. Last week he notched up 97 fantasy points, and has scores 90+ in three of his last four games. He makes for a great point of different to the more expensive Mitch Duncan who will likely be one of the higher owned plays on this slate.

Clayton Oliver ($17,780) price point is getting as high as they do these days at just under $18k, however in this matchup, at this ground, I would be doing everything in my power to squeeze him in. Oliver has absolutely dominated GMHBA Stadium over his career, averaging an insane 133 fantasy points across his three games on the ground. He has excelled wherever he plays Geelong, posting a 115 points per game against them in his career, but the close confines at GMHBA have always suited the inside contested midfielder and this is where Oliver thrives. Lock and load!

Max Gawn ($16,360) should also have field day against Geelong’s ruck setup. His last three games against the Cats have seen fantasy scores of 145, 139 and 132. He has shown he still have huge upside this season, even with Luke Jackson nipping at his heels for ruck time and GMHBA Stadium can create a greater number of stoppages than other grounds due to the unusual shape. 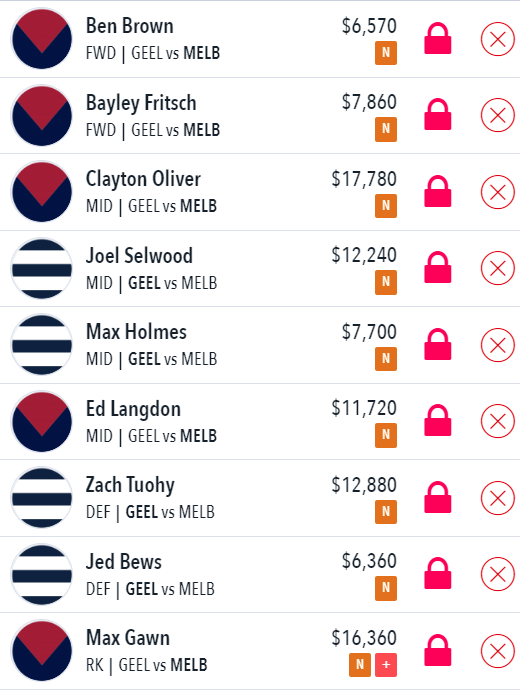