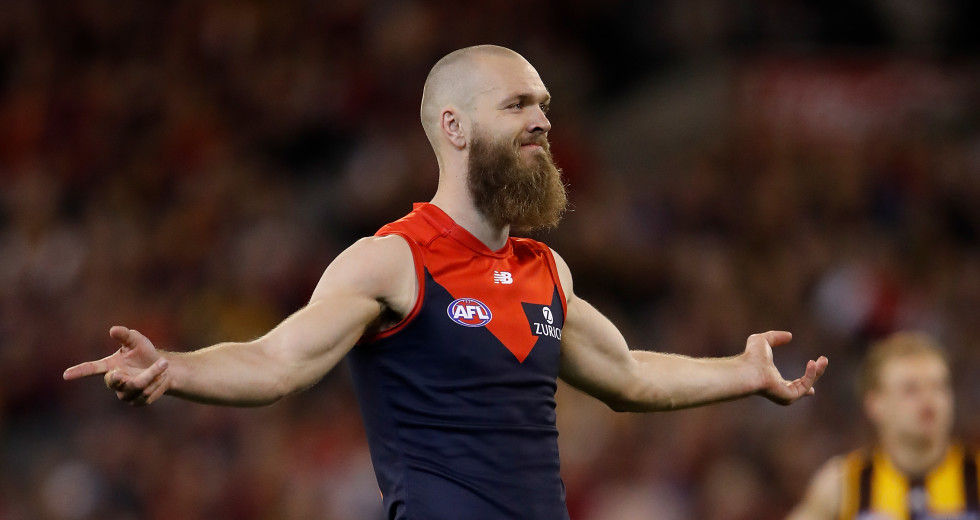 It’s the traditional Queen’s Birthday clash this Monday as Collingwood and Melbourne clash at the MCG. This match has built a great tradition - not only for the spirited games on-field, but for the amazing charity work done off-field with Neale Daniher and the “Big Freeze” to fight MND.

It's an important game for both sides. Melbourne will be looking to rebound from rare consecutive defeats to maintain their place atop the 2022 AFL ladder. However the Pies are showing some form and will enter this match with a little confidence as a legitimate top eight side. A win here for the Pies, and September will be calling.

Draftstars aren't taking a break this long weekend as they offer a $75,000 prize pool for the main contest, along with a great range of supporting events for players of all budgets. There's also plenty of qualifiers to the $500,000 Live Final later in the year.

Melbourne - It’s been a cold and wet in Melbourne, with another cold one expected on Monday. There may be some showers in the morning, but they are expected to clear in the afternoon. With the MCG draining so well, there should be no influence of the weather on play.

There are a couple of useful trends that we can look into for this match to help us create our winning lineups on Draftstars.

Despite being the reigning Premiers and the top team on the ladder, Melbourne are the number one team in the competition for conceding points to defenders this season. They set up so well behind the ball, they don’t mind if defenders want to chip in around in their defensive half. And guess what Collingwood love to do - play kick-to-kick! This bodes well for Collingwood backs from a fantasy perspective.

In the middle of the ground, the needle swings more the other direction. Collingwood are in the top five this season for conceding points to midfielders, and Melbourne have arguably the best midfield in the league. Don't expect to see a lot of pressure in the middle and you should see the Demons feast!

Nathan Murphy is still learning the ropes in the Collingwood backline, but he has shown a little from a fantasy perspective in the last couple of games with a 69 against Carlton and a 48 versus Hawthorn. If he can link up for a few +6's then he won't need a lot of the ball to hit value at a budget price.

Sticking with the Collingwood backs script, Isaac Quaynor might be a good value point of difference compared to some of the other Pies defenders. Quaynor is capable of a ceiling game and if things get chippy-chippy in the backline, he’s very capable of joining in the party.

Well done to those who stuck fat with the Sidey as his salary and form dropped in 2022. He returned two nice scores in the 90’s over the last two weeks to repay the faith. That’s the sort of return we used to expect but we started to wonder whether his best football was behind him. He should enjoy spreading against Melbourne on the wide wings of the MCG and get a few of +6’s out of the backline.

James Jordon may have turned a corner in his career with some excellent performances this season to secure his spot in this talented Melbourne team. With three scores over 87 in his last four matches, Jordon will get plenty of space against a leaky Collingwood midfield to hit value once again if you want to pivot from the bigger names in the Melbourne midfield.

The stand out player for the Pies, Jack Crisp may be well-owned in this one with nine tons (and a 99) in a super-consistent season. Crisp can float back and enjoy the +6’s but will also roam on the ball to link up through the midfield as their key playmaker. Expect to see Crisp top score for the Pies.

In a match full of quality premium talent, picking the right one(s) will be important in this contest. Clayton Oliver appears the stand out premium choice with a season average of 111 and a recent high score of 151 three weeks ago. Oliver is ball hungry and roaming packs at will. With Collingwood hopelessly loose in the middle, expect Oliver to go nuts. There’s only two problems - firstly, he’s the largest salary on the slate so you’ll have to find some value to fit him in, and, he’s likely to be a popular choice. A pivot to Christian Petracca, who is a little out of form, but may attract less ownership at a slightly cheaper price, could be considered. 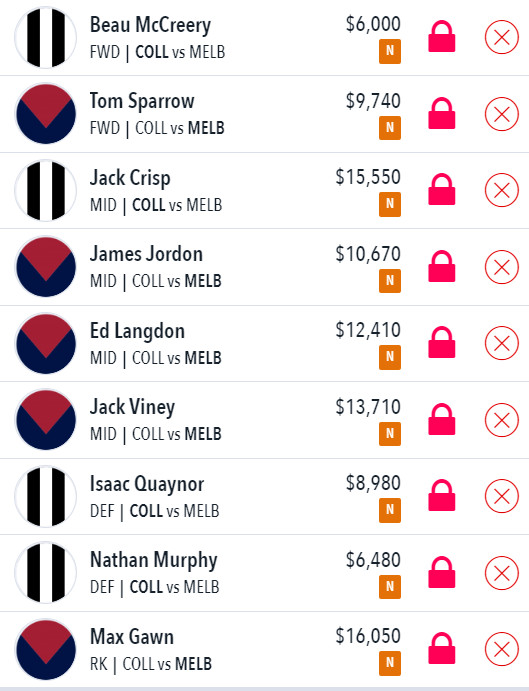