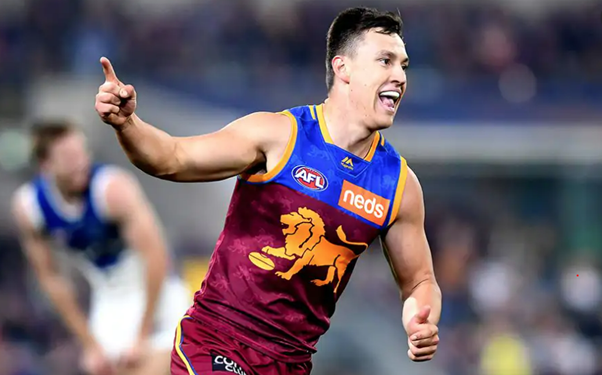 The super fun 3 game Sunday slate is here again for this Round 10 of the 2022 AFL Premiership Season. Draftstars has all the daily fantasy lovers covered with a $75k main and a wide variety of other contests, including qualifiers to the massive $500k live final later in the year:

There is a signficiant risk of rain impacting the GWS vs West Coast game and the Fremantle vs Collingwood game. Keep a close eye on the forecasts leading up to the bounce of the first game and plan accordingly. I would be avoiding key position players and outside players if the rain is looking heavy and focus more on inside midifielders and rucks.

The game in Launceston on the other hand will be in perfect football conditions.

Hawthorn have been getting absolute destroyed by opposition midfielders all season, conceding an average of 90 points per player. This gets even worse when you isolate the top three scoring players at the position, with it ballooning to 113 points per player. Loading up on Brisbane midfielders looks to be the obvious play on this slate. An alternative will be targeting West Coast with GWS midfielders.

The Eagles are sitting dead last on the ladder and continue to suffer massive injury problems throughout their playing list. This has resulted in conceding the most points in the league to forwards, at over 12 points per player a game above league average. The potential for rain could have an impact on key forwards, so I would be cautious here with Giants stacks, however they are still over 5 goal favourites.

Bobby Hill ($6,610) on a day where there is little obvious value on offer I will be looking for low owned targets that take advantage of matchups. As noted above West Coast have been giving up the most points in the league to forwards and Hill can offer over 10x upside at this price, and would suit the wet weather conditions if they arrive during the game.

Bailey Williams (DS $6,490) has not set the world on fire since Nic Naitanui went down, however this week he has an elite matchup against GWS who have given up the most points in the league to opposition number one rucks this year (89 points per game). The wet weather would benefit ruckman as well, so for near minimum price on a slate without more obvious value I love this play.

Jesse Hogan ($9,670)… I would consider the weather closer to the first bounce with this play. But if the rain doesn’t look like it will impact the game too heavily I love the upside with Hogan in this matchup. The Eagles have constantly had issues defending key forwards with the way that they structure up and this year the issue has just gotten a lot worse given the performance of the team. Hogan has shown 110+ point upside already this year and this is the biggest ceiling game opportunity you will find all season.

Will Brodie ($12,820) is free from the shackles of Gold Coast and coach Stewart Dew, which means like many before him he is having a breakout season. Averaging 91 points per game on the season he is coming off back to back 100+ point games and draws a matchup at home, in the possible wet against Collingwood. All the indicators are point towards a 100 point game!

Hugh McCluggage ($14,210): I will be starting my Lions midfield stacks with McCluggage. I love matchups against teams that give up points to midfielders for him as he is a player with a huge variance between his ceiling and floor. We saw what he is capable two games ago with a 140 point performance against West Coast. He is a link player as well, so stack him up with the likes of Neale, Lyons and Zorko. 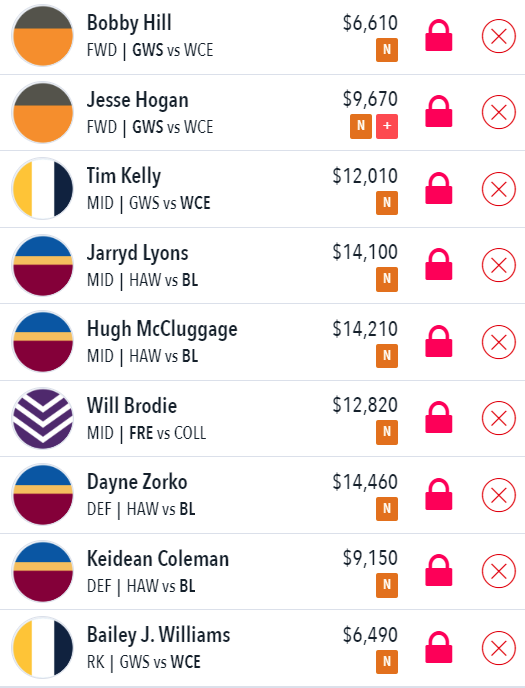