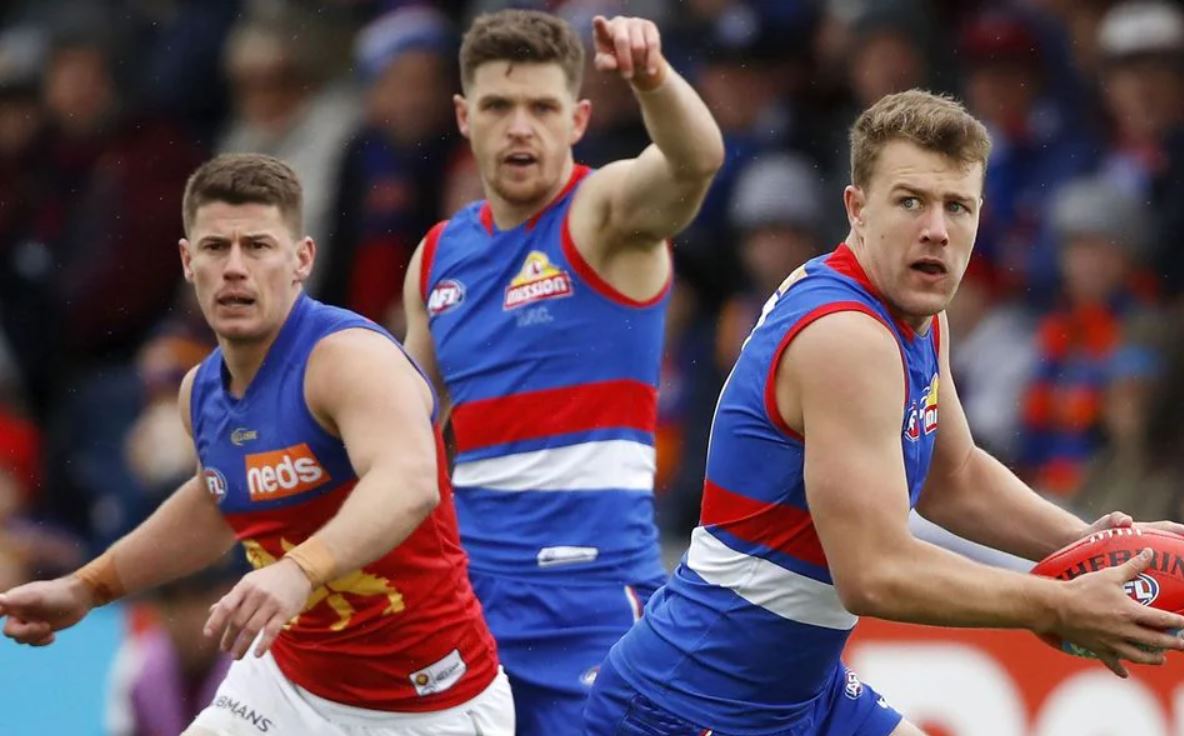 Super Saturday is here for Round 5 of the AFL premiership season with four massive games for us to sink our teeth into. As always there is a wide range of massive daily fantasy contests on offer, so pick your poison:

Clear conditions at Melbourne and Sydney, however the game in Brisbane looks to be severely impacted by weather. With thunderstorms and up to 15mm of rain to come in the late afternoon to evening, we can expect a lot of water through the game. Be wary of playing players that rely on uncontested disposals in this match and look to focus on inside midfielders and players who love a tackle.

Gold Coast have been the second-best team in the league to target with back so far this season. This makes the Bulldogs stacks an easy call to load up across all positions. Carlton defenders also look to be in an elite matchup against Port Adelaide.

The ruck is an interesting call on this slate with Brisbane conceding the most points in the league this season at 106 per game to the oppositions number 1 ruck. That is a massive number and hard to ignore (even with the Big O back). The weather in that game should make it an even stronger play, but can you really trust Peter Wright for the Bombers who was effectively pulled from the role for rookie Nikolas Cox?

Chris Burgess (DS $5,860 DK $3,800) is someone I will be taking another shot on this week. His price has dropped and despite having a miserable outing last week he still managed 51 fantasy points, which is not an awful return now his price has dipped back down. Furthermore he should be better for the experience of a game in the role last week and he draws a much softer matchup in Tim English and first gamer Jordan Sweet.

Lachlan Jones (DS $6,420 DK $3,100) burst onto the scene as an absolute mountain of a human being and played a corker of a game in his debut, posting 68 fantasy points. This week's matchup is much easier than the win they had over Richmond last week.

Callan Ward (DS $10,490 DK $5,000) took a more typical role for him as an inside midfielder last week attending 88% of the Giants center bounces (by far his highest of the season). This was a bonanza for his fantasy output posting a massive 121 fantasy points from 37 possessions. This week's matchup will be more difficult as Sydney are one of the toughest teams to score against through the early part of the season, but given the opportunity he is hard to pass up at this price. 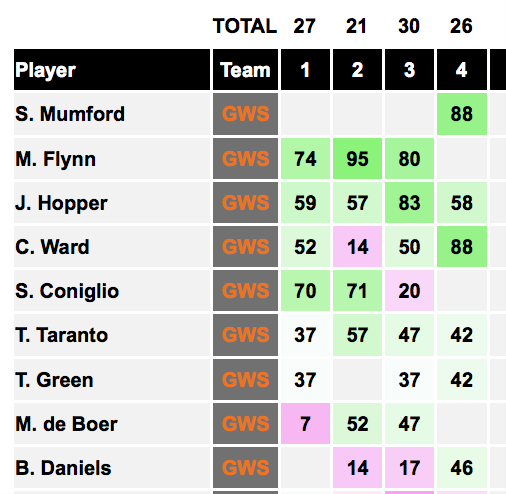 Tim English (DS $12,660 DK $6,000) has been a stay away for me to start this season, given his new role and the fact that Stefan Martin has been taking the lion's share of the ruck duties. That said, English has been an absolute monster up forward and has plenty rethinking about which position his future actually lies. The part that really piques my interest in him this round, however, is the fact that Stefan Martin has been rested and the Bulldogs are bringing in the fresh faced debutant in Jordan Sweet (another one to consider as a value play). I doubt they will throw Jordan to the wolves in his debut so English will likely take at least 50+% of the ruck duties this week. In addition, it is against what would be one of the best ruck matchups in the league right now, against Chris Burgess, who is not a natural ruck and is simply filling a role with the Suns ruck stocks currently decimated by injury.

Aaron Naughton (DS $10,190 DK $6,300) has been an absolute revelation this year as a key forward for the Bulldogs. He is filling what had previously been a huge gap in the Bulldogs attack and may be the key to their premiership chances this season. Through four games he is averaging a hair under 90 points per game, with a season high of 102 points last week (kicking just 2 goals and 5 points). If he can hit the scoreboard accurately his upside potential is massive and given the Bulldogs are almost 40 point favourites they hold the highest implied point total of any team on the slate.

Jackson Macrae (DS $15,580 DK $8,600) is the easiest call of the day really. He just rarely fails, so far this season he has put up 116 points per game with just one score under 110 points at 103. Given this his price just feels too cheap at this point, he should be the most expensive player on the slate. All this before we get to the matchup where the Bulldogs are favoured by just under 40 points and the Gold Coast Suns have given up 105 points per game to the opposition's top 3 scoring midfielders (1.5 points per game above league average). 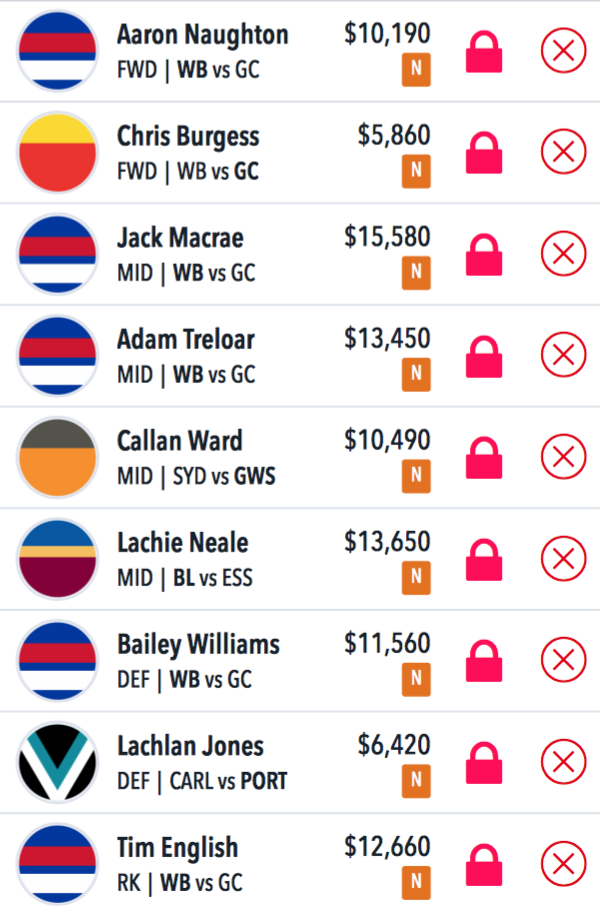 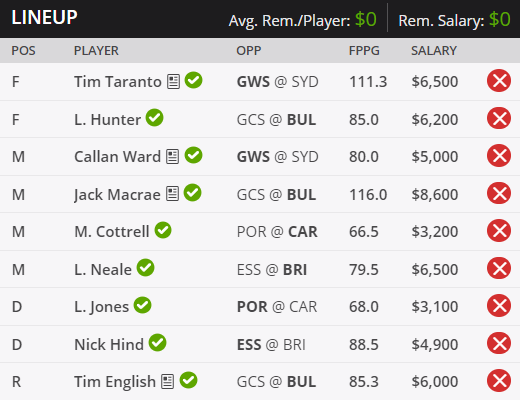