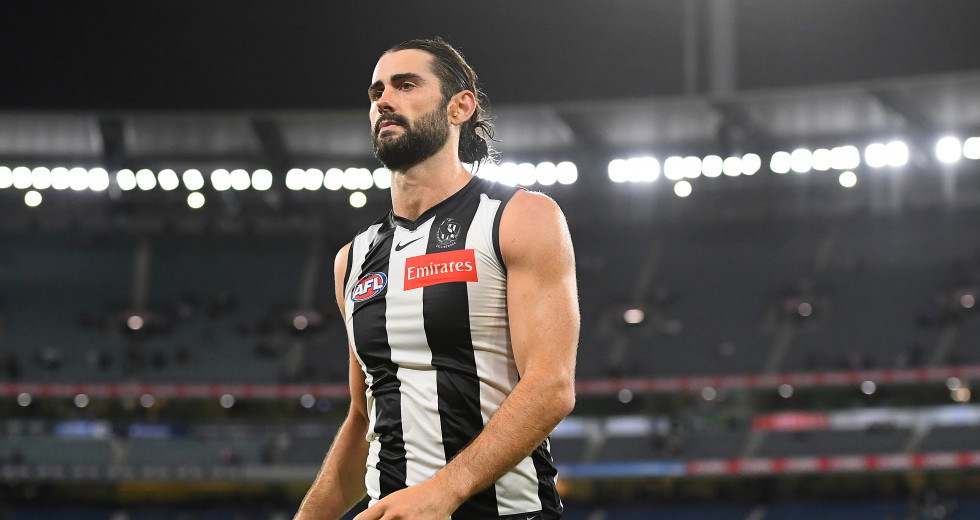 Welcome to a special Easter round that features 5 different slates. Things get started Thursday night with a matchup between Brisbane and Collingwood at MARVEL. The major platforms have us well and truly covered for daily fantasy contests:

Collingwood continues to show that they can be attacked via defenders giving up the fourth most fantasy points to the position through two games this season. This is a trend that continues on from past years and things get even better if you isolate the premium players as they give up 95 points per player to the top three scorers (over 10 points above league average).

The Lions have been destroyed in the ruck through two games this year. Things do not look to be getting any better either as the big Oscar McInerny has gone down with injury, leaving a mishmash of youngsters to try and hold down the fort against one of the premier Ruckman in the competition over the past few years. Lock and load Grundy and move on.

Zac Bailey (DS $8,250, DK $5,000) has seen a price dip into a nice value range. He was a fantasy spruik after a somewhat breakout season in 2020 and increased midfield time expected. Playing off a wing and attending around 35-40% of the Lions centre bounces, his role offers plenty of opportunity to score and he brings upside of pushing 100 fantasy points.

Marcus Adams (DS $5,000, DK $3,000) is playing his first game for the season and comes in at the absolute minimum price wise. I love playing Lions backs on this slate as we noted in the game breakdown above, the Magpies have conceded the fourth most points to the position so far this season (a trend that is consistent with past seasons). Adams in his last “proper” season averaged 49 fantasy points per game in 2019. Which was the last season he played multiple games for the Lions and displayed an upside of 70-80 fantasy points. I will be pairing him with other Lions backs and hoping for a lot of link up as Brisbane possess the ball down back.

Daniel Rich (DS $13,200, DK $10,000) In keeping with the same theme as Adams, Rich is my spend up play at the defender position. He has started the season well with back to back 90+ point games. The Lions are using him coming at of defense on every possible occasion and he is another player I will be linking with in my Brisbane back stacks.

Scott Pendlebury (DS $12,630, DK $9,600) has once again spent the off season in his cryo chamber, delivering great performances to his start of the season. After a 100+ performance last week he has somehow seen a price decrease on Draftstars and while this has not historically been the best matchup for midfielders, he looks to be one of the safer plays on this slate to hit value. Over his career he has averaged 104 points per game at Marvel stadium.

Jarryd Lyons (DS $13,010, DK $8,600) is another player who is priced too cheap on Draftstars and brings a safe floor. While all the attention is going to Lachie Neale this season with strong tags (and there is a strong chance this will continue until it fails), Lyons is able to run around unattended as the Lions other inside midfielder. He has been consistent across the first two games posting back to back 95+ point games.

Brody Grundy (DS $14,380, DK $10,200) hit for us last week looking every bit the star player we were used to in past seasons before 2020’s COVID impacted year. Posting a massive 122 against Carlton’s Marc Pittonet, he draws an even easier matchup this week with Brisbane’s ruck stocks decimated by injury. The Lions will likely roll out some combination of Tom Fullarton and Connor Ballenden… yep exactly! Joe Daniher may also run through the role at times, but Grundy will hold a significant advantage over whoever he is lined up against and a ceiling game of 150+ is certainly on the cards in this matchup. 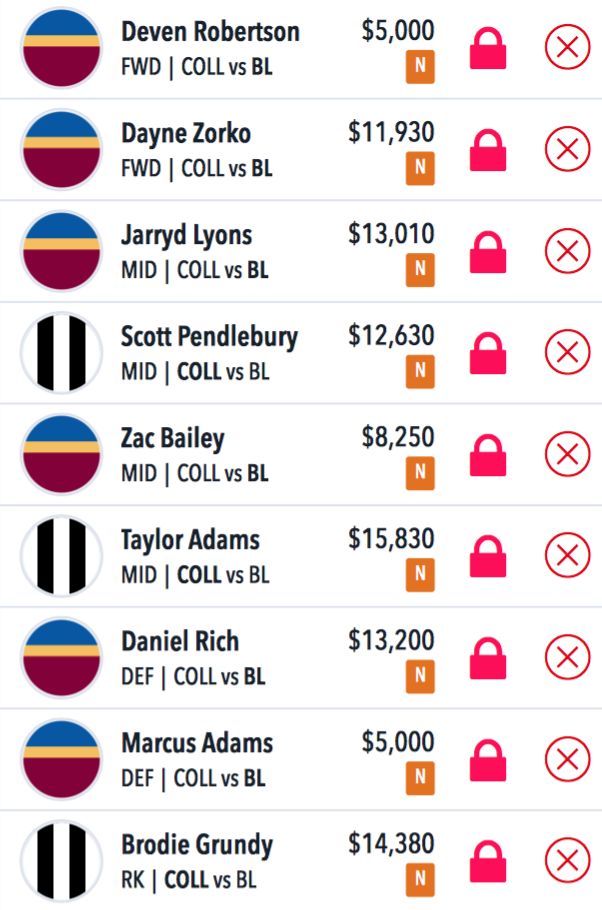