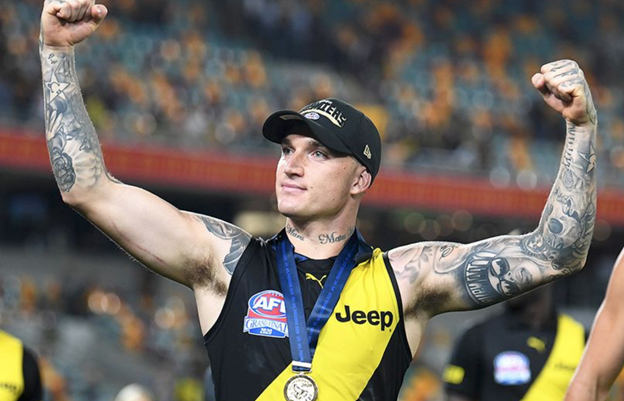 Let’s close out Round 2 with a ripping three game slate of AFL football. Draftstars have got us covered with another massive day of daily fantasy contests:

Perfect days for football at both locations! Let’s break down the games.

Remember we are looking at just one weeks’ worth of data so far this season, which means there is a lot of noise in the numbers. It is key to consider last year’s results as well, which are available as part of our data tools.

Hawthorn were absolutely blitzed through the midfield in Round 1, conceding the second most points in the league to the position at 13.9 points per player above the league average. The Tigers are 30-point favourites in this matchup, which means stacking their players through the middle looks obvious.

The Giants were beaten by the St Kilda forwards in Round 1, conceding the fourth most points to the position in the league. Their match vs Fremantle is almost a pick 'em this round, however given it will be over in the West I will look to target Dockers forwards.

Jarman Impey (DS $7,330, DK $3,800) returned value for us in Round 1 and his price has not moved enough to scare me away yet. Playing off half back he has an elite matchup against the Tigers who have consistently conceded points to defenders during recent years. In his first match against the Bombers Impey returned 74 fantasy points, which would be 10x his value at his current price point.

Ben McEvoy (DS $9,980, DK $5,500) stands out to me on a day where most rucks are making me cringe. The only query is the fact he does share a portion of the duties with Jonathon Ceglar, however in Round 1 McEvoy attended 63% of the centre bounces, which is the lions share of the rucking duties. He returned 88 fantasy points, which is GPP winning value at his price point, and this round he faces Toby Nankervis who has historically been one of the best matchups in the league for ruckman over the years.

Bailey Smith (DS $13,300, DK $7,000) was one of the standouts of Round 1, posting 131 fantasy points in a head turning performance. His price has barely moved despite this, and the Bulldogs will be at home on the fast paced deck at Marvel Stadium, which should suit Smith’s play. The Eagles have historically been difficult to score fantasy points against, however there have been significant chinks in their midfield armor through 2020 and coming into this season. They no longer employ a tagger, and I would expect the Bulldogs to dominate the ball through the middle of the ground.

Callan Ward (DS $9,740, DK $4,900) was one of the sneaky role changes for those that paid attention in Round One. Moving back into the midfield, Ward attended over 50% of the centre bounces and racked up 25 touches and a goal on his way to 85 fantasy points. In this role I think he brings 100-point upside, which would be GPP winning value at his current price point. You should also be able to sneak him in at low ownership. 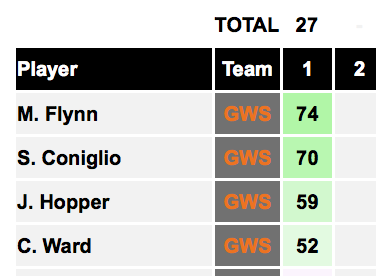 Josh Dunkley (DS $14,020, DK $7,500) is part of the Dogs four man inside midfield brigade, with no other player really getting a sniff at the stoppages. While Dunkley is playing that amount through the middle and not getting “Bev’d” as a forward pocket or makeshift ruckman, he is an elite play. His price is considerably lower than Macrae and Bontempelli and he should be able to take advantage of the Eagles in contested ball situations. 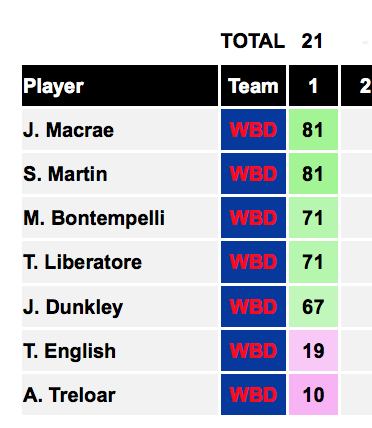 Dustin Martin (DS $15,020, DK $7,900) What more can you say. Martin consistently started in the midfield (63% centre bounces in Round 1) and then pushed forward to damage on the scoreboard. As we noted above the Hawks gave up the second most points to midfielders in Round 1 and Martin should take advantage of this. The Tigers are also 30 points favourites, which means they will likely post a significant score, which Martin will get involved in while playing up forward. Fresh off a 131 best on ground performance in Round 1, I am expecting more of the same as the Tigers take on their Melbourne based rival. 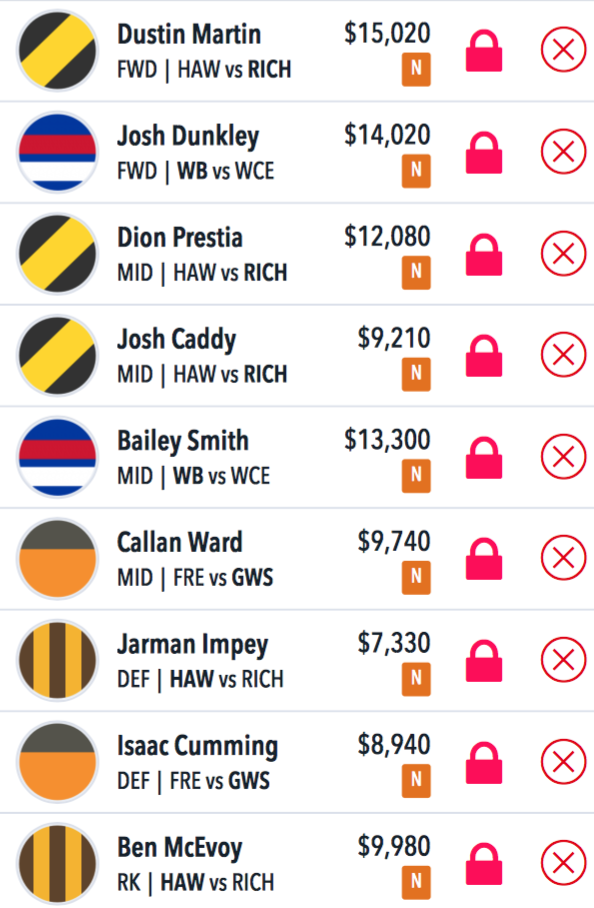 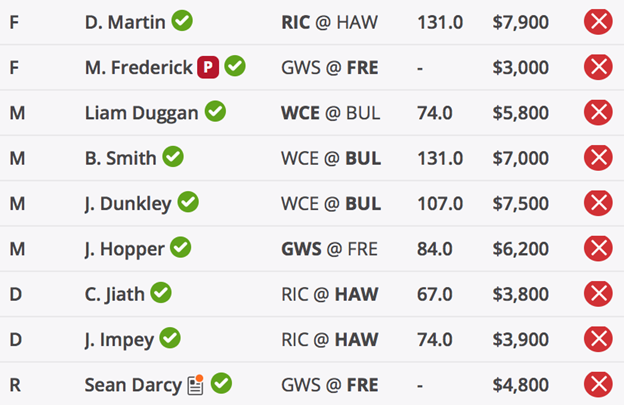