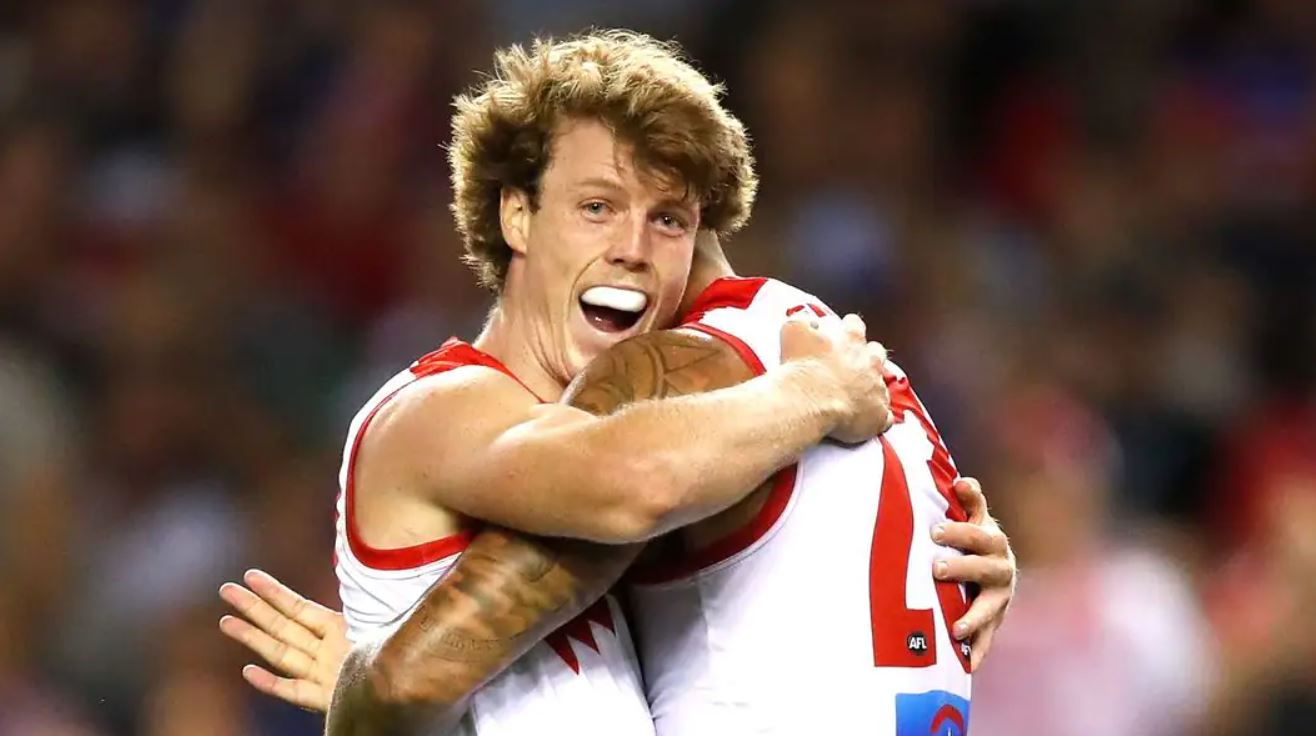 Sunday serves up an intriguing 3 game slate for AFL daily fantasy players to close out round 19 of the season. There’s not many Golden Tickets left so be sure to check out the qualifiers in addition to the usual offering of big money contests:

A double header on the Gold Coast at Metricon Stadium and the weather looks ideal - sunny and 21 expected. The dew may have an impact for the night game between the Bombers and the Giants - especially given the traffic across the ground earlier in the day - but expect perfect conditions for the first game up there between the Swans and the Dockers.

No such luck for the Cats and the Tigers in Melbourne. Gusty winds, showers and possible hail are all on the agenda. The MCG surface holds up tremendously well but rain during the game will have the usual effect on gameplay.

Swan backs should be licking their lips at their matchup here with Fremantle conceding clearly the most points to defenders of the teams on this slate - especially to the premiums. Note the Tigers sneak in here for giving up above average points to the lesser defenders too - something to consider if searching for a cheap defender.

Richmond have long been a team that isn’t overly concerned with giving up big numbers to opposition midfielders. On a slate where many of these teams are quite restrictive of opposition scoring, the Geelong midfield unit look well placed.

GWS have worked with a combination in the ruck this season and its Shane Mumford’s time to step up. Both the Giants and the Bombers have given up above average points to opposition rucks through the season so the respective big men should be on your radar.

Jack Ross (DS $5,110) is named on a wing for the Tigers, has 25 games under his belt and five scores of 48+ in a sub-riddled season. Not often you get that much to work with at this salary. The matchup against the Cats is a tough ask but going 10x his salary seems a very reasonable goal with the chance of more. A leading cheap option on this slate.

The Lizard Nick Blakey (DS $8,500) is relishing a role down back in recent weeks, averaging 74 across his past three games. Now throw in the perfect matchup here against the Dockers in excellent conditions and you get a terrific play. The midfielder status also gives you the opportunity to play an extra Swans defender in your lineup if you’re looking to target the Dockers.

Shane Mumford (DS $9,370) comes back into the team and gets a nice spot against the inexperienced Sam Draper. While his last start 91 was flattering in a dirty day against Chris Burgess, he has enough form to his name this year to suggest there’s plenty of value at this price tag in a positive matchup.

A strong Swans season has meant less cheap points for premium backman Jake Lloyd (DS $13,880) but we get a chance to cash in here at a salary lower than we’ve come to expect for him. As mentioned he draws the right matchup and should feast on the uncontested ball the Dockers have given up throughout the year. A reasonably safe selection with upside - everything you want from one of your premium selections.

Cameron Guthrie (DS $15,890) has become one of the premier fantasy scorers in the competition and gets a friendly matchup against the Tigers. He scored 139 against them on this ground earlier in the season and he does thrive on the wide open spaces of the MCG - he also had 153 earlier in the year here against the Hawks. He’ll keep running for you right until the final siren and should hit value more often than not. 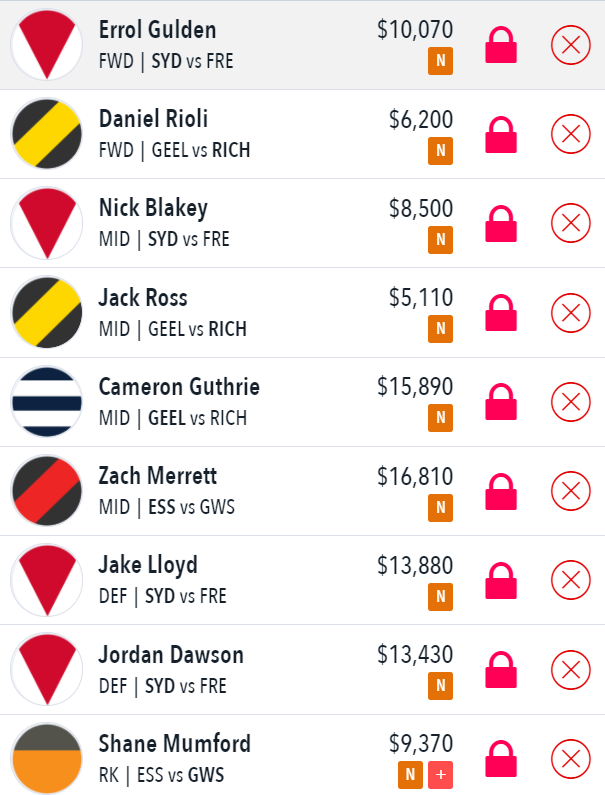