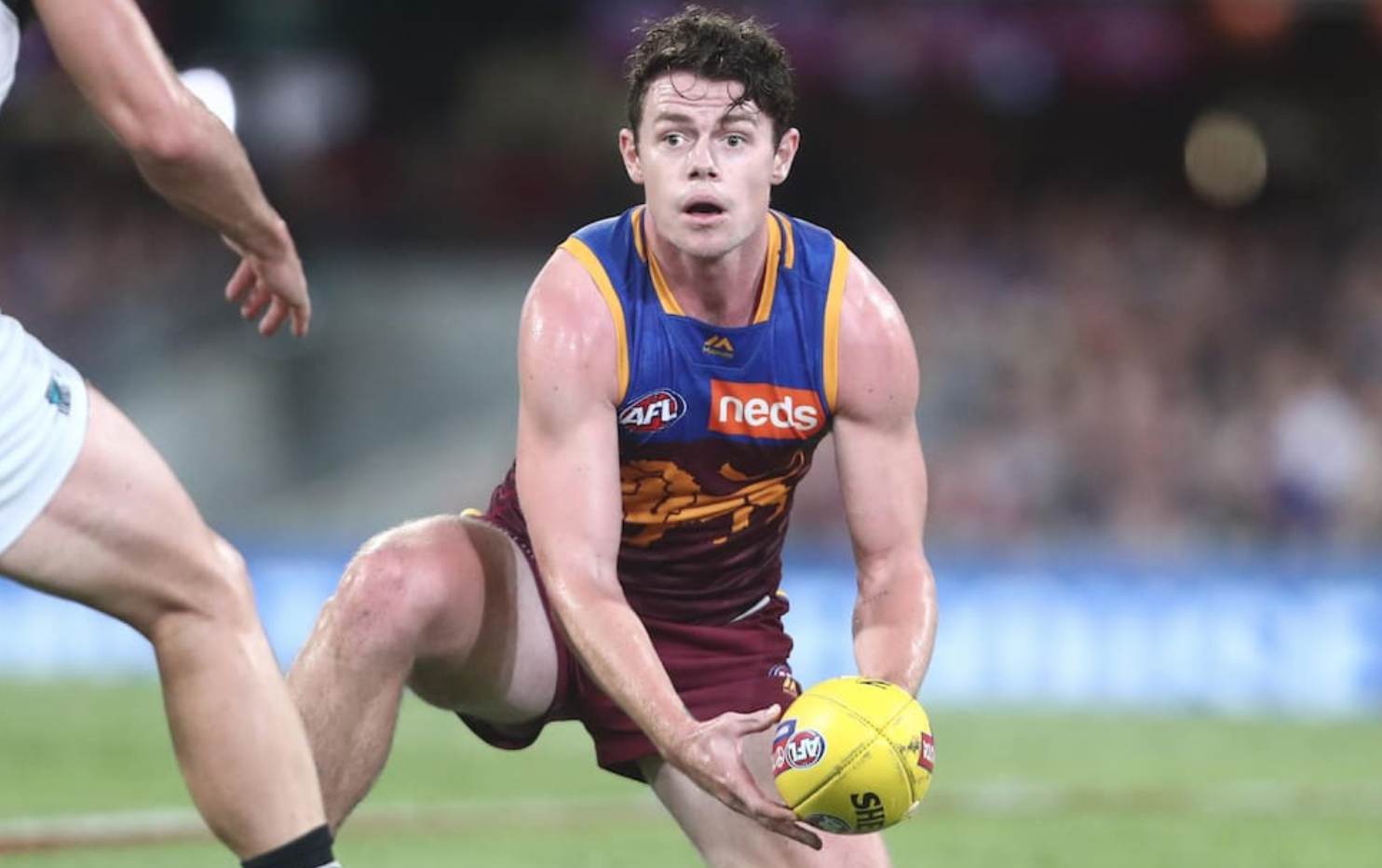 Friday night football is here for round 18 of the 2021 AFL Premiership Season! This week we get a rematch of last years Qualifying Final between Richmond and Brisbane. Can the Tigers dig in and find some of that magic from the last four years, or will the Lions finish them off for good. As always there are massive daily fantasy contests on offer:

You can watch a replay of the DFS Down Under Show with Smatho and Hef as they breakdown this Draftstars contest on Friday night. It is cued up ready to go! Not to be missed if you are making lineups for this contest!

It seems to be raining everywhere in Australian right now. Friday night on the Gold Coast is no different with approximately 1-2mm of rain expected throughout the day but the forecast is to clear into the evening.

Richmond have given up the second most fantasy points to midfielders this season. This isn’t completely unusual as even in their peak they often conceded fantasy points as they never played a heavy possession count style of football. It does signify where they are currently at, however, with the opponents midifeld typically having a field day against them. This week will likely be no different as the Tigers continue to roll out a relatively young side.

Ruck has been an issue for the Tigers for as long as daily fantasty has been around pretty much. Toby Nankervis is back this week, which should help steady the ship somewhat, and the Lions themsleves are no great shakes at the postion giving up the third most hit outs in the league.  With a little rain forecast there may be a boost to stoppages, which means playing both rucks with the DPP eligibility is in play.

Daniel Rioli (DS $6,290) has made the move to the backline for the Tigers, both to help cover the holes up there and to see if he can actually find some form (and get a touch of the football). It didn’t pay off fantasy wise last week like you would hope, posting just 49 points, but as one of the cheapest players on a single game slate and with the opportunity in that position I will look to back him in again this week to notch up at least 10x his price point.

Matthew Parker (DS $7,710) has been an absolute beast in the VFL since being picked up in the mid-season draft. He has experience at this level playing 17 games for St Kilda in 2018 where he averaged 53 fantasy points per game. Unfortunately, we haven’t landed a basement price here, however he is far more mature now and in his last two VFL games has posted 107 and 143 fantasy points. The Tigers are crying out for support through the midfield so I expect Parker to get sufficient opportunity in this role.

Lachie Neale (DS $13,860) remains well under-priced compared to his typical form. In his last three games, his lowest score has been 106 points, which indicates he is operating at close to full fitness for the first time this season. As noted above this is also an elite matchup for Neale with the Tigers giving up the second most points in the league to the position.

Jayden Short (DS $13,700) I will be linking up with other Tigers backs. If Brisbane win the midfield battle, which I fully expect them to, then I see the ball spending significant portions of the game in the Richmond backline. They have shown a greater desire to control the football than usual in recent weeks and Short without Houli in the lineup becomes their number one target to setup play and remove the ball from defense.

Jarryd Lyons (DS $16,400) has been an absolute beast this year. Similar to Neale this is an elite matchup for Lyons with Richmond giving up points to the midfield. Lyons inside play will also be suited to the conditions and Richmond have given up the 5th most contested possessions in the league this season. 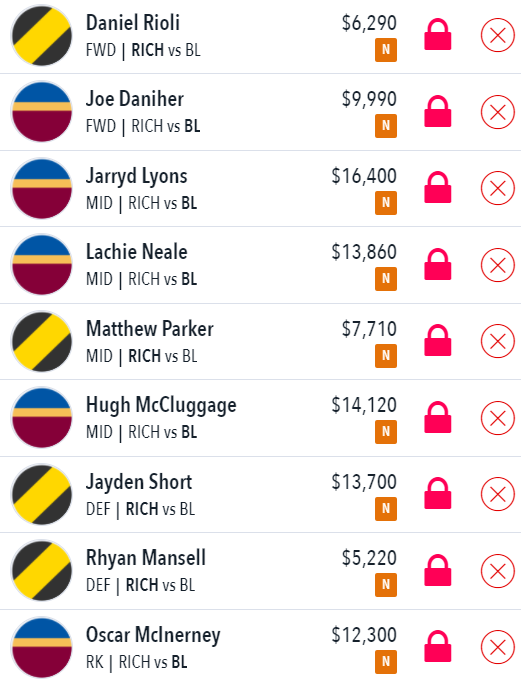