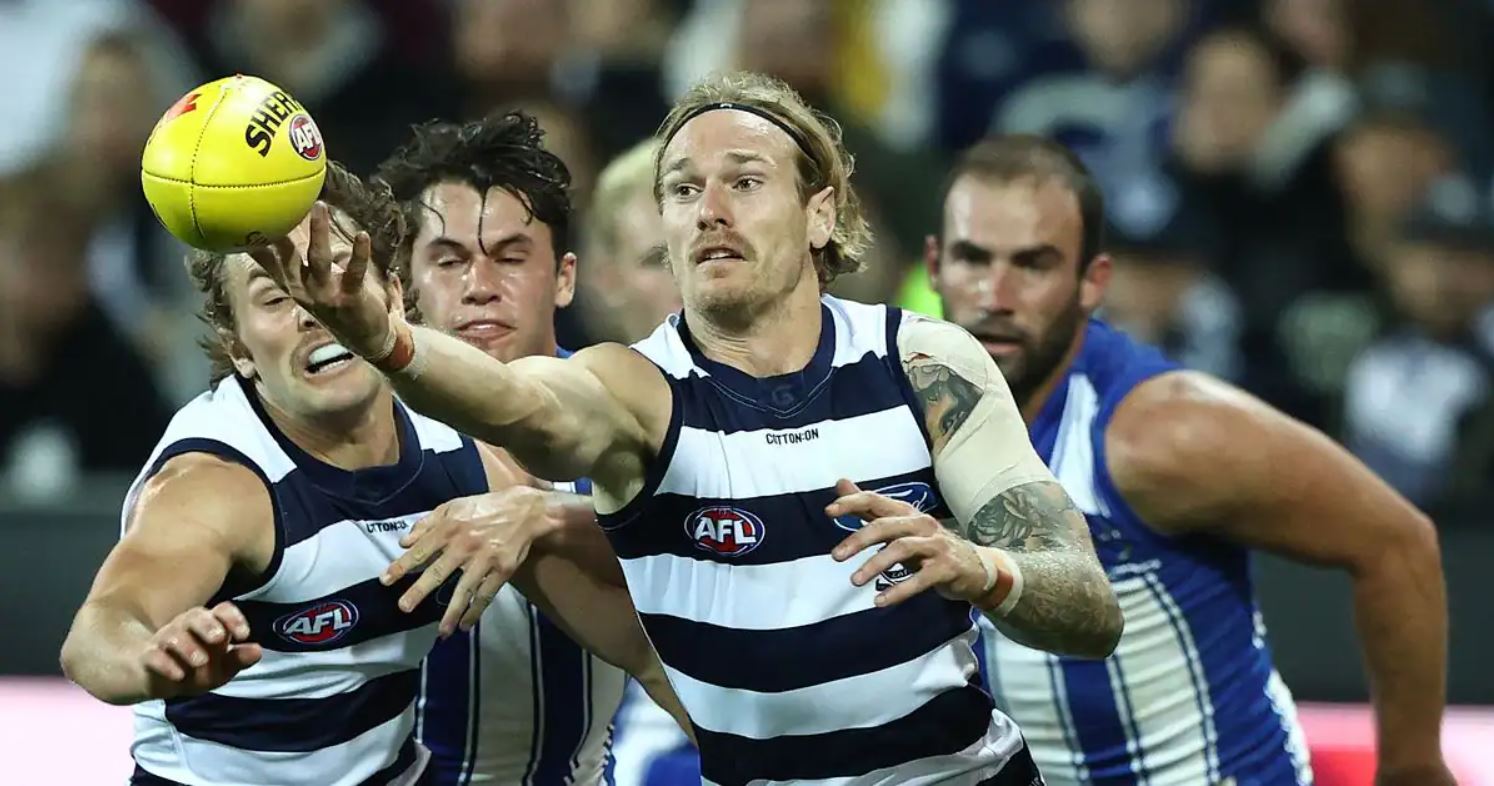 Round 18 of the 2021 AFL Premiership Season kicks off with another game of Thursday night football as Geelong travels out west to take on Fremantle. As always there are massive daily fantasy contests on offer: 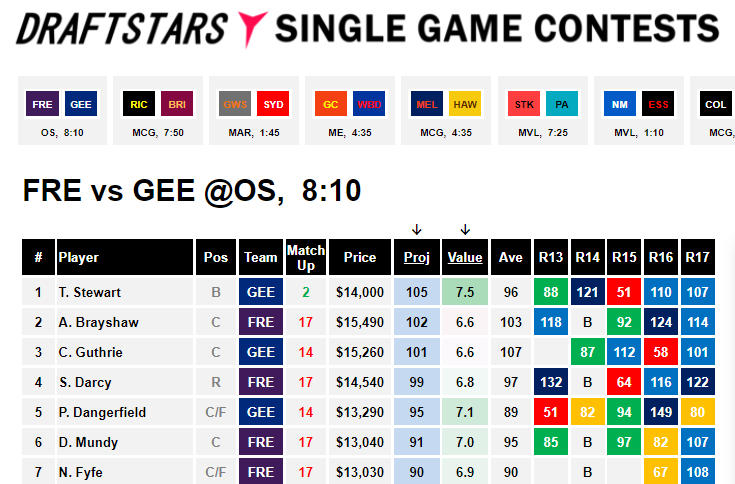 If it was a Horse race track, then it would be a heavy 7. Optus Stadium was drenched on Monday and the showers has stuck around throughout the week. However, come game time we shouldn’t see any rain activity from the forecast.

Backs agianst Fremantle have been a top play all season and nothing has changed as we head down the tail end. They have conceded 72 points per player, which is over 4 points per game above league average and highlighted by the fact they give up the most uncontested marks in the league. This makes for a dream matchup fo rthe Cats who love to rack up uncontested possessions (most in the league in 2021).

When you isolate the top three scoring forwards the Dockers have given up the most points in the league. Key forwards have been able to consistently take advantage of matchups against Fremantle and Geelong are favourites to win this game despite being on the road.

Jake Kolodjashnij (DS $6,210)… this slate offers very little in the way of attractive value options (particularly with the recent form of Quinten Narkle who will continue to be popular on a single game slate, and Mark O’Connor who likely will be needed up back this week). I will be looking to cheap Geelong defenders to link up with other backs as the strategy to save salary. As noted above the Dockers have given up the most points in the league to defenders this season and Kolo is the cheapest on the slate. He has hit 62+ 5 times this season.

Caleb Serong (DS $10,370) continues to play on the inside for the Dockers and last week unleashed a 30 disposal game notching up 100 fantasy points. That was a more favourable matchup than this week, however the Cats limit their opponents to the fewest uncontested disposals in the league by a considerable margin. As a result, I will be looking to roster contested players on the Dockers side and Serong’s price point allows for a spend up on premium Cats.

Tom Stewart (DS $14,000) has posted three games of 107+ from his last four matches and now draws the best matchup in the league for his position. Fremantle have given up 93 points per game to the top three scoring defenders, which is over 6 points per player above league average. Stewart will play the loose man in defense and the Dockers have little in the way of key forwards to worry about.

Cam Guthrie (DS $15,260) is my typical go to for the premium midfielder on Geelong. Fremantle give up the second most uncontested marks in the league and are in the top handful for uncontested possessions. This will be right in Guthrie’s sweet spot as a player who never stops working for that uncontested possession. He has just 4 games under 100 points all season and has shown 150+ upside. 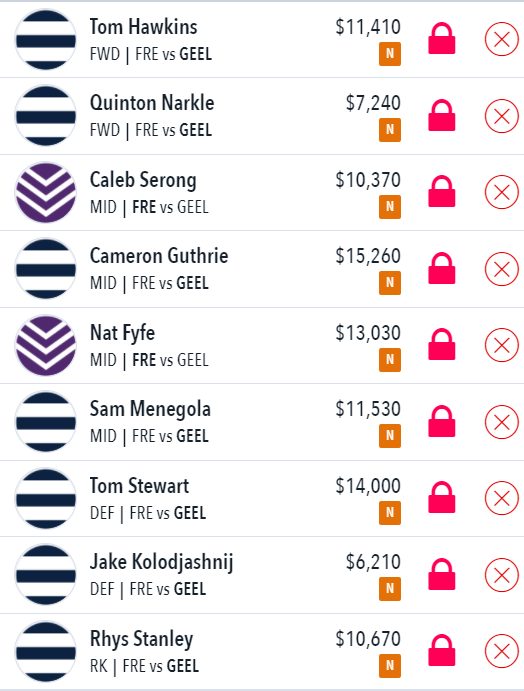