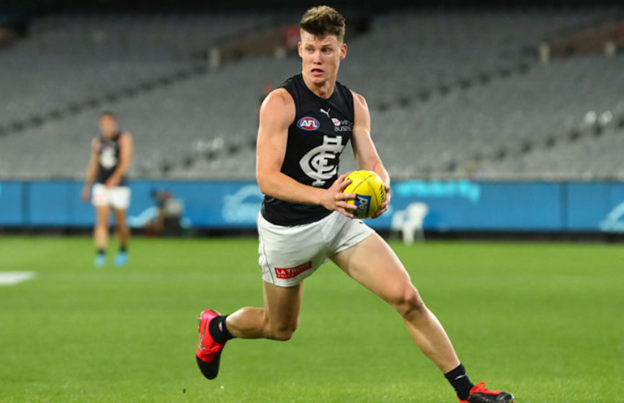 Time to close out Round 12 of the 2021 AFL Premiership Season with a 2 game Sunday slate.  The major platforms have us covered with a wide array of huge contests on offer:

Perfect conditions in Sydney, but there are showers expected in Perth through the afternoon right on game time. Up to 5mm of rain could impact the match pending what time the rain actually hits so keep an eye on the weather reports closer to lock and if it is looking like it will be wet consider avoiding outside heavy teams from that game.

Fremantle have been a great team to target with backs all season. Giving up 74 points per player (and 95 when you isolate the top three scorers) they have conceded the second most fantasy points in the league to the position. Meanwhile. Their opponent on this slate, the Western Bulldogs rack up the most possessions in the league, including the second most uncontested possessions.

Carlton have given up the most points in the league to forwards this season. It is worth noting the Blues are favourites in this matchup, however based on the seasons trends, rostering West Coast forwards looks to be a strong play.

Jack Silvagni (DS $6,580) delivered last week and still remains a solid price point (approximately $1k increase from last week). As a result, I liked him last, and this week I love him. Posting 73 points last round, he more than returned value and this matchup looks like another sweet spot for Silvagni, coming into a game where Carlton are favourites against the injury plagued West Coast.

Xavier O’Neill (DS $6,790) has been brought in to add further support to the Eagles midfields given they are now missing Tim Kelly, Luke Shuey and pinch hitter Liam Duggan. O’Neill looked promising last season, playing 5 games and displayed a skill set that could be perfect for fantasy. Expect O’Neill to be up around 10 centre bounce attendances.

Lachie Hunter (DS $12,040) looks to have moved back onto the wing predominantly as the Bulldogs continue to lose pieces of their starting midfield. Last week he had 93 fantasy points and 102 the week before that as he takes over the new role to help support the loss of Adam Treloar. Hunter has already had two season averaging 100+, which shows he has the capability to hit a GPP winning score. From his last two games where he has commenced this new role, he posted 102 and 93 fantasy points.

Sam Walsh (DS $14,930) has been an absolute revelation this season, pumping out an average of 108 fantasy points. It is never easy to live up to a hype as big as Walsh’s, but he has pretty much exceeded it halfway through the second season of his career. Walsh is playing both inside and outside this season, and both roles should enable him to take advantage of the Eagles depleted midfield. In addition, as noted above West Coast have given up the third most disposals this season, including top 5 most uncontested possessions and marks. This will play right into Walsh’s wheelhouse. 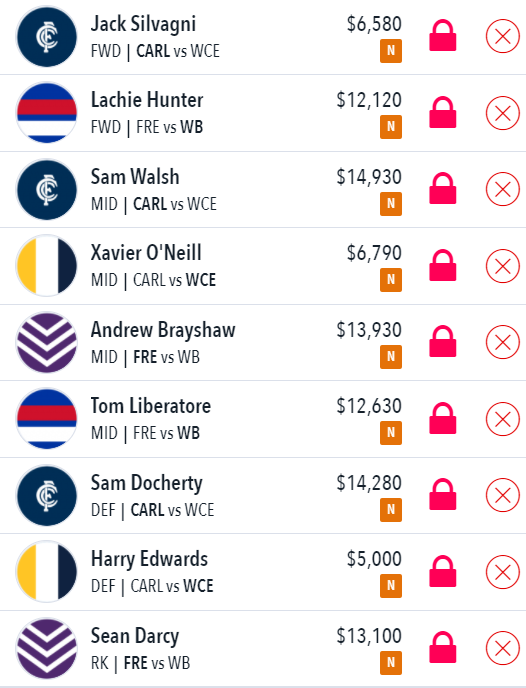