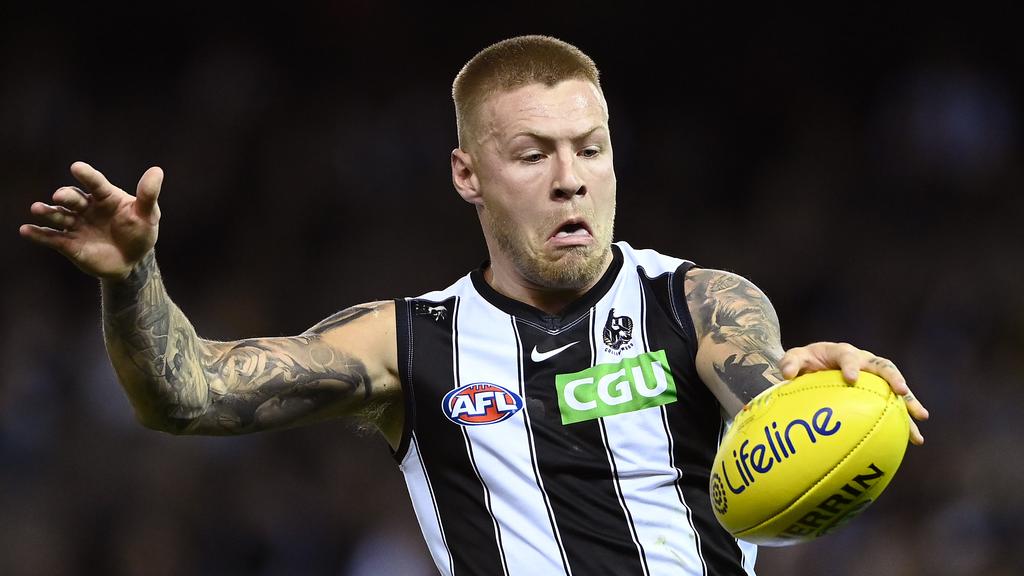 A bye round Saturday slate, which means we get 3 AFL games to dive into. As always there is a wide range of massive daily fantasy contests on offer, so pick your poison:

Looks like perfect conditions across Australia tomorrow for football. Let’s play some fantasy!

All season defenders against Collingwood have been an automatic play and that continues to be the case with the Magpies giving up 76 points per player, which is over 7 points per game above the league average. The other option if you are looking to stack up backs on this slate is to target St Kilda. The Saints have given up the fourth most points in the league to the position and 92 points per player to the top three scores.

St Kilda and Collingwood are the two teams that stand out to attack on through the midfield as well. The Saints have given up the most points to midfielders in the league this season with a massive 90 points per player. While Collingwood have given up the fourth most, the last 5 weeks have been a different story as they possess the ball themselves and starve the opposition to a degree.

Reilly O’Brien and the Adelaide Crows are the number one target for rucks in the league this season. They have conceded 89 points per game to the oppositions number one ruck, which is over 9 points above the league average (highest mark in the league).

Maboir Chol (DS $6,770) looks set to take the number one ruck duties for the Tigers this round with Toby Nankervis out of the line-up. Chol posted 62 fantasy points last week while playing forward and chopping out in the ruck, but this week he should see 60%+ of time in the position. The last time he was sole rucking was way back in 2019 where he posted a 56 point game against Adelaide, but as a pinch hitter Chol has shown upside putting up a 100+ point performance in 2019. The added benefit is you can play Chol forward if there is another ruckman you like on this slate.

Jordan De’Goey (DS $9,370) was finally let loose in the midfield last week. After a typically dismal first quarter chained up forward, Nathan Buckley finally let go of the reins and De’Goey unleashed to the tune of 109 fantasy points. The team selections this week do nothing to make us second guess the fact that this role will continue (although with Nathan Buckley behind the wheel, anything is possible). Jamie Elliot and Josh Thomas have come back into the team, which gives the Magpies more talent up forward to help cover De’Goey’s lost role.

Brodie Smith (DS $10,810) has been far from setting the world on fire this season, however he has shown he still have 100+ point upside two times this season. On this slate, he draws the top matchup in the league for his position against Collingwood. If Smith cannot capture some form in this matchup, he likely never will.

Rory Laird (DS $14,630) let us down massively last week posting his worst score for season (first time under 90 points). But the hardest thing to do in DFS is to back up over a player after he has burned you. This is what we will do here with Laird. His price has bumped down under the $15k mark and he draws one of the top matchups in the league for midfielders as noted above, with Collingwood giving up 112 points per game to the oppositions top 3 scoring players at the position.

Callum Mills (DS $15,260) has been a revelation this year after making his long awaited move to the midfield on a permanent basis. Averaging a massive 108 point per game he has posted just 3 games under 100 points this season, with a season low of 85 (only score under 90 points). On this slate the draws an elite matchup for his position against St Kilda who are giving up the most points in the league to midfielders. 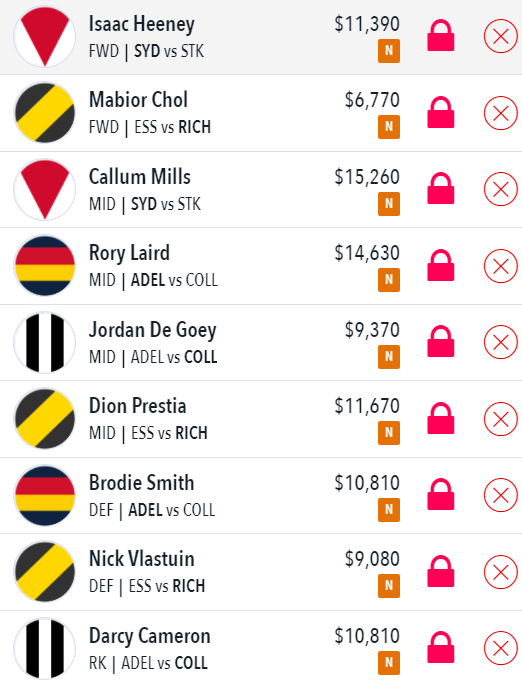