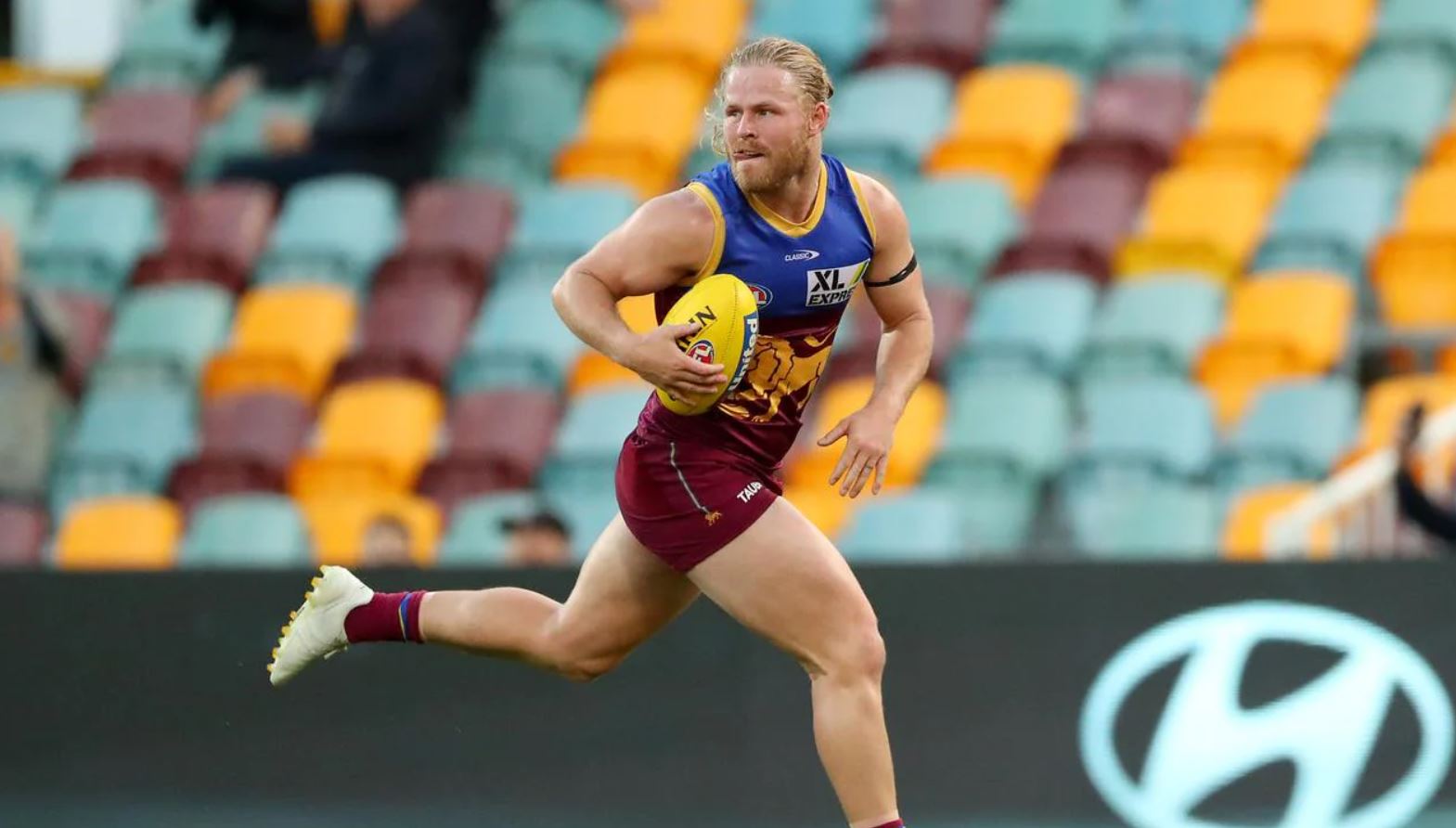 The second game of the semi final weekend in the AFL takes place on Saturday night with the Brisbane Lions hosting the Western Bulldogs at the Gabba.

The Lions will be looking to bounce back from last week’s loss in Adelaide at the hands of the Melbourne Demons, and will relish getting back to their home ground. The Bulldogs on the other hand come off a big win over Essendon in Tasmania, but now make the big trip north and have to deal with some rather strict hotel quarantine regulations to make their task just a bit harder.

Draftstars had some especially well-supported pools for the Cats v Giants game on Friday night and have another strong range of contests for this clash, including:

CHEAT SHEET FOR THIS MATCH 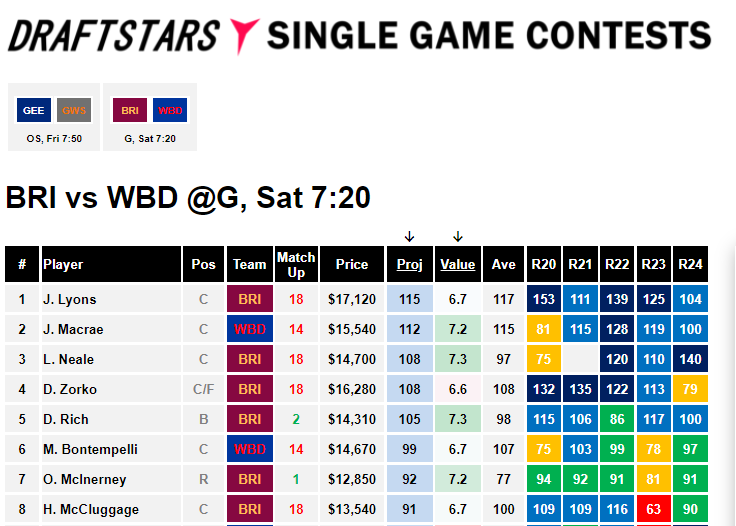 The forecast is for a top of 23 degrees with a possible shower, although that is expected in the morning and shouldn’t have any impact on the game.

They have tightened things up lately but playing defenders against the Bulldogs has been a good source of points across the season so far. Combine that with the fact that the Lions are bottom 3 for points allowed to opposition defenders and it looks a clear position to target the Brisbane boys.

On the contrary, while both teams are generally good at restricting opposition midfields, the Bulldogs stand out as the hardest team in the competition for your engine room to score against.

It really is feast or famine when you look at how to score against the Bulldogs, and it’s an absolute smorgasbord when it comes to the ruck position. Tim English has always given up plenty of points but recently he has played predominantly forward, leaving the inexperienced makeshift ruckman Lewis Young as the number 1 ruck option. The Lions do give up slightly more than average points themselves, but big Oscar McInerny will be licking his lips at this matchup.

Lewis Young (DS $6,860) has his work cut out for him against the Big O but he is priced quite attractively for someone who looks set to play most of the game in the ruck. He only had 45 last week against Essendon but as shown above, Brisbane isn’t the worst matchup for an opposition ruck and has a number of scores over 50 since getting a run in the ruck. He’s unlikely to get more than about 60 but he’s a pretty safe cheap option.

Jarrod Berry (DS $7,990) has put together about 6 games now since returning from injury and is slowly hitting his straps. He has gone 75+ in his past two games which is obviously a great return at this salary. His role is still a concern as he has been spending time forward of the ball, but this is a price where a 10x return is extremely possible for a very solid footballer.

As mentioned above, Oscar McInerney (DS $12,850) gets a terrific matchup here and looks the pick of the ruck options. He has found some proper consistency late in the year, with his last 6 games returning 81+ including 5 scores over 90. When these teams played earlier in the year he scored 88 but that was against his old sparring partner Stefan Martin. Against Young, he should do as he likes.

Daniel Rich (DS $14,310) is having just about the best year of his career and appeals as the leading Brisbane option in defence. He had 29 touches earlier in the year against the Dogs at Mars Stadium but does seem even better suited at his home ground. Given the matchup and how much the Lions love getting the ball onto his booming left foot, he appeals as one of the safer premium options on the slate.

He’s the captain of the club and one of the leading fancies for the Brownlow Medal, and now it is time for Marcus Bontempelli (DS $14,670) to stamp himself on this sudden death match. His scores have come back in recent weeks from the big tons he was pumping out through the middle of the year, which has also seen his price reach one of its lowest levels for some time. Brisbane do give up an above average amount of contested possessions - mainly because of their contested style of game - and Bontempelli should be right in the thick of the action to capitalise. 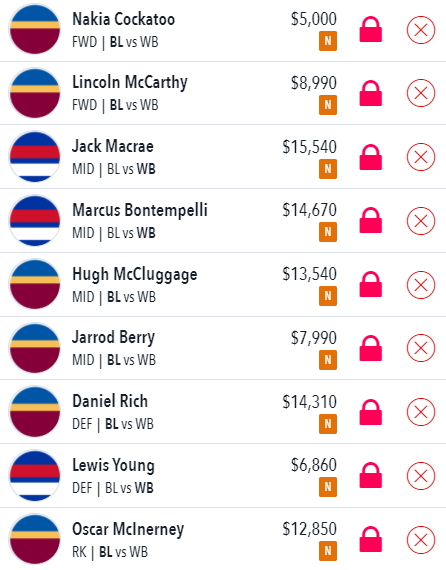