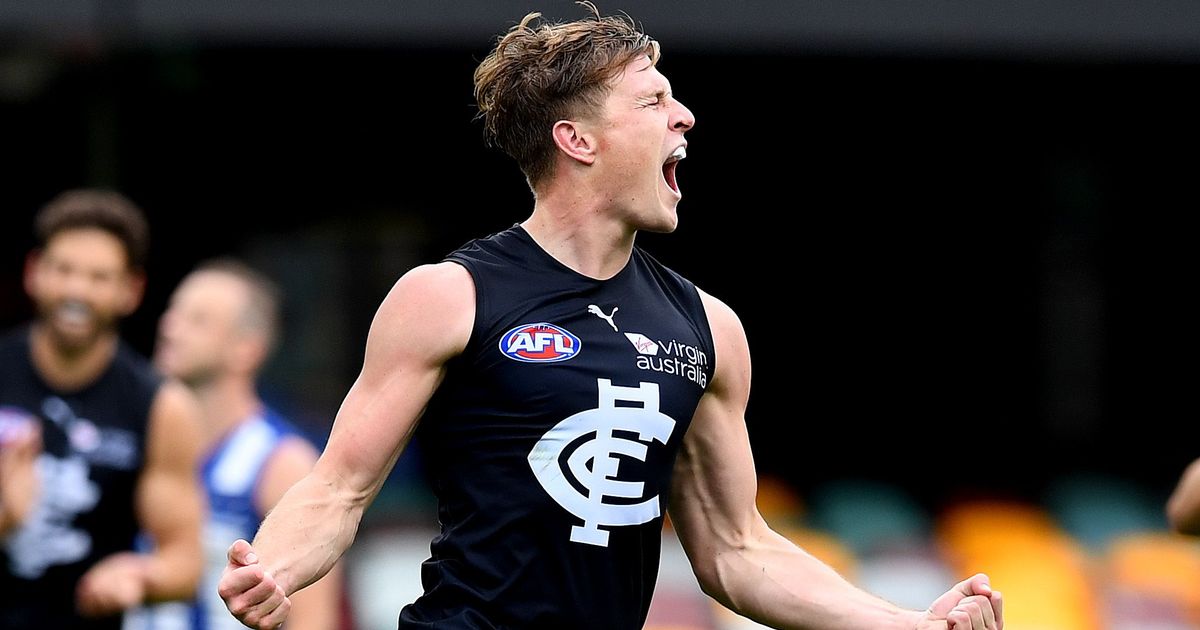 A two game slate on a Friday night is an interesting change, but these are interesting times. It’s my first AFL preview and I’m looking forward to playing for some nice prizes on both Draftstars and DraftKings. 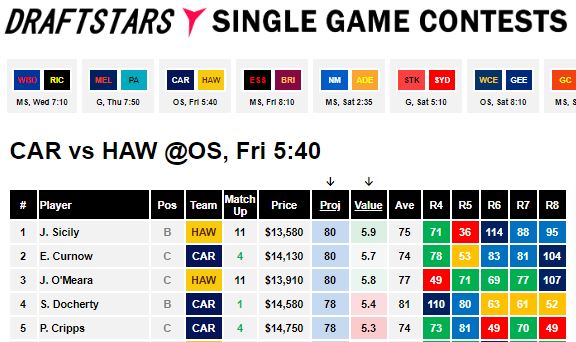 Both of these games feature teams going in opposite directions, with Carlton and Brisbane firmly in the group of teams on their way to the top, while Hawthorn and Essendon are constantly criticised for various deficiencies. Carlton in particular are an interesting proposition with 5 of their 8 games being decided by 7 points or less, and only one big win to speak of against the volatile Bulldogs. I won’t be at all surprised if Hawthorn has something to say about those odds, ageing side or not. Hawks, Bombers and Lions all have plenty of team changes for this week, headlined by Dylan Shiel and Jono Ceglar back in, and Daniel Rich and Conor McKenna out. Hawthorn and Essendon possibly look better, Lions look slightly worse, and Carlton look fairly settled with just one like-for-like change.

In line with the odds, the fantasy trends point to Carlton and Brisbane stacks for this slate. Hawthorn and Essendon give up more 80+ games than anyone else. Hawthorn are well known for giving up plenty of those points to backs, but are also top 5 targets against both mids and forwards. Essendon can be targeted with mids and forwards also, as well as being the top target for rucks. It goes without saying that Carlton and Lions stacks are going to be very popular.

FWD's: Following the trends, we want to find some Carlton and Brisbane forwards to take advantage. Matt Kennedy DS $9,690 / DK $5,500 was a popular play last week for his 91, and although he’s playing mostly forward instead of midfield, he has plenty of upside again at this price. David Cunningham $9,120 / $4,300 is in a similar position and is likely to be much lower owned, but showed a massive ceiling with 99 points earlier this season. Brisbane has several forwards that can go big on their day. Charlie Cameron $9,500 / $5,200 is the team's focal point, and could easily kick a bag if things fall his way. Eric Hipwood $9,550 / $4,700 is much more volatile, but his ceiling is more than good enough at his price.

However I am very interested in Cam Rayner's $9,830 / $4,800 upside in this matchup with the Dons. Rayner has been growing into himself before our very eyes, and although his role is still mostly forward, he’s been scoring just fine with more upside to come.

For my pick, I’m going back to Hugh McLuggage $14,080 / $6,600 who had a few quiet weeks but showed us what he can do with consecutive hundreds earlier in the season. Essendon are currently 3rd in the league in conceding fantasy scoring to midfielders and I am taking the discounted salary compared to Neale and Lyons.

For the Defence, I am looking at Sam Petrevski-Seton’s $9,930 / $4,800 box scores which look like an actual roller coaster! The trend says it’s time for a down week but I think the best matchup in the league will take care of that nonsense. If he can repeat last week's 70-odd, that is more than enough. First in for me!

I am taking a punt on highly rated debutant Sam Draper $5,000 / $3,000 at the minimum price. Draper may not be the worst option, where a poor 35 points might be enough to match the value of the other horrible ruck options.

Final Word: I’ve focused heavily on Carlton and Brisbane players, but we all know that the bookies are often wrong, so don’t be afraid to explore some Hawks or Bombers if you think an upset is on the cards. Good Luck! 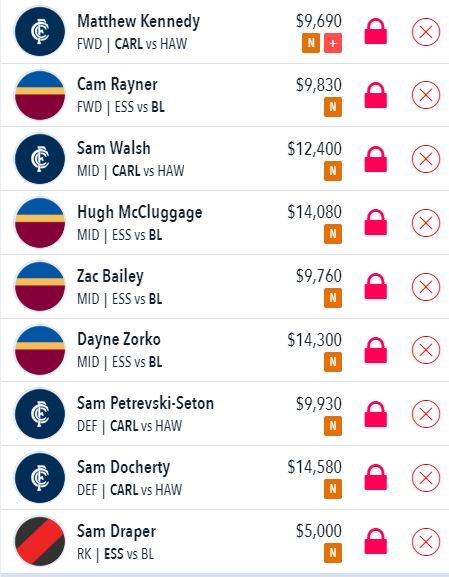