Onto day 2 of the 20-day frenzy with Melbourne facing off against Port Adelaide at the Gabba. Another day of AFL action means another day loaded with daily fantasy contests:

Second straight night of perfect weather conditions with no sign of rain at all. As always nighttime in Queensland can bring a bit of dew making things slippery but all in all conditions should be spot on.

Melbourne have been picked apart across the backline all season this year. They have given up the second most points in the league to defenders and this has included being exposed by both the top scoring players (3rd most to top 3) and lower scoring (most to bottom 3). So, they can be targeted by anyone in defense and you can expect high ceilings and high floors (music to my ears!).

The midfield hasn't been much better for the Demons this season. Giving up the second most points in the league to the position, only behind the lowly Adelaide Crows. They have also conceded a massive 93 points per game to their opponents top 3 scoring midfielders.

Given the points conceded it is no great surprise to see that Melbourne are giving up the second highest mark of uncontested possessions this season and the most uncontested marks by a wide margin. These are two of Port Adelaide’s strong suits so looking to target Power players who love to find space and rack up uncontested touches should be high on the priority.

Sparrow is a young midfielder who played 2 games for the Demons in 2019 before an injured knee kept him out the majority of the year. During those two games he managed 11 possessions and 4 tackles per game. While hasn't been a huge disposal winner his skill is around the contest and if he gets an opportunity through the midfield at all could pay off the near minimum price tag. Sparrow also comes into consideration when we are trying to get Gawn into our line ups so considering the possible opportunity cost of that is critical to your builds.

Is there a more uncontested player than Sam Mayes? As we noted above this should be a feast for the Powers players who like it on the outside and as a result I will be piling into Mayes as a value option on this slate. He showed in his first game this season that he has 60+ point upside, which is plenty at his price point and there will not be too many better opponents for that type of game than the Demons.

Melksham has quietly got things back on track recently after a horrific start to the season. Posting 61, 48 and 54 in his last three games, which is in the range for GPP winning value at this price on single game slates. The matchup isn’t ideal, but he makes for a salary saver play in your Demon stacks.

Did I just ask whether there was a more uncontested player than Mayes before?? Well we already found it. Over 10 of his 14 touches per game are uncontested and essentially everyone one of his marks is. Amon should be relatively low owned on this slate and that is the main draw card over other similarly priced players as this is the perfect matchup for him to hit his ceiling of 70+ in the shortened quarters format. He also makes for a great play in Port Adelaide stacks given his uncontested style works well with linking with other players.

The price tag can make things difficult, but he is pretty much the form fantasy player in the league right now (one of just two players to be averaging over 100 points per game this season). He is by far and away the most dominant ruck man and on this slate, he draws the juicy opponent of Peter Ladhams. Just 22 years of age and his third game for the season, a seasoned Max should put him to the sword for well over 100 points. The only question is whether the value you use to roster him will make it worthwhile.

With Tom Rockliff returning I would expect Houston to slide into more a defense role similar to where he was playing earlier in the season. As a result, a fade on this slate is looking like the move. 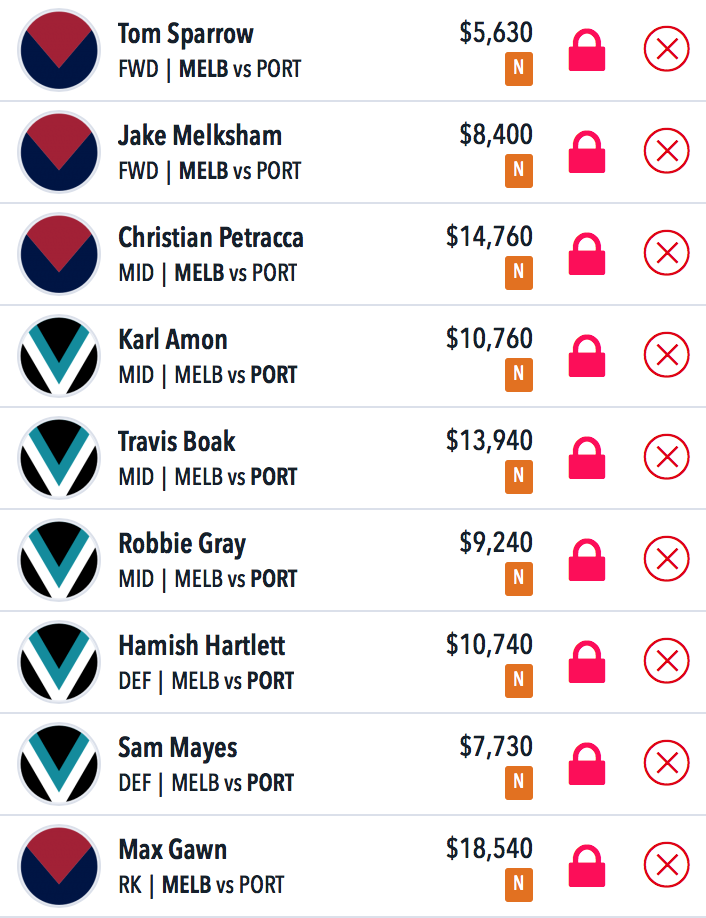 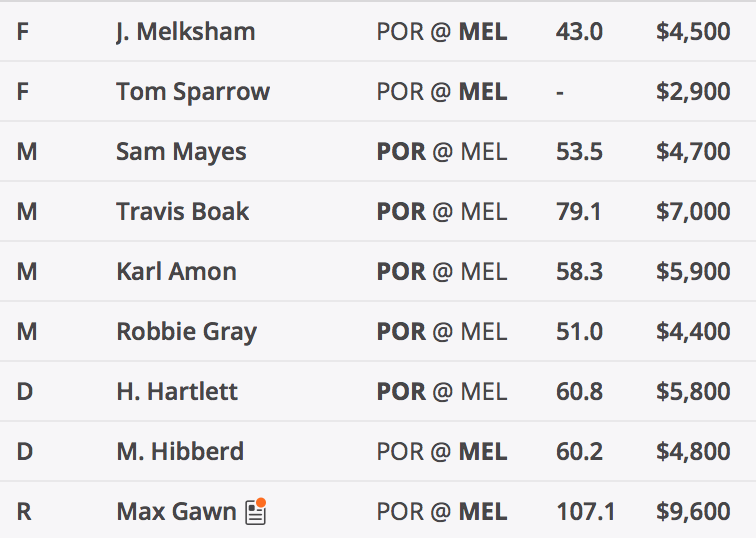