On Friday night we leave the bubble out west and head north to Queensland for a battle between Essendon and the Western Bulldogs. Daily fantasy has plenty to offer for this big Friday night clash with another day of $100k contests: 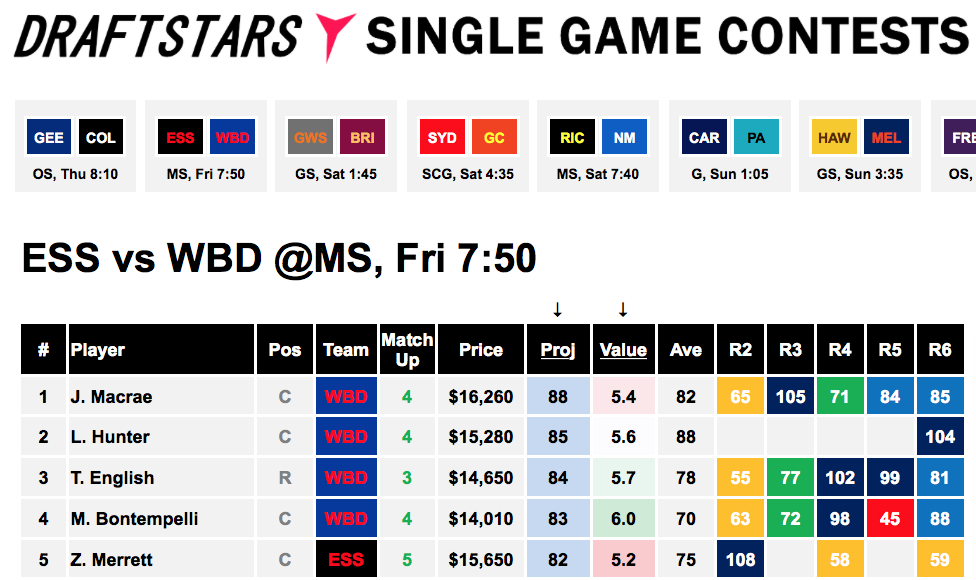 Looks like things are all clear for a perfect night of football.

We could go either way on this slate for defenders with the Bulldogs and Bombers being almost tied for the fifth easiest team to score against via backs.

Despite sitting in the top four currently the Bombers have leaked fantasy points through the midfield. This is especially true for premium midfielders where they have given up 90 points per game to the top three scorers at the position. The Bulldogs aren't too far behind at 85 points per game, but after last week when the Bulldogs got pantsed but still cleaned up the fantasy battler there will be plenty of Doggies stacks out there! Woof!

Tim English is really starting to barnstorm through the league and hit the potential he has flashed for the last two seasons. This has almost led to him no longer being the walk over in the ruck that he once was. Conceding just 76 points per game to oppositions number 1 rucks, which is still the 6th highest mark in the league (but a far cry from clear number one). On this slate he looks to be the tougher opponent with Essendon and Andrew Phillips giving up 82 points per game to the position.

Fantasia played across half back last week and finally found himself a touch of the football for the first time in over a year. Racking up 19 disposals en route to 64 fantasy points he is a lock and load play at this price. Especially considering it is an elite matchup for defenders. If you are looking for a reason to fade there was some talk this week out of Essendon that it is not necessarily a permanent move and Mason Redman returned to the team this week.

Smith is the easiest Bulldog midfielder to fit in at his price point after his partners in crime got a massive price boost after last week's fantasy fill up against the Blues (note the Bulldogs still lost). Smith is one of the few players for the Bulldogs who looks to be locked into the midfield every single week and he has topped 90 points three times in five games this season. As noted above going against Essendon is a top matchup for midfielders and I will be starting my builds with Smith due to his reasonable price point.

Parish moved into the midfield finally last week with 12 centre bounce attendances (only behind Ash McGrath if you don't count the ruckman). He rescinded with a 72 fantasy point performance and has historically shown that if he gets a role in the middle he can pile up the points. With Dylan Shiel out due to suspension I would expect Parish to be kept in the middle and he pretty much becomes a lock and load play.

The hype was huge on this kid coming into the season and then he got totally obliterated by Grundy in round 1 before coming back slow from the COVID-19 break in round 2. Since then he has flicked the switch and started living up the fantasy potential we have been drooling over for seasons. Averaging 90 points per game over the last four (108p equivalent in full timed games) he has absolutely dominated his opponents around the grounds. Phillips has been conceding the fourth highest mark in the league to rucks this season, so if English can break even in the ruck contests a ceiling game could be on the cards.

Pretty safe to target Bulldogs midfielders than trying to figure what the Bombers will do. 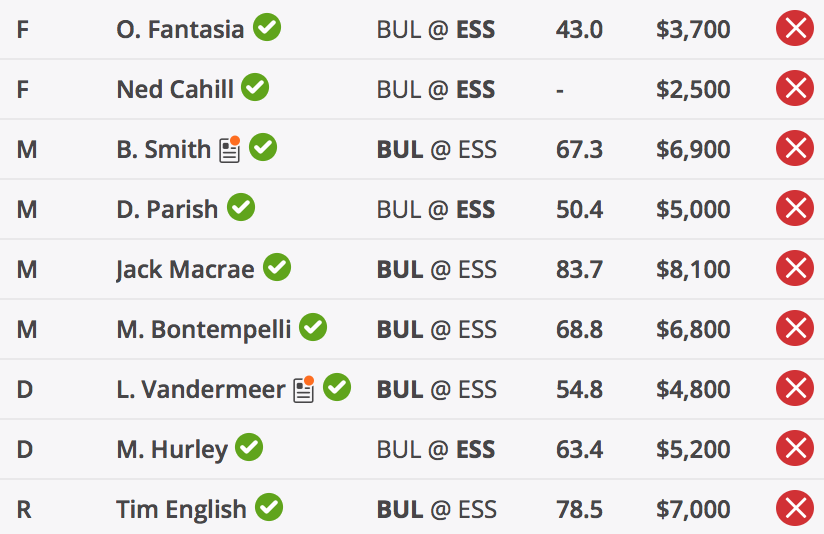