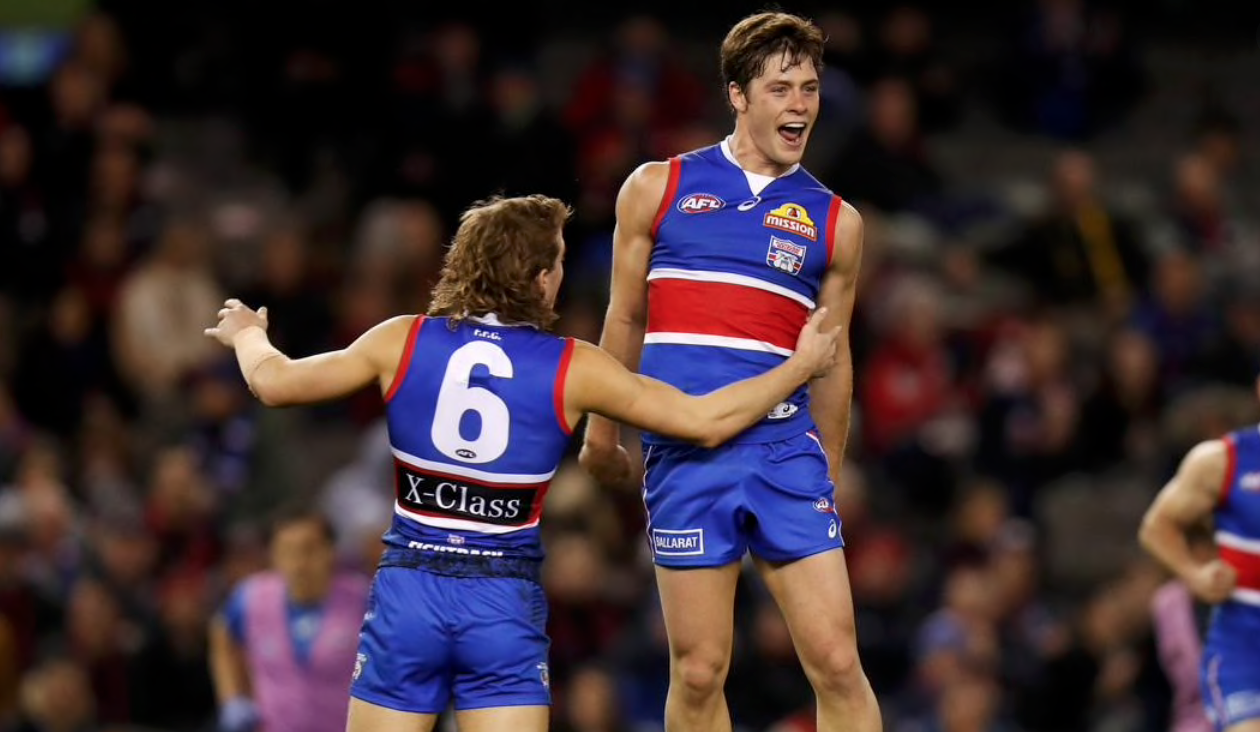 This will be the last three game slate of season and possibly the last time a main is a multi-game slate as we head into finals football. So, lets tuck in and enjoy! As always, we have a huge number of daily fantasy tournaments on offer:

Slight chances of small showers across the board tomorrow, however nothing that we would expect to significantly impact the games. Cairns would be the major location to consider as after a 30 degree day in the north of Queensland the ground will be like a great big oil slick at night time.

The dream matchup for backs is playing the Hawks who have given up the most points in the league to the position and have been a team you can attack via defenders for years now.

Gold Coast continue year in and year out to concede fantasy points through the midfield. They have tightened things up somewhat this year but still gave up the third most points in the league to the position. The interesting thing to point out with the Suns is that they tend to give up points to the lower scoring midfielders rather the top scorers, which means we can hunt for value plays with high floors.

The dream ruck matchup is on this slate as Tim English and the Bulldogs have given up 8 points per game over the league average to the number one ruckman at 78 points per game. The game will also be slippery, which should lead to more stoppages and you can expect Sean Darcy to win the majority.

The old favourite GPP play of key backs against the Hawks. If you have been reading these previews all year you will know how profitable the play has been given you can find a low owned value play who will typically return above his price point. As we noted above the Hawks have given up the most points to defenders this season and Collins has show upside for his price this season with a high score of 72 fantasy points.

Gold Coast have brought in two wingers who are sitting at the minimum price point for their final game of the season. We have already seen Sharp this year and his effects during the preseason showed he could find the football. In the single game he played this season, however, he managed just 27 points, which means his ownership will likely be down this time around. Farrar is a mature aged recruit on debut straight out of the SANFL, which looks more attractive given he is a much bigger body. This size would do him well in a slippery more contested contest.

Darcy has posted back to back 69+ point games, which is perfectly adequate for his price point on this slate. The added bonus is as we noted above he draws the best matchup in the league for ruckman and the game conditions should result in a number of stoppages. Darcy has a ceiling of 80+ in the shortened quarters and that score is legitimately in play with this matchup.

Blicavs price is getting up there but I still love this play. I’d be surprised if he is high owned given the price point and as we saw last week when he posted a 90+ point game against Richmond. He has the capability to hit a GPP winning score. He is splitting duties in the ruck and spending plenty of time up the ground on the wing late in this season, which has given him far greater fantasy scoring opportunity.

When Luk gets an elite matchup for backs he can certainly rack them up. Earlier this year against the Tigers who are notorious for given up points to defenders he posted a massive 107 points, which would point you right in contention for big GPPs. On this slate it is the absolute best matchup in the league for his position against the Hawks and that means 3 figures are certainly in play.

Dunkley is seeing his midfield time creep up after his return from injury and in addition he is around the ball as the makeshift ruckman, which is helping contribute to his back to back 100+ point games. His price is still attractive for that output and as an inside player he will be well suited to the slippery conditions. 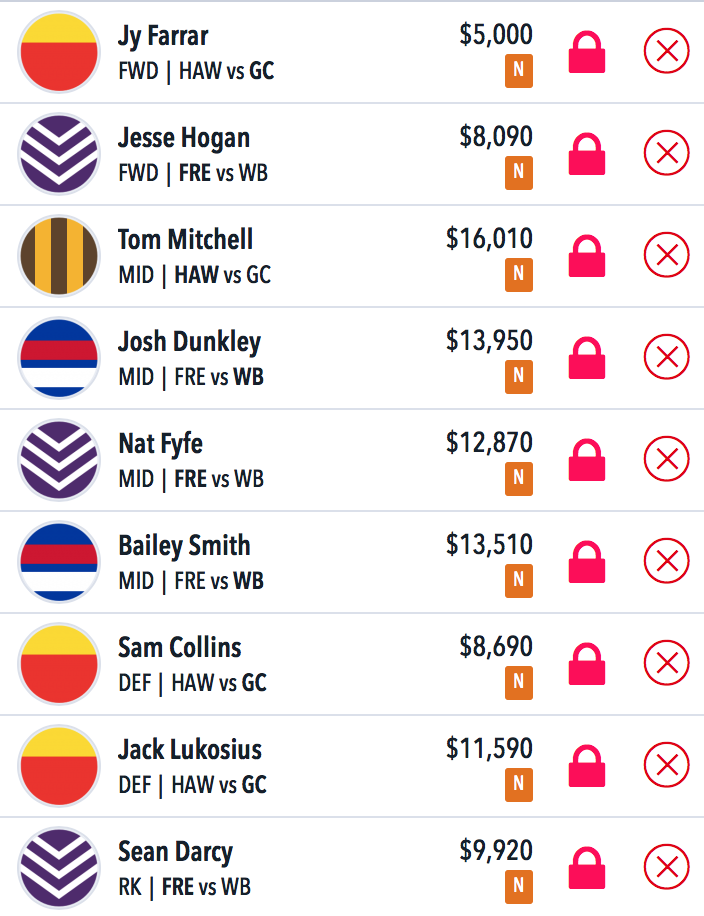 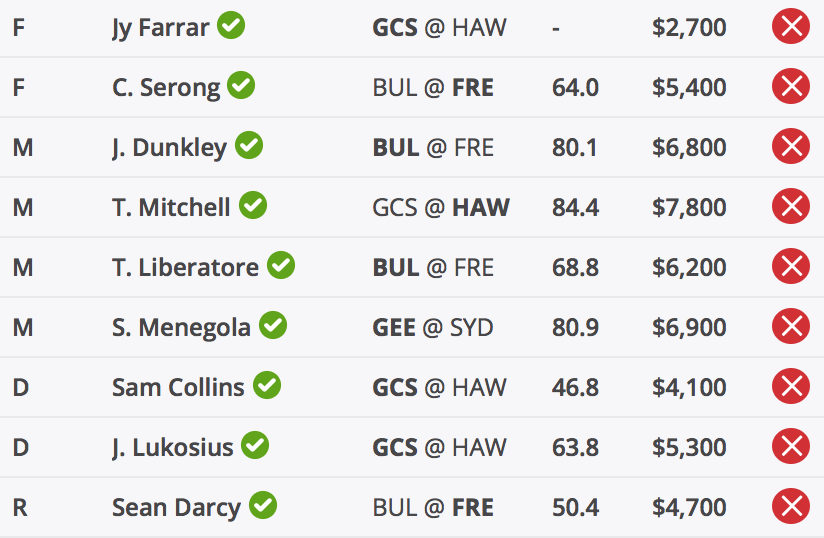