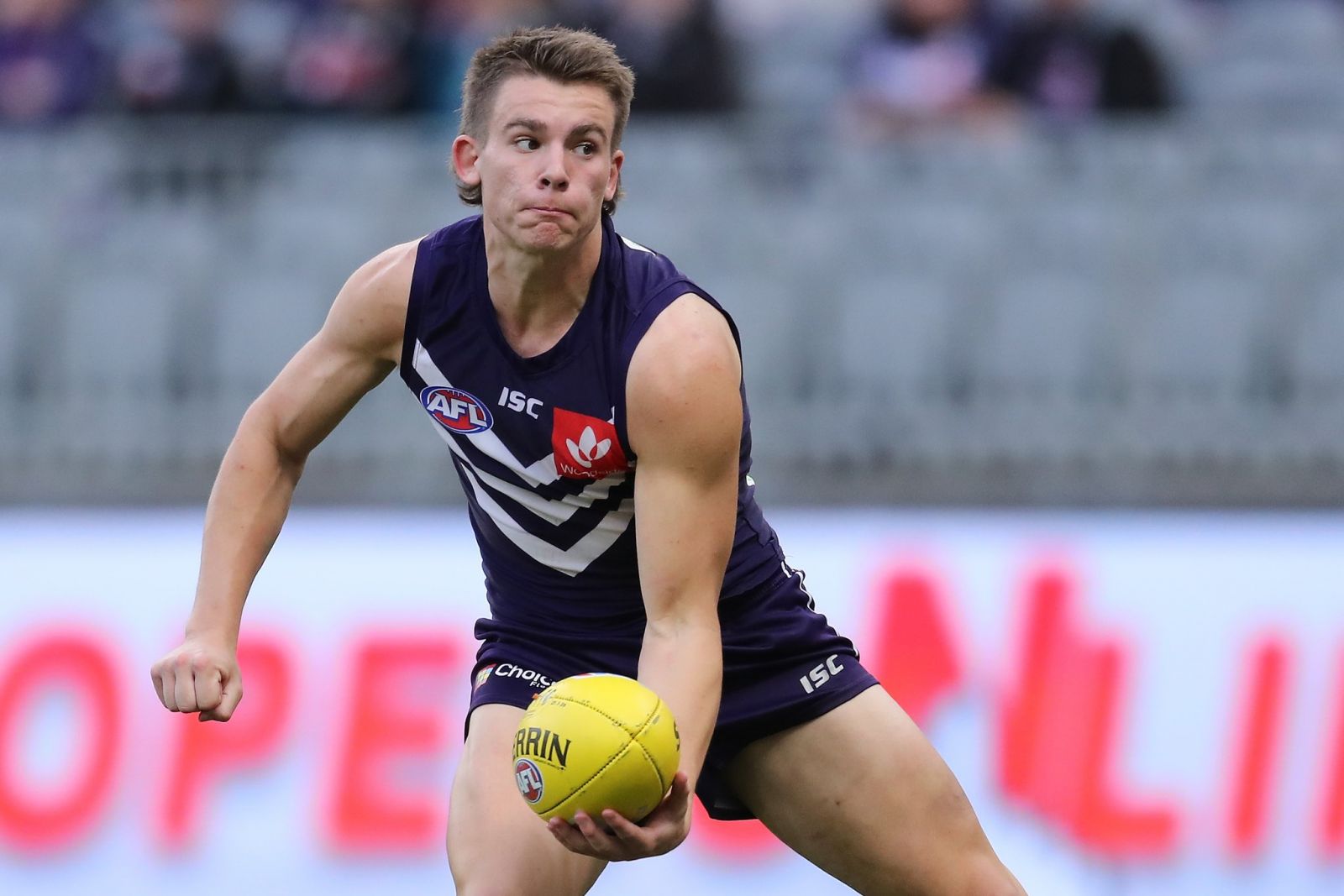 Not sure what day it is or who is playing today? It has become a whirlwind, but the frenzy continues with TWO games on Monday evening. The Saints and Cats is the first game followed by the Dockers and Hawks in a very late night offering. Whether you are a little bit fatigued or looking for more of that action, the daily fantasy sites are always offering fantastic pools: 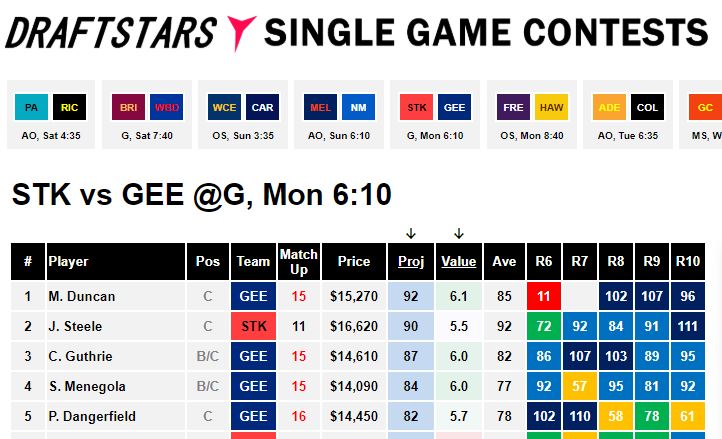 No issues in Brisbane as sunny skies will lead into a cool evening. But let’s talk about Perth. On Sunday it was supposed to bleak, wet and sloppy conditions. Come afternoon the sun was out, the overs saluted and the surface look great. Now take this forecast with a grain of salt, but its not like we are playing in a mud pit.

Two contrasting games we have here with Geelong and St Kilda both limiting team fantasy scoring, yet Geelong does have an appetite to score through uncontested marks and uncontested possessions. Whereas Fremantle and Hawthorn have been scored heavily against but alas have put up low fantasy numbers throughout the season.

The question we have to ask ourselves is “does or if” this forecasted weather has an effect on fantasy scoring in the Dockers/Hawks matchup? If not, then you could attack a combination of Hawks and/or Dockers backs as these two teams are league leading in fantasy points against. The Hawks do not mind teams building out of defense through uncontested possessions down back. However, if the weather lingers or at least affect the game, then the uncontested possession narrative is destroyed.

All four midfields are average to below average in conceding through the middle, so much so, no team show up in the tables above. I will note that the bottom 3 midfielders for teams playing against Hawthorn (15th), Fremantle (17th) and Geelong (18th) are low and have struggled through the midfield. So you many need to look at avoiding the cheaper guys through the middle.

All four teams Ruckman are all a combination of dual setup (St.Kilda/Fremantle/Hawthorn) or lacking a “premium” option (Geelong). Whilst still high, the Dockers, Saints and Cats scores against for #1 rucks have come down in their previous 5 games. I don’t want to bang on this again but if this Freo/Hawks game is wet then the salary savings achieved from Darcy and Ceglar have me interested.

In typical Smatho fashion I am contradicting myself by mentioning a value play when the Cats are 18th for Bottom 3 Centres. Bytel the no 41 pick in the 2018 Draft, spent 2019 on the sidelines after having back surgery. Bytel has been impressive in his inside roles in scratch matches for the Saints and whilst I cannot guarantee he is a like for like replacement for Zak Jones, he is every chance to attend some centre bounces in the absence of Jones, Hannebery, Dunstan and Ross who are out of the side.

Hill returns to the side for the umpteenth time after another injury (an abductor injury is the latest one), but when on the park he has been consistent in his fantasy scoring with an average of 54.7 in his last 3 games. Not a known wet weather bull (quite the opposite) but if the conditions are conducive of rebound footy through half back/wing then Hill can possibly get you value at his salary. Low confidence but value is hard to come by here.

Ooooohh, revenge game narrative anyone? While I do not have any data or evidence that players playing their long term ex-teammates is a thing, Steven will be up for this one. He was certainly up in Round 11 with season high possessions and fantasy scoring against the Kangaroos. The salary has only increased slightly, and his dual position availability is a plus. Word of caution though, where does Steven fit with Duncan, Menagola, Dangerfield, Selwood, Parfitt and Guthrie rotating through the midfield?

92 Fantasy Points against the Pies, 98 Fantasy Points against the Cats. Serong is starting to put together a very impressive body of work and is not getting the attention of plaudits in this debut class of 2020. 75% of CBA’s last round despite Connor Blakely returning to the side. Question is can he keep it going during this compressed period? At this salary it is worth a shot!

Given the absence of Zak Jones, this sets up as a significant amount of potential work for Steele. Steele has only dipped under 82 fantasy points twice all season and it shows being the most expensive player on the slate. The Cats are around average for Centre fantasy points against and I cannot see any of the Cats playing a tagging role on Steele. If you can get to his salary then have the confidence of another high scoring performance from Steele. 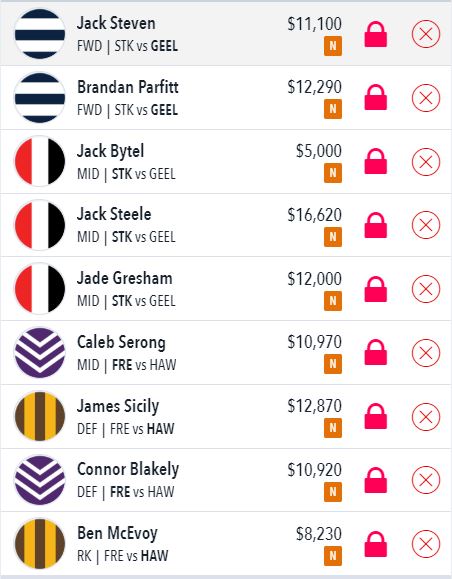