Overconfidence and Optimism Bias in DFS 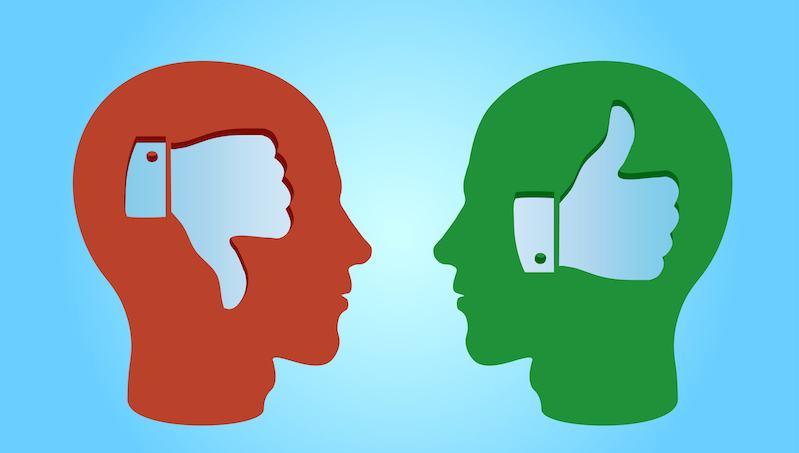 In this article we will be covering two closely related biases which are highly prevalent in DFS decision making - Overconfidence and Optimism Bias.

These two emotional occurrences coincide with the previous article on Information Bias. Where more information doesn’t necessarily lead to better decision making.  Similarly, overconfidence and optimism bias can lead us astray when making decisions based on irrelevant information or a distorted perception of a situation.

This article will walk through overconfidence and optimism bias, how they come about and what we can do to manage them, instead of being led by them.

OVERCONFIDENCE = when a person tends to be more confident in their own abilities, which is misaligned with the expected probability of the situation.

This miscalibration of our own subjective projection of our abilities can lead us to make bold and incorrect choices, without factoring in the important contextual factors. For example, if somebody gets on a DFS run, whereby they make a string of correct line-up decisions in a row. They may feel like they have a high level of skill. This may be correct, or it may have just been luck. But the consequence of this is, they may begin to take additional risks outside the scope of their current abilities. Closely related to overconfidence, is optimism bias.

As we can see, both overconfidence and optimism bias are linked in the fact they cause us to incorrectly perceive our abilityand lead us to make poor and risky decisions. This is incredibly important in cash game line-up construction, where you are not looking for low owned players who can break a slate, instead the consistent performers with reliable scoring histories to place you above the cash line.

Why does Overconfidence and Optimism Bias occur?

Overconfidence evolves from our desire to think we are better than the average. We want to believe our ability (in DFS) to predict something happening is greater than our peers, providing us with an edge. Additionally, overconfidence can be compounded when our knowledge of a field or past performance make us feel more able to predict future outcomes occurring.

Example: Selected Jarrod Cameron (who kicked 4 goals) and Josh Bruce (who kicked 6 goals), creating a sense of invulnerability or enhanced ability due to the series of successful decisions.

Optimism bias is similar in its origins, specifically an illusion of control over the uncontrollable. This is apparent in DFS when a key player is out of the team, opening an opportunity and favourable change in role for a player. With out looking at the contextual factors, we believe that a specific player will get a boost in scoring. Optimism bias sees our belief of this positive event occurring higher than it should be and concurrently can cause us to believe we have some control over the outcome.

Example: Patrick Cripps injured, and we believe Paddy Dow will get a boost in role. Eventual outcome was Jack Silvagni moving into the midfield for a tagging role.

We may have been optimistic that Paddy Dow would get the increased midfield minutes, and because we saw this as a positive outcome, our belief it would occur is heightened. So, what can we do to manage and overcome such occurrences?

How to manage Overconfidence and Optimism Bias

Knowing where these two emotional biases originate, helps us formulate tools to counter their ability to influence our decision making. Firstly, overconfidence comes from a perception of increased ability due to recent good results or a desire to demonstrate we are better than our peers. As such, when we are on a run of good results, we need to maintain our original process of line-up construction. Ensuring all processes and contextual factors are accounted for, instead of adding additional information (information bias) or skipping over important processes. Secondly, our desire to beat our peers is a driving factor of playing DFS, to see our names on the top of the leaderboards and the DFR Rankings.We need to be aware of not selecting players just because they are low owned in the hope they break the slate and we can show we chose them. Instead we need to be aware of a player’s likely range of outcomes, ideal exposure percentage and conduct objective based research. If we can prevent overconfidence from influencing our decisions, we can make objective based decisions not only in line-up construction, but also contest selection and bankroll management.

Optimism bias operates as a key function in distorting reality. It influences our perception of the likely probabilities of an outcome. When looking at negative outcomes in DFS, we have injuries, tagging, weather effects and role changes to name a few. Understanding that optimism bias may distort our view, causing us to perceive this negative outcome to be less likely to happen to us, is key to managing this bias. To combat optimism bias we can do two things:

By asking ourselves what the worst-case scenario could be, we immediately combat optimism bias from distorting our perception and provides us with a base outcome we can start with. Building from this, we can probe the question further, exploring other possible outcomes and continue to readjust out decision. This will lead us to create a range of possible outcomes for a scenario and will highlight the worst-case outcome that could arise. Helping combat optimism bias, by ensuring we don’t select a volatile player just because we believe a poor game is less likely to happen to us.

As we can see, these biases can easily influence our perceptions and decision-making ability. However, they can be also very easily managed by taking a moment to pivot back to embedded research processes and create a range of expected outcomes. Asking these questions allows us to act with reflection on the situation at hand and avoid making un-informed and emotionally driven decisions.

This is the sixth instalment of Kansas' cognitive bias articles. Click below to check out the others.

1. How To Manage Tilt in DFS

2. Dealing with 'Anchoring Bias' in DFS

3. Understanding the Effects of 'Belief Bias' in DFS

5. Dealing with 'Information Bias' in DFS