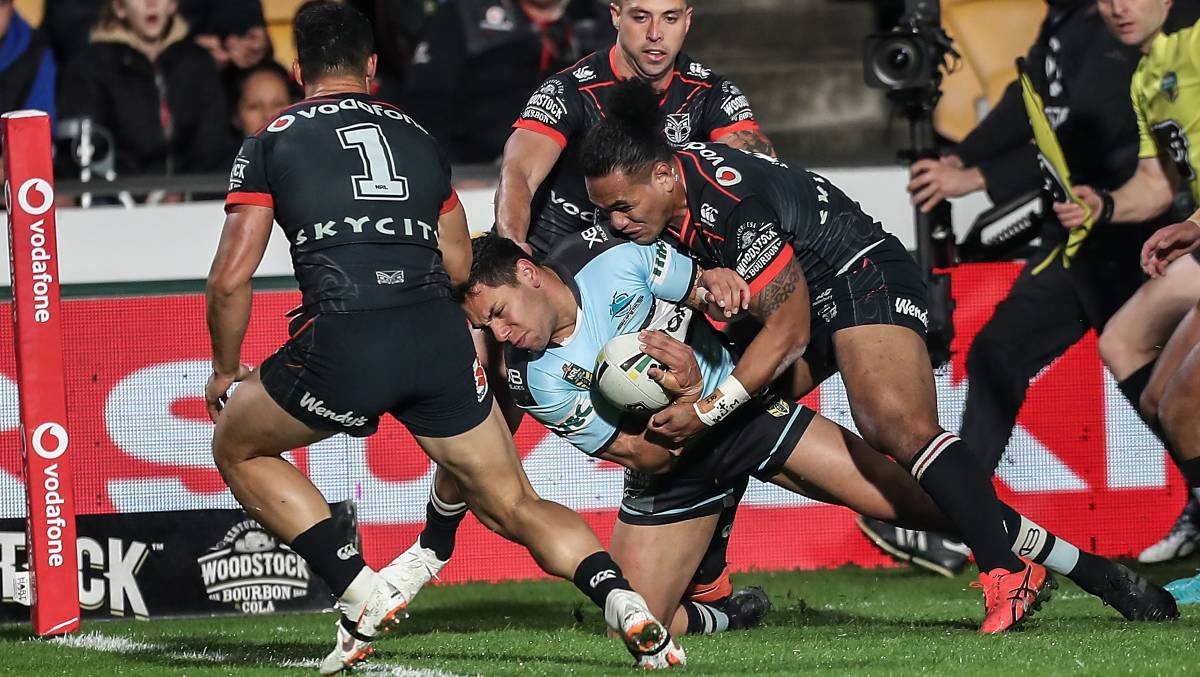 Our Round 9 Sunday Double Header looks like it could be a total onslaught from two of the form teams in the competition this season, but they still go out there and play the games for a reason. At 2pm the Melbourne Storm host the St George Illawarra Dragons at AAMI Park, with the Storm in ominous form and looking to join the Panthers at the top of the ladder. Then at 4pm the Cronulla Sharks welcome the New Zealand Warriors to Pointsbet Stadium, where the form lines are a little murkier after the Sharks stumbled last week and the Warriors secured a scrappy victory.

Draftstars has a $5000 contest with $679 to first place. The single game contests are set at $8000 and $10000 respectively. There are also several other contests including the Mini, Micro, and the High Roller.

The only change for the Storm is Jordan Grant replacing the injured Tepai Moeroa on the bench. The Dragons have two changes, with Jack Bird returning in the halves, pushing Junior Amone back to the bench and Jayden Sullivan out of the team. George Burgess also drops out, with Aaron Woods starting at prop and Jack Gosiewski joining the bench.

There are two changes for the Sharks. Ronaldo Mulitalo is out, replaced on the wing by Connor Tracey. Dale Finucane returns from injury at lock, pushing Cam McInness back to the bench and Braydon Trindall out of the side. The Warriors get Dallin Watene-Zelezniak back on the wing, replacing Jesse Arthars. Bailey Sironen drops out of the team, meaning Eliesa Katoa is promoted to the second row and Aaron Pene comes onto the bench.

The form lines mean that the Storm are twice as strong as favourites in the market compared to the Sharks, but I have both games with similar disparities between the two teams. That is to say I think the Sharks odds are about right, and the $10 on the Dragons is probably overs but they’re still very unlikely to win. With the pricing as it is on the slate, if either of the underdogs can at least keep things competitive enough to avoid a blowout then we will probably see some good plays on the losing teams. Storm & Sharks stacks are fine, but there is no need to get too carried away, just look at the Panthers game a couple of days ago.

With the Sharks finding most of their success on the left side of the field lately, Ramien and SIone Katoa have been going a little overlooked. The bullocking centre has seen a drop in scoring this year, but he’s still averaging 44 and his price is a little too cheap for his massive upside. Connor Tracey is another Sharks back that looks too cheap, and really all of them are in play if you think they can put the Warriors away comfortably.

I still can’t understand why Smith has been scoring badly despite his minutes being fairly normal off the bench, but it won’t last forever. With plenty of his teammates getting expensive and still appealing on this slate, we’ll need to take a couple of chances on guys like Smith to be able to afford them. If this turns into a bit more of an arm wrestle against the Dragons then I can see Smith getting more involved in the middle of the field.

Two Storm players who haven’t been feasting on the recent run of success is the veteran backrowers, who are both down 5-10 points on last season’s averages. It will only take a single big play from either of them to rectify that and give them a chance for a 50+ score. The upside isn’t huge, but with limited value options on the slate I think we can do a lot worse.

One Storm player I’m keen to fade is Munster, who has been in incredible form so far this season. The price is sky high, and he doesn’t have the base stats to back it up. If the Dragons can make a game of it, he’ll struggle to match the attacking stats he’s produced so far this season, and some of the less flashy players will have a strong chance to outperform him in a fantasy sense. With Harry Grant a tad cheaper and much safer with his 75+ minute hooking role, this fade feels relatively okay.

A player that I’ve been using a lot this season, the price on Wilton has actually come down a bit, and it’s definitely in his range of outcomes to pay it off today. However, the presence of Wade Graham on the bench last week saw a major role change for Wilton, and I’m concerned that it will only get worse. He played more of a Jai Arrow type role where he started at second row, moved to lock in the middle part of the game, and then had a rest in the second half. He’s much more suited to 80 minutes on the edge, and I think he’s more likely to see a diminished role this week with Graham gaining fitness.

The young recruit was good on his Warriors debut last week, almost scoring a try and putting together a solid stat line for 35 points. His base stats aren’t exceptional, but he can score in every category which always helps. With Shaun Johnson clearly on the decline and getting through much less work this season, I expect Asi to slowly grow into a bigger role if he can hold onto his position. He showed 50+ point upside at the Cowboys, which is enough for me to think this price is a little too cheap. The tough matchup puts a question mark on his viability today, but it’s worth considering for sure. 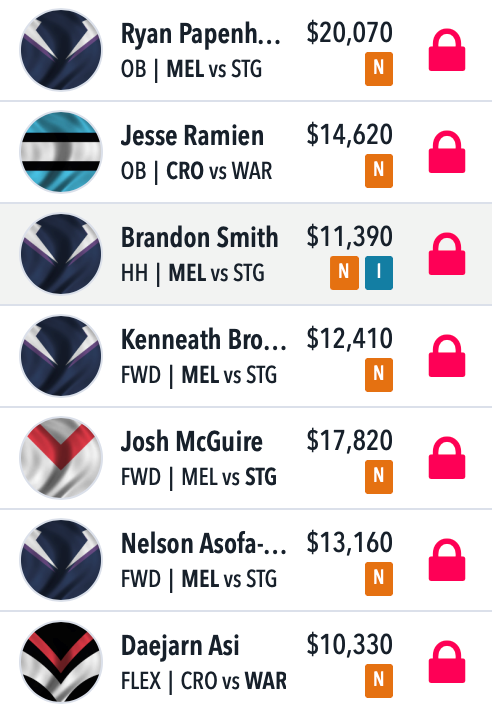