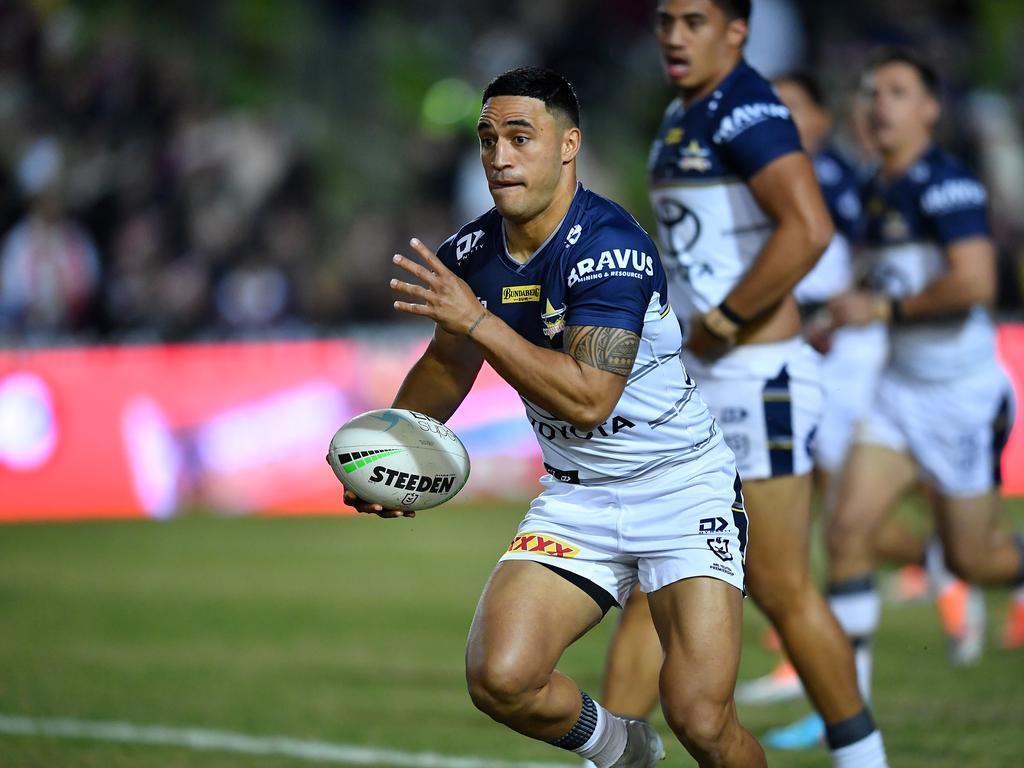 NRL Sunday kicks off in Newcastle at McDonald Jones Stadium, where the Knights host the Bulldogs in a battle of two teams with 5 wins on the season. That is where the similarities end, with the Bulldogs playing some highly entertaining football, whilst the home side have lost their past 3 and look like they’re ready for Bali.

Game two sees the 2nd placed Cowboys head to Kogarah to take on the Dragons, who currently sit 11th on the table, in a 4-way battle for the final spot in the top 8. The Cowboys need to keep winning to secure a top 4 finish, whilst a loss for the Dragons will go close to killing their season.

Draftstars has a $3000 contest with $411 to first place. The single game contests are set at $6000 and $8000 respectively. There are also several other contests including the Minis, Micro and 6 man contests.

The Knights have lost fullback Kalyn Ponga after suffering his 3rd concussion in 6 weeks. Tex Hoy replaces Ponga, who may be shut down for the remainder of the season. Elsewhere, Lachlan Fitzgibbon has been dropped, replaced by Brodie Jones in the back row. Mathew Croker joins the bench in the only other change.

The Bulldogs welcome back Jake Averillo (covid), shifting Declan Casey to the reserves. Corey Waddell will miss 5 weeks, after being found guilty of an eye gouge last week. It is unknown at this stage who will start in his place. Raymond Faitala-Mariner (rib) misses out, and is replaced in the second row by Jackson Topine. No other changes.

Dragons fullback Cody Ramsey (knee) is out, replaced at the back by Moses Mbye. Jack Bird shifts to the centres, Tariq Sims is promoted to lock, and Aaron Woods replaces him on the bench. The only other change sees Tyrell Sloan named on the bench, replacing Jayden Sullivan as the bench utility.

Finally, the Cowboys have made zero changes after their controversial win over the Tigers last Sunday.

The Knights have given up the most points of any team in the league this season, and with the way the Bulldogs are attacking towards the back end of the year, this could be a high scoring affair. The Bulldogs are also susceptible to allowing points, so I wouldn’t be surprised for both sides to score 20+ in this clash. The Knights beat the Bulldogs 16-6 in Magic Round; however, a lot has changed since then and there could be some big scores in this game.

The Cowboys will be looking to rediscover their form, having struggled in their two matches since their bye in round 17. A 26-12 loss to the Sharks was followed up by a 1-point victory over the Tigers, however not many would argue against the Tigers being the better side in that clash and the more deserving of victory. The Cowboys crushed the Dragons 31-12 in round 14, but I see this being much closer. The Dragons are desperate, with a loss here hurting their already small chances of finishing inside the top 8.

Top dollar for an OB, but Holmes has been in tremendous form lately and has the sort of upside you pay this sort of price for. Is not without risk, as he has had 3 scores under 30 this year, however with 3 scores above 70, he is worth the money. Since Origin he has hit another gear, and with even a small uptick in form from the Cowboys, Holmes could easily produce his highest score of the year in this game.

Speaking of players that have grown since the Origin series, Matt Burton is one of the form players in the competition. With a team that could put 40+ on this poor Knights defence, Burton will more often than not be the focal point of all that is good in attack for the Bulldogs. Added to his ability to score big points with his kick metres, Burton should have a real shot at 70+, having done so 5 times already this season.

If you listen to Bulldogs supporters, they are super excited to see young gun Topine get a run this week. In his first game of the year, Topine has been named to start and should secure solid minutes, given the lack of second row options on the bench. Is known as an attacking weapon, and against this defence he could have a real shot at scoring a try. Isn’t quite bottom dollar, but a starting back rower at this price is an almost must buy.

Hard to hate on this guy. Nanai scores tries for fun, with 14 tries this season and 4 tries in his past 3 matches, there’s no doubt he knows how to get across the line. As mentioned above, I see this being a tighter contest than the odds suggest, with the Dragons a shot at the upset. Could easily score 1 or more tries and make me look silly, but I’m going with a tryless game for the Maroons backrower, and with his lack of base stats, not worth the money.

Another Cowboy having a great season, Drinkwater is still capable of throwing up the odd stinker of a game. Considering he played poorly last week, the chances of another stinker here appear small, however again I’m betting on a tight contest and the Dragons to play the Cowboys close. With only 3 scores above 60 all season and a season average of 43, there are better ways to spend your money at OB, namely Drinkwater’s teammate Holmes for only $770 more.

An easy one to pick, TPJ has been used sparingly lately, however with Corey Waddell and Raymond Faitala-Mariner missing this week, there’s a chance Pangai gets more minutes against the Knights. With minutes and against a poor defence, TPJ is more than capable of scoring massive points. But do we really know the minutes he’s going to get, or in what head space the big fella will be in. Very difficult to select and be confident. 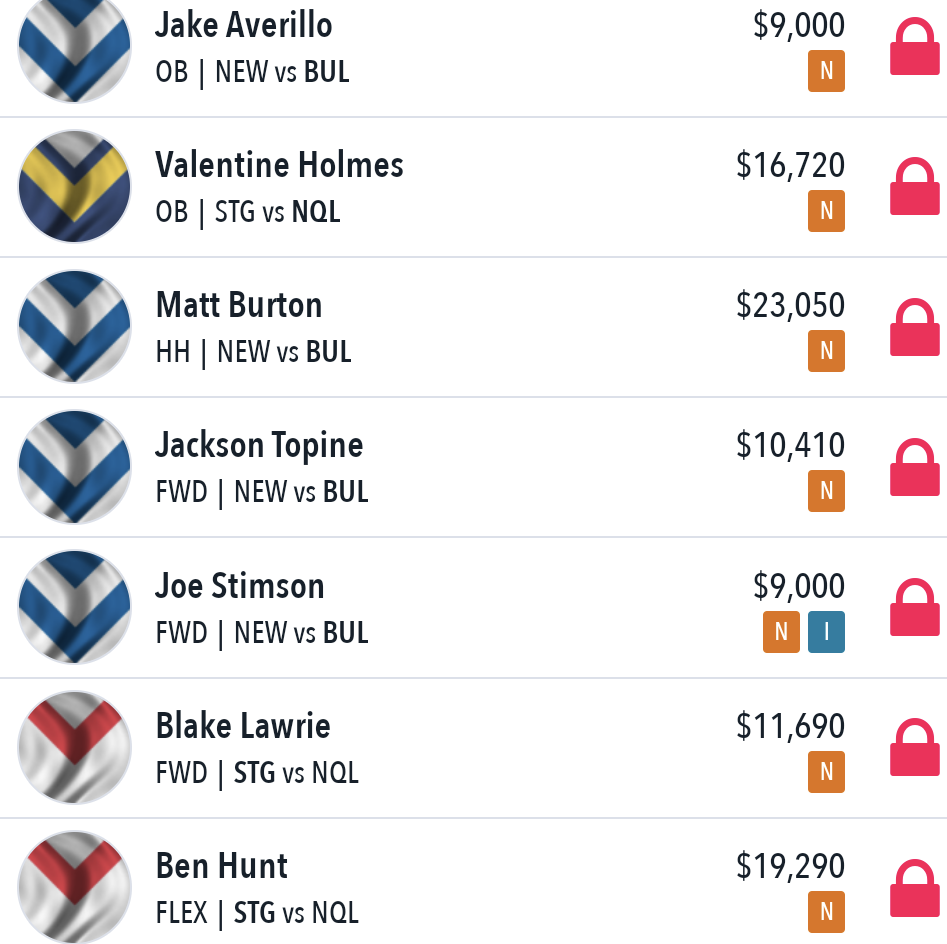