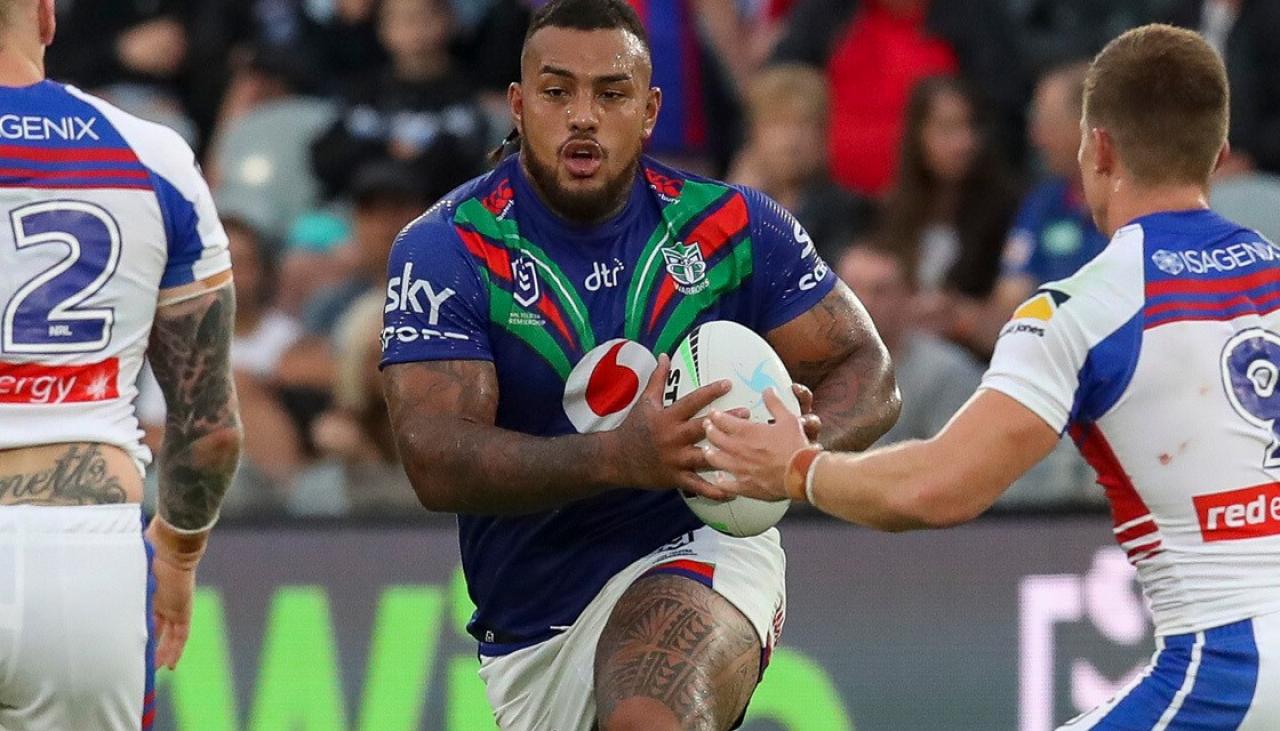 Round 20 continues on Friday night with a decent double-header. It starts 6pm when the New Zealand Warriors (13th) welcome the Melbourne Storm (5th) to Mt Smart Stadium for another long-awaited home game. Then at 7:55pm the Parramatta Eels (7th) host the Penrith Panthers (1st) at CommBank Stadium. The first game features two teams low on form and searching for a spark to finish the season, while the second is nothing short of a blockbuster in a season when few teams can challenge the reigning premiers.

Draftstars has a $3000 contest with $411 to first place. The Single Game contests are both set at $10,000. There are also several other contests including the Mini & Micro.

The Warriors have 3 changes. Reece Walsh gets his fullback spot back after a week on the bench, with Haris-Tavita back into the halves and Asi out of the team. Edward Kosi comes onto the wing, replacing Jesse Arthur’s with Marcelo Montoya shifting to centre. Jack Murchie drops off the bench with Freddy Lussick and Jackson Frei filling the two vacant interchange positions. With Harris, Fonua-Blake and Curran all regaining match fitness, the forward pack should be close to full-strength for this one.

There is only one change for the Storm, a simple bench switch with Jordan Grant coming in for Tom Eisenhuth. That could revert like it did last week. It’s an okay looking team but with a handful of first-choice players still missing the Storms struggles could continue for now.

The Eels also have just one change, with Bryce Cartwright replacing Jake Arthur in the utility role on the bench. They are truly at full-strength and will be smarting after last week’s loss to the Broncos.

And finally the Panthers, who have 3 changes. They lose Stephen Crichton, Jarome Luai and Mitch Kenny from their usual 17. Robert Jennings (centre), Sean O’Sullivan (halves) and Charlie Staines (utility) are the replacements. While it’s still a very strong team, these changes could present a slight chink in the otherwise impenetrable armour of the best team in the NRL.

The Storm are battling for form and availability, and that doesn’t really get any better for them this week. The easier matchup could help, but the Warriors have plenty to play for on home turf, and have often been a bogey-team for the Storm. I don’t mind considering that a close game, and I feel the same way about the other game, especially because the Eels are the only team to beat Penrith so far this season.

Despite an injury impacted season, the Panthers gun winger is still averaging 52 over his last 31 games, and 47 this season if you remove his injury in round 2. He’s pretty much a 50-point player who’s priced closer to the 40 point range. He’s only had one massive ceiling game this year (88), but is more than capable of hitting the required 60 points to smash this price tag on a regular basis. The tough matchup is the only question mark for me, but I don’t think it makes a huge difference for such a genuine gun.

It’s hard to recommend any player against the Panthers, but I think this is a unique opportunity to get different by targeting Mitch Moses ($18,500) and Dylan Brown ($15,410). There aren’t (m)any standout values at the HH position on this slate, and a lot of the top guys have a question mark or two about form or small changes in role. Harry Grant might be the only player I’m equally interested in at the position. Both of the Eels pair are at a significant discount to their usual level, and I’ve already noted the Panthers are slightly weakened this week. I think the Eels can get up for a tight contest, and the halves will have to play a big role in that. Both have massive ceilings that they don’t necessarily need to hit to become strong plays on this slate. It’s far from a lock, but it’s certainly interesting.

I want to take someone from the Warriors in this preview, because they have a genuine chance of being competitive in this game on home turf. The problem is the team is known for its consistency, and that reputation stems from having a bunch of wildly unpredictable players. Singling out any of their backs or spine for a big game seems impossible, and the forwards have been in a state of flux with injuries lately. As I said above, Fonua-Blake is one of a number of their gun forwards getting back to fitness, with 4 games under his belt since his most recent absence. It’s been a bit of an underwhelming season, but such a good player will have to start dominating again soon. He’s not as cheap as he was last week, but this price is still a value if he’s close to 100% and ready to show it. I also like the makeup of the bench this week, with a few low-minute options unlikely to steal much off the best forwards.

Aside from Fonua-Blake, there are other interesting plays in the Warriors forward pack (Curran, Aitken, Harris). Tevaga is not one of those, because he’s priced in a similar area but projects at least 5 points below the rest. A 60 ceiling won’t get it done at this price, with all of the aforementioned teammates having 70+ scores in their arsenal. The little utility forward never seems overly secure in his role, and if anyone is going to suffer from the other players getting back to full fitness it’s likely to be him.

O’Sullivan has scored very nicely in his 5 outings this season (56 average), but all of those were as direct replacement for Cleary. Now he comes in as the Luai replacement at five-eighth, and it’s pretty obvious that his role will be significantly diminished. He’s averaged 350 kick metres in 2022, while Luai averages just 50 while playing next to Cleary. He’ll also touch the ball far less and is just far too expensive. Cleary could also see a slight dip if O’Sullivan still does more work than Luai, which is one of the reasons I’m keen on the Eels halves.

If this game turns into a Munster-Hughes led rout, then there are a number of Storm players who could turn into tremendous value. Anderson stands out as one such player, with 5 NRL games under his belt (one of them injury impacted). On debut he gave us 2 tries and 49 points, but hasn’t done much in the subsequent 4 games. He’d make sense in Storm stacks to allow you to fit in Munster, but I’m not sure if I can see the Storm having it all their own way, so I wouldn’t go overboard. 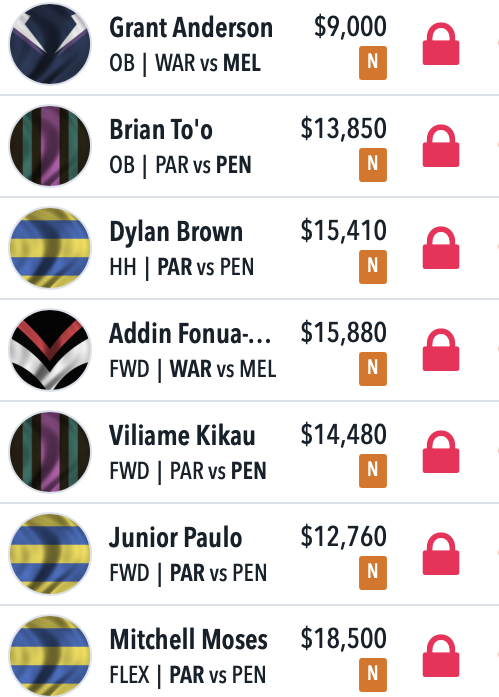