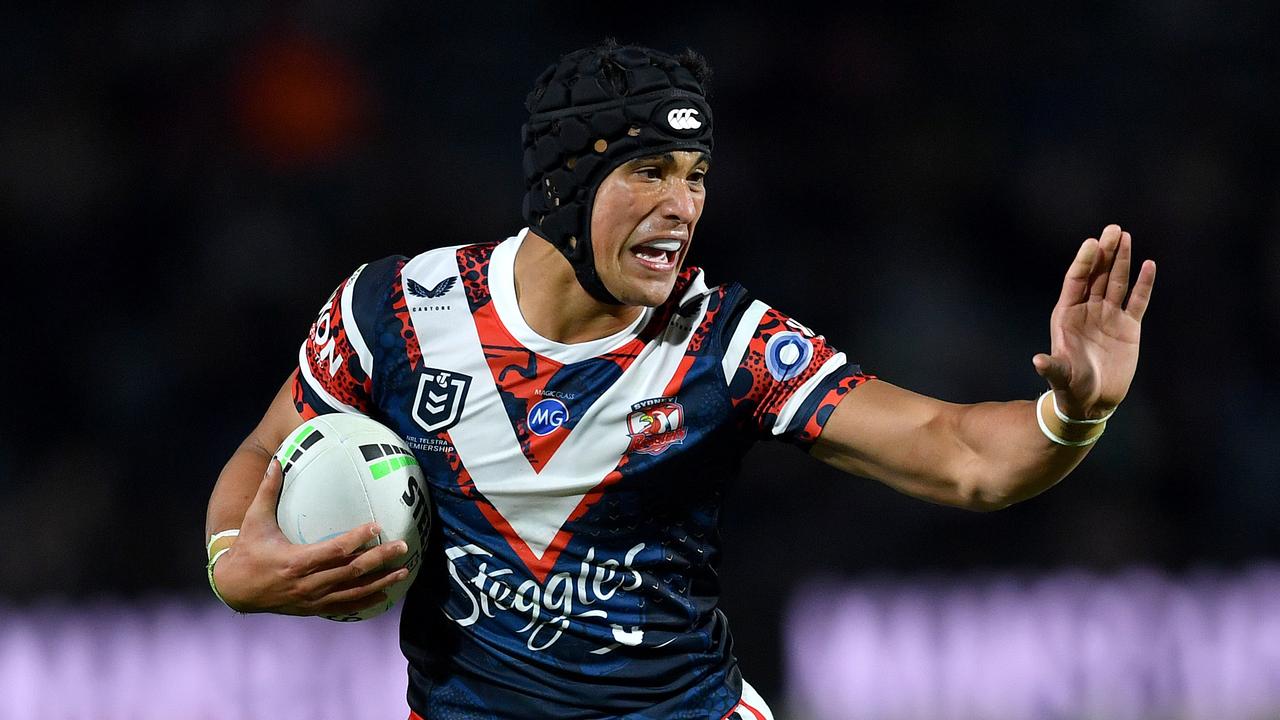 Round 20 of the NRL kicks off on Thursday at 7:50pm when the Manly Sea Eagles (9th) host the Sydney Roosters (8th) at 4 Pines Park. I won’t go into the news that I’m sure everyone has seen during the week, but the result is that half the Manly team is unavailable and a cracking contest between two teams on the finals bubble now looks rather lopsided. Still, it’s a big DFS slate with no AFL to compete with, so let’s work out where the value is.

Draftstars has a $20,000 contest with $2184 to first place. There are also several other contests including the Mini, Micro, and the High Roller.

The 8 Manly players that are unavailable (and played last week) are Tuipolotu, Schuster, Aloaia, Olakau’atu, Sipley, Saab, Koula and Ben Trbojevic (who is injured). There are 5 players in the same spot they played last week. Those are Garrick (fullback), Harper (centre), Foran and Cherry Evans (halves), and Taupau (bench). Pio Seci and Alfred Smalley make their debuts on the wing. Dylan Walker moves to centre after playing hooker last week. Lachlan Croker returns at hooker, and all of De Luis (prop), Bullemor (2nd row), Davey (2nd row) and Jake Trbojevic (lock) come into the forward pack. Paseka (prop) is promoted to start in a switch with Keppie (bench). Boyle and Segeyaro are the final additions to the bench, both playing their first games this season. It’s a big mess but at least the spine is relatively intact.

The Roosters are having a relatively normal week, with just two changes. Joey Manu (centre) returns, pushing Drew Hutchison back to the bench and Adam Keighran out of the team. Lindsay Collins (prop) also returns, pushing Matt Lodge back to the bench and Terrell May out of the team. Those are both very useful inclusions, leaving the Roosters looking strong on paper despite some recent injury losses.

There’s only two total unknown players for Manly, along with two that have been in the wilderness. While it’s hard to argue with the odds, there is certainly a case for Manly still being competitive in this game. A solid spine and forward pack gives them some hope. Despite that, the likely outcome is a Roosters victory, and the Roosters players are generally cheap enough that it’s hard to get away from a Roosters stack with some carefully selected Manly pieces.

I said last week that Butcher looks like having a long run in the 2nd row spot with the injury to Tupouniua. We need to play him until the price catches up to this permanent role change, given that he averages around 50 points in this role. Last week was a perfect example, where he lost 15 minutes of playing time due to a HIA but still managed to reach 50 points. Teammate Victor Radley is a similar value at the FWD position but tends to be much more volatile in scoring so is perhaps a GPP only play.

The Roosters wingers are surprisingly cheap given their form this year and the nature of this slate. Suaalii is the pick given he’s slightly cheaper than Tupou and has averaged a couple points more this season. He looks like a true star already and is getting more involved in the game each week. Playing one or both of the wingers with Tedesco could capture a lot of tries if the Roosters end up posting a cricket score against their weakened opponents.

Another young Roosters star that is soaring before our eyes, the young half has averaged 47 in his last 10 games, including back to back 65+ scores the last two weeks. Without getting too caught up in recency bias, the kid is breaking out and should be able to find plenty of space on the field this week. There isn’t much clear value at the HH position, so betting on a cheaper option with a massive ceiling looks like a solid play. Paying up for Cherry-Evans is also fine, with value elsewhere making his massive salary attainable, and his role allowing for big scores regardless of how the game goes.

Manu returns this week, and there is every chance that he is another Rooster who thrives. However, he’s back at centre, where he scores ~15 points worse on average than in the halves or at fullback. That makes this price tag far too steep, given he’s very unlikely to emulate his recent ceiling scores. Even if he manages a 60 point outing, it’s unlikely to be enough on this slate.

Croker has been having his best season to date, solidifying his hooker role and slowly being able to handle more minutes. However, the makeup of the team this week looks like it will cost him that opportunity. With James Segeyaro on the bench and a full 8 man forward pack, there is a decent chance that Croker sees less than 70 minutes and can’t access his already limited ceiling. He’s perhaps the least enticing HH option.

Pio Seci and Alfred Smalley are both anonymous lower grades. Seci is almost 29, from Fiji, and has bounced around in the lower leagues for a decade. Smalley is younger, but still sounds like he was a long way from playing first-grade. Neither is quite at minimum price, which is a shame as it’s too close to the Roosters wingers to be truly enticing. But, if Manly can compete, then both have the chance to show us something on debut and put up a surprise 30+. I doubt it will be enough to win the slate, but it’s worth considering anyway given that they might see <10% ownership. 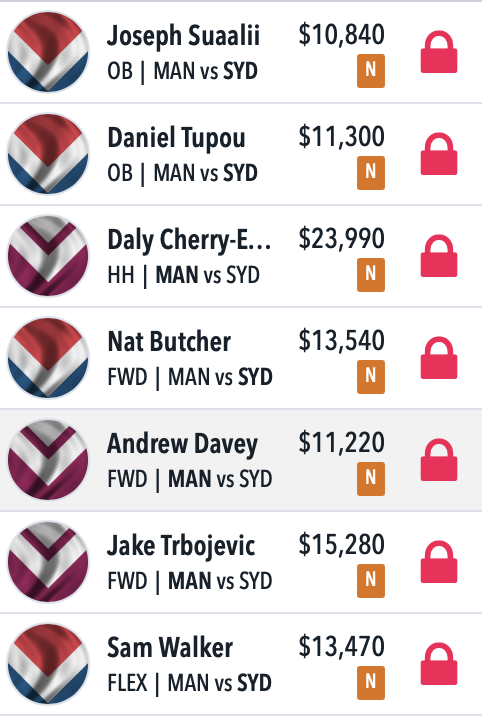