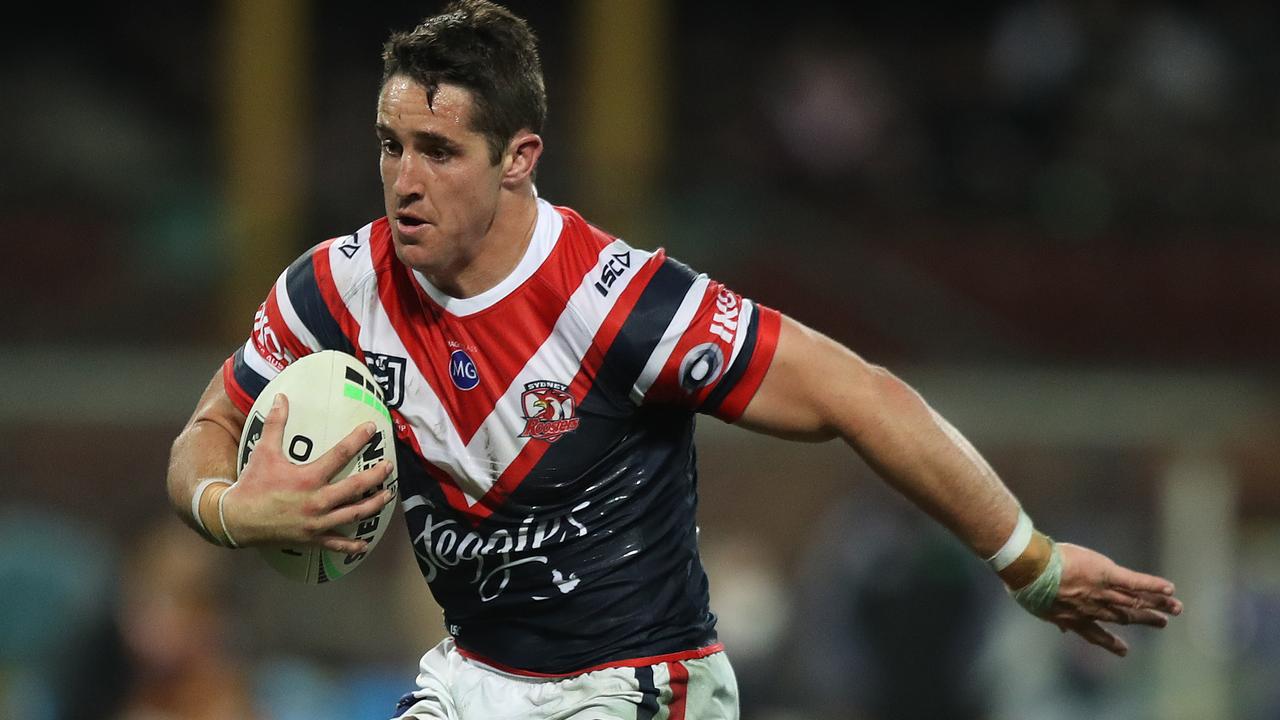 Round 19 of the NRL continues on Friday night with a moderately interesting double-header (luckily DFS makes every game count!). It starts at 6pm when the St George Illawarra Dragons (11th) welcome the Manly Sea Eagles (8th) to Netstrata Jubilee Stadium. Neither team has their best stuff at the moment, but both still have a finals spot very much to play for. Then at 7:55pm the Newcastle Knights (13th) host the Sydney Roosters (9th) at McDonald Jones Stadium. The ladder positions might be a little deceiving in this one, but at least the Knights can think back to happier times when they beat the Roosters 20-6.

Draftstars has a $3000 contest with $411 to first place. The single game contests are set at $8,000 and $10,000 respectively. There are also several other contests including the Mini and Micro.

There are two changes for the Dragons. Moses Suli is out, with Moses Mbye promoted to centre and Jayden Sullivan taking his place as bench utility. Tariq Sims also comes onto the bench in place of Aaron Woods. The Dragons are only missing a couple of first-choice starters….their team just isn’t very good so it feels like they’re perpetually understrength.

Only one change for Manly. Jake Trbojevic is out, with Toafofoa Sipley promoted to lock and Taniela Paseka coming onto the bench. A Manly team with no Trbojevic brothers is unusual, although Ben is still lurking among the reserves. The team has enough talent where it matters to look okay on paper despite some missing stars.

The Knights have three changes. Hymel Hunt replaces Dominic Young on the wing after last week’s injury, although Young is still in the reserves in a sign he could be deemed fit to play. Leo Thompson and Simi Sasagi drop off the bench, replaced by Kurt Mann (utility/forward) and Passim Paulo (forward).

The Roosters also have 3 changes. Luke Keary is back in the halves, pushing Joey Manu back to centre where Billy Smith (ACL) is out. Jared Waraea-Hargreaves also makes his return at prop, just in time to replace Sio Taukeiaho after injury. And finally Still Tupouniua (ACL) is gone in a bad week for the Roosters on the injury front, with Nat Butcher moving to second-row and Terrell May coming onto the bench. Matt Lodge also gets a start at prop in the reshuffle. Despite the losses, the Roosters have good depth and are still looking dangerous.

Despite a pasting from the Roosters last week, the Dragons are pretty close in the betting markets. I understand that they’re at home and the Eagles aren’t at their absolute best, but I still think the odds are a little off. I’d much rather be on the Eagles stacks if the field is going to share the sentiment of this game being a close one. For the second game, it’s hard to argue that the Roosters are the far better team. O’Brien v Robinson seems like a no-contest the way the Knights have failed to respond to his coaching. The only hiccup I can see is some of the growing pains we saw from earlier in the season with Keary and Walker, but it shouldn’t make a great deal of difference.

This guy must get sick of playing a different position every week, but constant injuries and rep unavailability has seen him all over the field this season. He’s likely going to get an extended run at second-row now with Tupouniua out for the season, which is his best position for fantasy purposes at the very least. An average just under 50 makes a mockery of this price tag, which will only rise week-after-week if he does indeed stay in the #12 jersey. Easily the best value play on the slate, particularly against a team with defensive deficiencies on both edges.

Momirovski has his best season in a fantasy sense, and has generally failed to lock down an NRL position despite playing at a number of good teams. I’m guessing that comes down to defensive deficiencies, but I’m no defensive scout (20 years of fantasy will do that to you!). We don’t need to worry about that for DFS. He’s playing this week, he’s cheap, he’s against the Knights, and he’s showed a little more attacking form of late which culminated in last weeks 54 points. It’s not a high-exposure play necessarily, but I think there is a decent chance Momirovski smashes his price tag once again.

Is this a Roosters preview? Anyone would think I’m an ex-Roosters fanatic trying to block out the fact that I now barrack for the Knights. The truth is, the Roosters are in a great spot on this slate and are generally far too cheap, so Roosters stacks are a natural choice. Walker was a big part of punishing the Dragons last week, with 71 points to build on an average of 42 this season (and last). As a young half he has plenty of development to come (especially physically), but he’s damn good already and his fantasy ceiling shows it. 6/17 50+ games this season gives him about a 33% chance of smashing this price tag to bits, and the easy matchup perhaps boosts those odds. I’d say that’s a pretty good guide for an appropriate exposure level.

With a couple of exceptions, Su’a is like most of his teammates in that their fantasy prospects on this slate (and many others) are just meh. Su’a has very few 55+ scores in his past, let alone the 65+ he’s need to start being relevant in a GPP. He’s good for a 40-odd, but so are a plethora of players who are much cheaper. Teammates in the same boat (to varying degrees) include De Belin, Bird, Lawrie, Sims and Burns. Basically, I’m not keen on Dragons forwards.

I think I singled out Brailey last week, along with Milford. Nothing has changed, with Brailey still looking like a 75% version of himself and Milford showing promise but not really likely to take the game away from the opposition. I’m a little surprise that neither of them has gotten cheaper, making it really hard to target players that barely have the kind of ceiling for these price tags when at 100%. Along with Croker, McCullough and Keary, I think this middle part of the HH board is pretty easy to avoid.

I mentioned a happy start to the season for the Knights at the top of the article, and like his team Gagai came out of the blocks fast and has since collapsed into a heap. He must be an important player or something! Breaking it down, he averages 39 this season despite a shocking score of 2 against the Panthers. That’s because he started the year with a pair of 80s, and since then has only managed to average 31. I’m not particularly fond of removing scores from the sample, but if we remove all 3 outliers he is averaging 34 in 10 games. I think he’s better than that, but he is on the wrong side of 30, just went through a gruelling Origin campaign, and I would guess that he (and his teammates) are not thriving under whatever methods Adam O’Brien employs. That’s a long way of saying that the price is really really good, I’m just not entirely sure if he’s got a 40+ score in the legs against the Roosters. Worth some exposure. 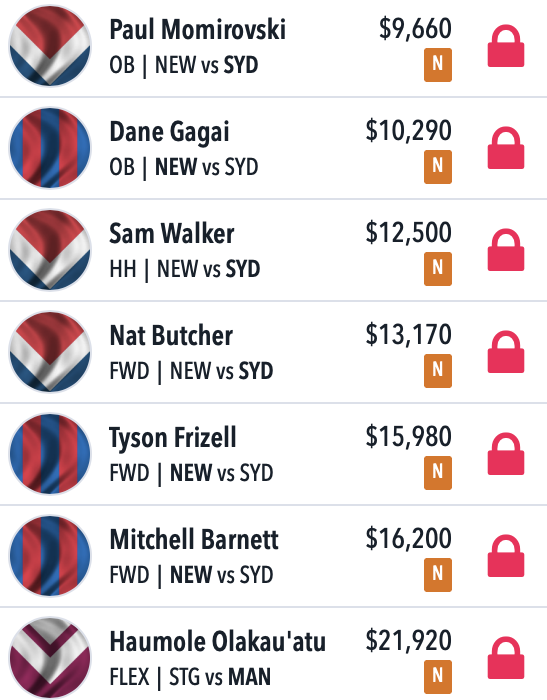