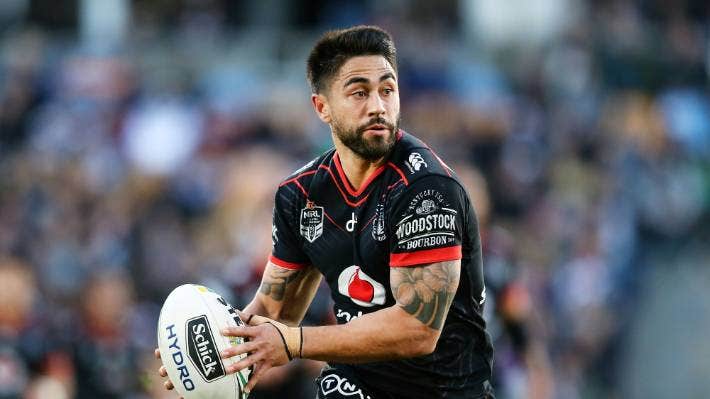 We kick things off on Sunday with the Warriors return to Mt Smart Stadium, as they take on the woeful Tigers. Despite it being a clash between two of the worst teams in the competition, could we see a game with plenty of points in front of a raucous home crowd? Let’s hope so.

In the second game, the Dragons host the Raiders at WIN Stadium in a crucial clash between two sides with Finals hopes this year. This one should be a really good contest, and I expect a closely fought battle in Wollongong on Sunday.

Draftstars have a $3,000 contest for the Sunday slate, with single game contests ranging between $6,000 and $8,000. There are also several other contests including the $2 Mini and 50c Micro to jump into.

Only a couple of changes for the Warriors, with Euan Aitken returning in the centres, replacing Adam Pompey. The only other change sees Elise Katoa named on the bench, with Dunamis Lui dropped. There are whispers Aitken may return to the backrow, causing a shuffle, however this hasn’t been confirmed.

For the Tigers, James Roberts returns at centre at the expense of Asu Kepaoa. Jacob Liddle has been dropped, with Fa’amanu Brown named at hooker, whilst Stefano Utoikamanu returns on the bench, and young prop Fonua Pole has been named to debut from the bench.

The Dragons have unsurprisingly made no changes to the side that destroyed the Rabbitohs 32-12 last round, however there are some concerns over Ben Hunt, who picked up a niggle from Origin.

Finally, the Raiders welcome back Jack Wighton at five eighth, pushing Matt Frawley to 18th man. The only other change is Charnze Nicoll-Klokstad being named on the bench in place of James Schiller.

This has the feel of a real ambush, as the Warriors finally return home after spending 2 ½ years in Australia, due to the Covid-19 pandemic. The Tigers are playing extremely poorly at the moment, and with the Warriors potentially playing their Grand Final this weekend in front of a packed house, this could be a difficult day at the office for the Tigers.

Considering how poor the Warriors have been for most of the season, the Tigers should have opportunities to score some points, but I see the Warriors running away with this one in front of their patient, adoring fans.

In the second matchup of the day, the Raiders head north to Wollongong where they take on the 8th placed Dragons. This matchup is critical to both teams’ 2022 season, with only 4 points separating 7th through 11th on the ladder, with those 5 teams seemingly fighting over two spots in the top 8.

With both sides being remarkably similar in terms of attack, look for the Raiders to try and win this through the middle. As a result, look for their forwards to get plenty of points, particularly with the weather predicted to be very wet.

With the late omission of Reece Walsh, SJ is going to be the main focal point in attack, and will likely take over the goal kicking. Johnson isn’t the player of years gone by, however you’ve got to believe he’s going to be up for this. Coming back to the ground where he made his name, Johnson would have had it in the back of his mind he would never again play at Mt Smart Stadium. Now, he gets to lead his team out in front of a sell out crowd on Sunday afternoon. Let’s hope for a Johnson classic.

There are so many stars in the Raiders forward pack right now, that you almost can’t miss. Tapine is playing like an absolute machine, Hudson Young is scoring tries every other week, and Josh Papali’i keeps doing his thing. I’ll go with Elliott, as he is a bit cheaper than Tapine and Young, yet still pumping out scores at a high clip. He’s also always sniffing around for tries.

All he needs is minutes to punch out decent scores, and it looks as though coach Anthony Griffin is happy giving Lawrie big minutes now. The construction of the Dragons’ bench suggest he will play big minutes, and even in last rounds big win over the Rabbitohs, Lawrie played almost 60 minutes. At this price, he’s a solid purchase that should get you 40-50 without any real fuss.

Limited minutes last week off the bench, surely Kimmorley will look to ease his weapon back from the long injury lay off for a few weeks. If the minutes increase in the coming weeks, could be a crazy good pickup, but in the interim, he is far too risky a purchase.

I really like Fogarty and he has been good for this Raiders team, this is more a play on the state of this game. I can really see this game being a tough fight through the middle third of the field with not a lot of scoring opportunities. This obviously makes it difficult for the playmakers to score much in fantasy, and that’s why I’m avoiding Fogs this week.

As mentioned above, there’s talk Hunt may be out this week. Even if he does play, the niggles he’s carrying, added to what I’ve written about Fogarty above, indicate that Hunt could be in for a below average round in fantasy. However, with a player like Hunt, you can never discount him from having a big game. 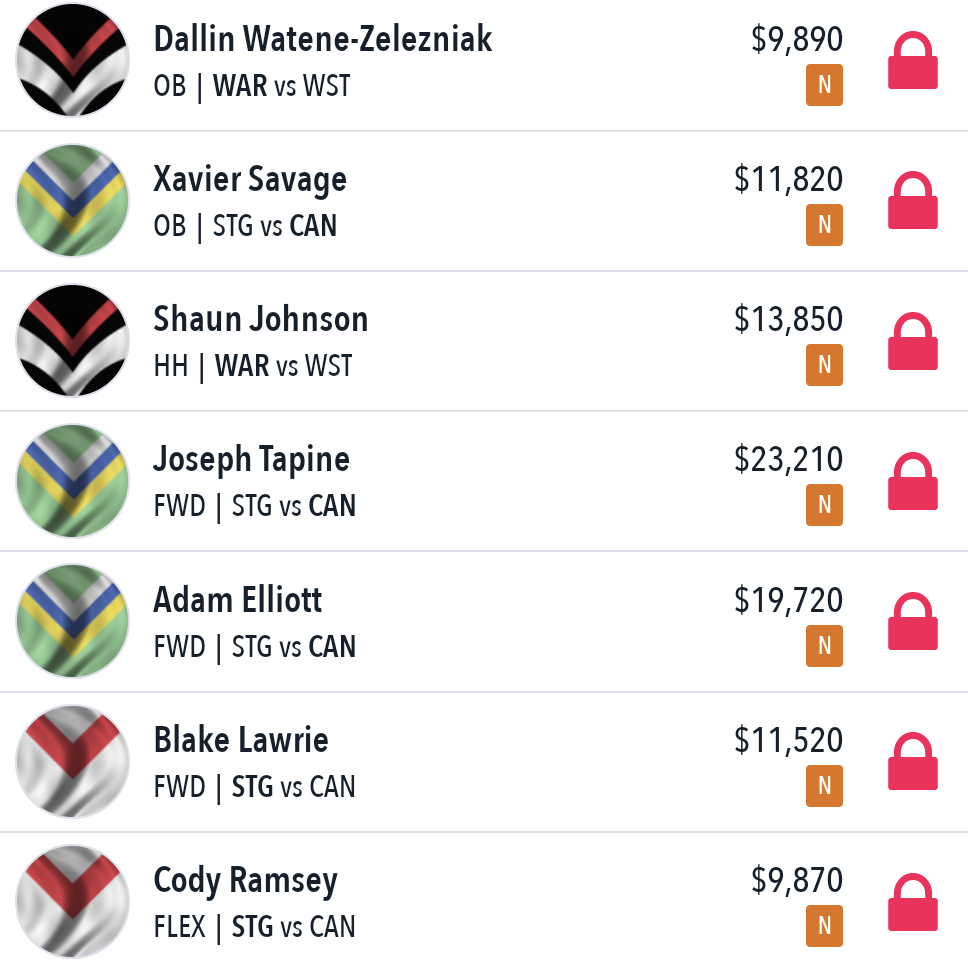