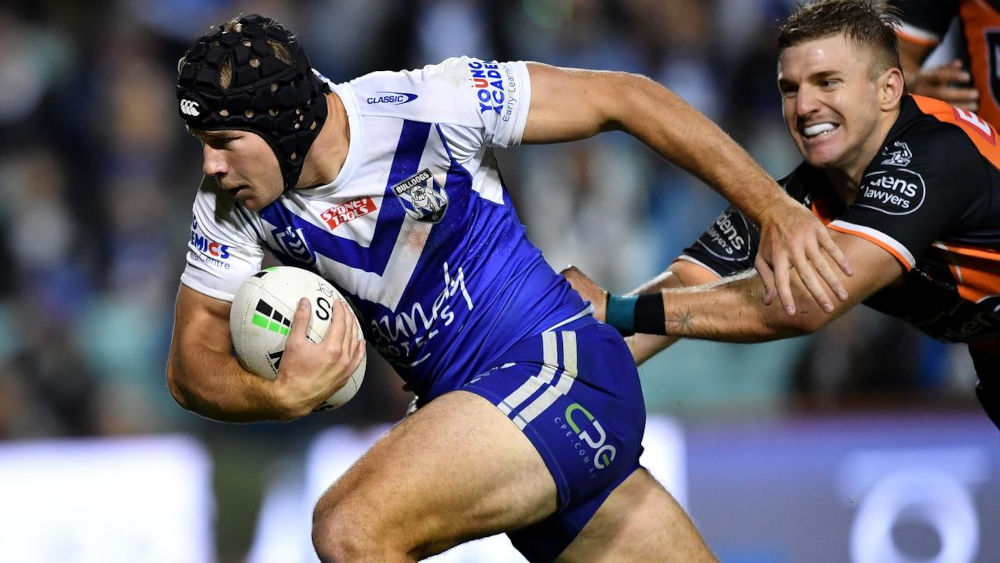 Sunday afternoon NRL doesn’t present as one of the more exciting slates of Rugby League this season, however Draftstars doesn’t care, giving players plenty of opportunities to make money, no matter the quality of games!

First up, the Raiders host the Knights in the nation’s capital, in a game that could prove to be the final nail in the coffin for Adam O’Brien. The Raiders have been better over the past month and look to keep their finals aspirations alive with a win over the lowly Knights.

Finally, the Tigers head to CommBank Stadium in Parramatta to take on the Bulldogs, who are fresh off a huge victory over the Eels last weekend. The winner of this pushes that team further away from the dreaded wooden spoon, whilst a loss could well see that team in last place.

Draftstars have a $3,000 contest for the Sunday slate, with single game contests ranging between $6,000 and $8,000. There are also several other contests including the $2 Mini and 50c Micro to jump into.

The Raiders will welcome the return of winger Jordan Rapana (suspension), who comes in at the expense of James Schiller. The only other change made by coach Ricky Stuart is Josh Papali’i starting at prop, with Corey Horsburgh relegated to the bench.

For the Knights, Lachlan Fitzgibbon has been dropped, with Mitchell Barnett shifting to the edge and Kurt Mann promoted to start at lock. Pasami Saulo has been named on the bench. Kalyn Ponga is expected to play, after being steamrolled by Viliami Kikau last week in the Knights 42-6 loss to the Panthers.

The Bulldogs have only made one change to the 17-man squad from last weeks huge 34-6 win over the Eels, with Chris Patolo (concussion) out, replaced on the bench by Kurtis Morrin, who will be hoping to make his first-grade debut.

Finally, the Tigers lose Brent Naden (suspension) for 4 weeks, replaced by Asu Kepaoa. Luciano Leilua has been granted an immediate release to join the Cowboys and is replaced in the starting side by Kelma Tuilagui. Jock Madden is replaced on the bench by Fa’amanu Brown. In a huge inclusion for the Tigers, Adam Doueihi has been named to return from the bench from an ACL injury.

Despite 2 wins in their last 4 games, the Knights’ season is in freefall. They are playing terrible football and it seems as though coach Adam O’Brien is on the hot seat. The Raiders on the other hand appear to have turned their season around. Whilst they have also won 2 from their past 4, the Raiders have played far tougher opposition and have looked hugely improved from their form earlier in the year. The Knights won both games last season, but I’m seeing a big Raiders win this weekend.

In the final game of the weekend, the Bulldogs are surely viewing this as a terrific opportunity to win two straight games, something they haven’t done since round 23 in 2019! They come up against a side that looked no better last week, despite the sacking of Coach Michael Maguire and the appointment of Brett Kimmorley. If the Bulldogs manage to come with the same attitude they showed against the Eels last week, they should win convincingly. However, as shown by the above statistic, the Bulldogs have struggled to put two performances together in a row and are in a prime spot for a letdown.

Burton is one of the form players in the game, and his combination with Josh Addo-Carr is quickly becoming one of the most dangerous in the NRL. Was in the ‘Love It’ write up last week, and I see no reason to take him out. Is expensive, however is worth every penny, and if you can shoe-horn him in he will not disappoint.

Like Burton, is absolutely braining it of late. Hasn’t scored below 61 for 4 weeks, and despite the high price, is another number 1 option for your squad. Cannot afford Burton and Tapine, however neither will let you down if you are able to fit one into your squad. The only concern is the likely increase in minutes to Josh Papali’i, but I honestly don’t think it matters the way Tapine is playing right now.

More of a mid-priced choice than the above stars, Elliott is a consistent performer who is getting solid minutes now in this Raiders forward pack. Always seems to be sniffing around the ruck, meaning he’s a good chance at attacking stats in every game. Gets through a tonne of work and has a lowest score of 38.7 over the past 2 months.

Milford is still overpriced, no doubt based on what he was once capable of. He may still be capable of it, however behind this forward pack in this squad, he doesn’t have it. Is too expensive for what he can provide, and for around the same price tag you can get far more proven performers like Jack Wighton, Jeremy Marshall-King or Jamal Fogarty.

Vaughan is solid and will monotonously get through about the same amount of work, week in, week out. However, there are better upside selections in the price range, and if you’re serious about winning some cash, you need to pick those players with upside. There are several players in his own team who are around the same price and offer far more upside. Won’t totally let you down but won’t win you anything either.

Extremely excited to see him back in first grade and showed last year that he can be the catalyst for anything good the Tigers will produce. There is a huge chance that he plays minimal minutes in his first match back from a torn ACL, and as such it’s hard to back him with any confidence. At the same time, he doesn’t need much time or many opportunities to score plenty of points. 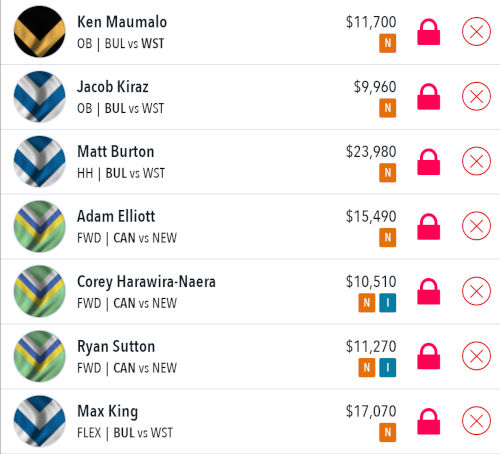