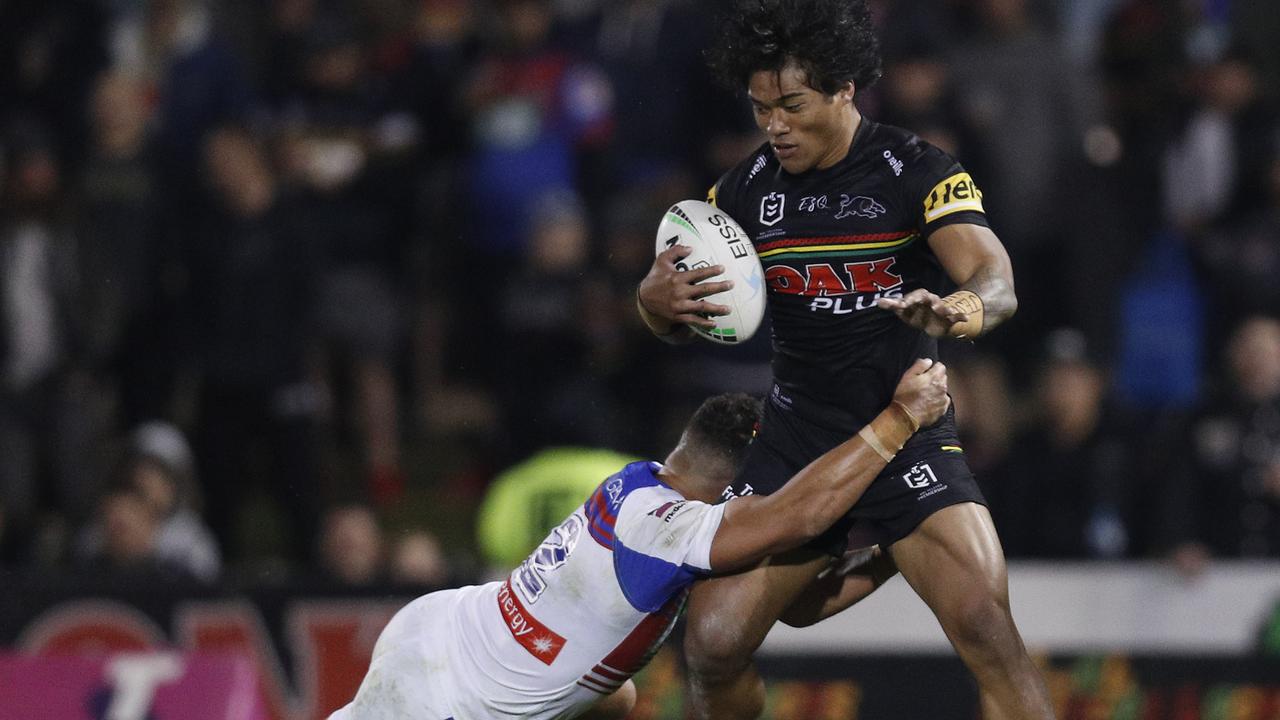 Round 12 in the NRL delivers a couple of really nice matchups for our Friday night entertainment, although the NRL might wish they’d switched the order around. The Penrith Panthers (1st) welcome the North Queensland Cowboys (3rd) to BlueBet Stadium for a contest between the two hottest teams in the competition right now. It’s a big test for the surprising Queensland team. Then at 7:55pm the other Queensland outfits clash at Suncorp Stadium, with the Brisbane Broncos (5th) hosting the Gold Coast Titans (13th).

Draftstars has a $3000 contest with $411 to first place. The single game contests are set at $10,000 and $12,000 respectively. There are also several other contests including the Mini, Micro, and the High Roller.

The Panthers are unchanged, as they often have been this season. The Cowboys sustained a couple of casualties last week with Kyle Feldt and Jason Taumololo both succumbing to knee injuries. Reuben Cotter moves back into the starting side at prop, and Hamiso Tabuai-Fidow does the same on the right wing. Jake Granville and Jamayne Taunoa-Brown join the bench. The presence of Granville could signal an end to the 80 minutes performances of Reece Robson.

The Broncos are also unchanged after 4 straight wins. The Titans have two changes, with Brian Kelly replacing the injured Phillip Sami at left centre. Jaiman Folliffe comes onto the bench for Herman Ese’Ese, who hasn’t quite done his job so far. The Broncos are still missing Adam Reynolds, so it’ll be interesting to see if the Gamble-Mam combination can execute another strong performance.

The lustre goes off the first matchup a bit with Taumololo out. He’s not at his best anymore, but he’s still a very important part of this Cowboys forward pack. That one loss is enough for me to think they’ll struggle to contain the Panthers juggernaut and we should be very careful about which Cowboys we choose to use in our line-ups. There’s more chance of an upset by the Titans over a Reynolds-less Broncos team. That were fine last week, but the Titans are going a little better than the Knights so maybe they can catch them off-guard.

The Origin gun has been back for 3 weeks so far and has been anchored to the right wing in all 3. It’s not his usual spot, and it’s certainly looked a little harder for him to have an impact on that side of the field. Still, he’s a superstar, and he won’t be kept quiet for too much longer. I fully expect a big outing in this one regardless of where he is on the field as he tries to show that he’s good to go for NSW.

Gamble did a nice job running the team last week, scoring 50 points while doing a little bit of everything. 45-50 is a reasonable estimate, but there is more upside if the attacking stats or even just tackle breaks flow a little more easily in a gentle matchup like this. He’s far too cheap for the role, and it’s hard to see it going wrong.

It hasn’t been happening for him in the last month, but Martin retains the 70+ minute role int he second row where he averages mid 40s in his career, and has twice flashed the 60+ ceiling this season. If the Panthers get hold of the Cowboys in this one then another score towards the top of his range is very attainable at a bargain price.

I’ll pick on Nanai because 10 tries in 11 games has been a huge part of his breakout season, and yet he’s still only averaged 43. The Panthers are the hardest team to score against, and he’s not cheap for his average output anyway. Other Cowboys under the same umbrella include Tom Dearden, Scott Drinkwater, and Tom Gilbert. Valentine Holmes is a possible exception given his class and exceptionally cheap price.

Preston’s son has put together two excellent scores the last two weeks, looking super active on his return to the team. The price has responded accordingly, and the feeling is that the Broncos are going to be on top in this game and make scoring points more difficult. Even if that doesn’t happen, Campbell is due to regress back to the ~40 average we expect from him so far. Tino Fa’asuamaleaui is another Titan I think will struggle to have an impact on his price tag in this game.

Mam actually outscored Gamble in their first game together last week (and Mam’s first ever). His score of 54 is definitely not sustainable, but it’s hard to say just where his averages will settle over time. He’s an evasive runner, and was pretty efficient in defence with 18 tackles and only 1 missed. Without much kicking game his scores could be very volatile with a potentially low floor. Still, the price is likely too low right now, and the matchup with the Titans is not intimidating, so I think he’s worth a healthy exposure. 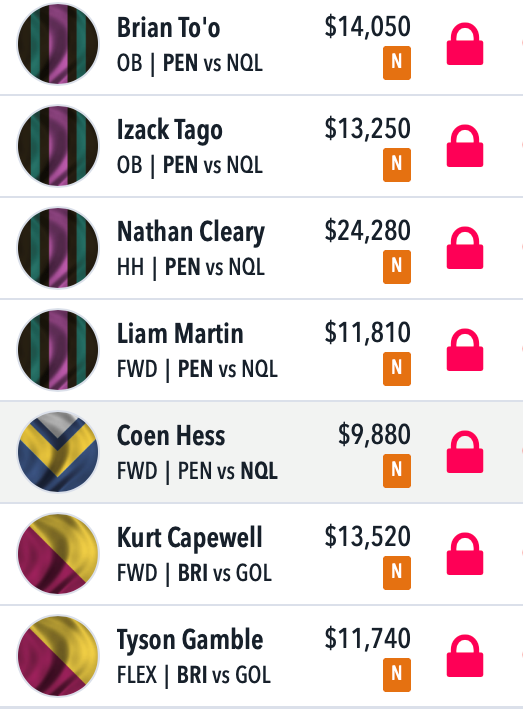