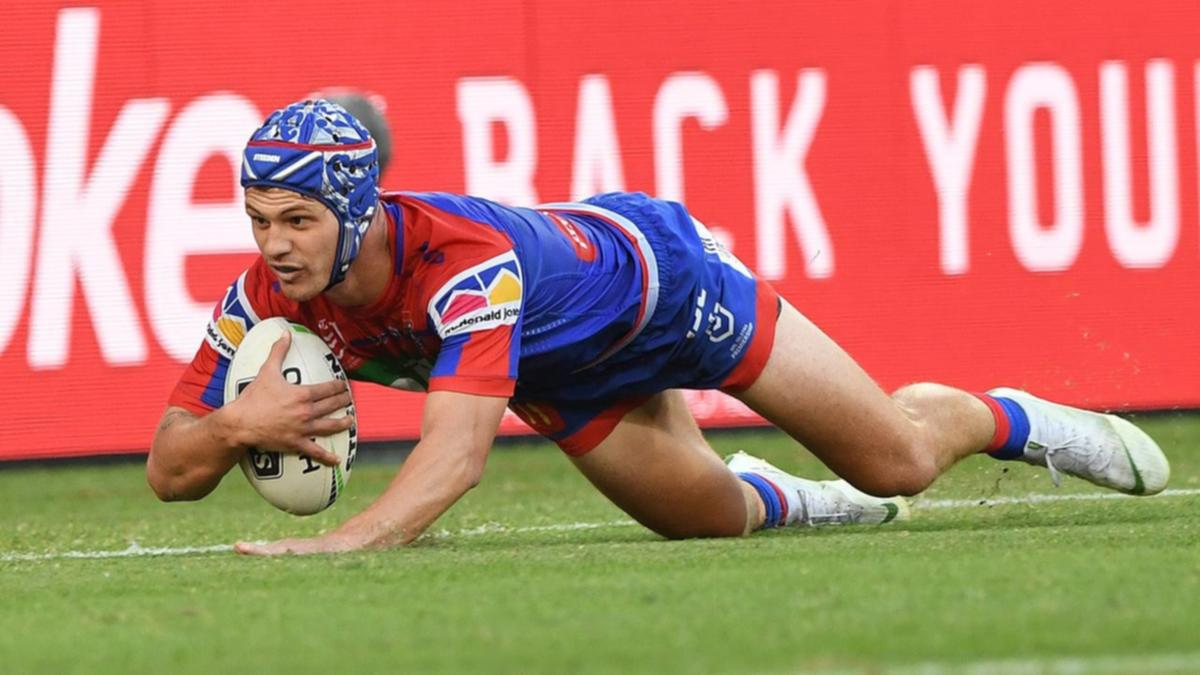 Round 10 is here, and it’s Magic Round! Personally it’s not actually any more exciting, but it does mean we have no Thursday night action and overall it’s a very intriguing slate of match-ups. We jump straight to a Friday night double header, beginning with the Canterbury Bulldogs (15th) and the Newcastle Knights (16th) facing off in a clash to decide who remain anchored to the bottom of the ladder. Then a higher quality game sees the Manly Sea Eagles (7th) and Brisbane Broncos (8th) play what is technically a Manly home game on Brisbane’s home turf. If ladder positions are anything to go by, we should at least see two very even contests.

Only one change for the Bulldogs, with Chris Patolo replacing Ava Seumanufagai on the bench. Matt Burton finally had his big game for the new team, but the inconsistency of almost everyone (other than Max King) continues.

The Knights lose Jack Johns to injury, but have a readymade replacement with Mitch Barnett returning from suspension to start in the second row. Adam Clune returns at halfback, pushing Phoenix Crossland to the bench and Simi Sasagi out of the team. Tex Hoy was very involved at five-eight last week and gets another chance to show what he can do there.

Haumole Olakau’atu returns for the Eagles, resuming his place in the second row. That means Ben Trbojevic reverts back to centre, and Morgan Harper drops out. Andrew Davey also comes into the bench in place of Kurt De Luis.

There are two big ins for the Broncos with gun forwards Payne Haas and Kurt Capewell both fit to take their usual places. That sees Patrick Carrigan move to lock, Kobe Hetherington back to the bench, and Rhys Kennedy and TC Robati both drop out of the team. Adam Reynolds is yet to have a quiet game as a Bronco and I don’t feel like this will be the week either.

As mentioned, it sets up a full weekend of close games, and both of these are wide open. Neither the Bulldogs or Knights have shown any consistent signs of form so far, and if they do get a win it’s usually in a very scrappy manner. With a few key players still missing it’s fair enough that the Knights are underdogs, but I can’t really split these two teams.

Meanwhile the Eagles have also struggled for their best form, but I think they’re very close to having their best 17 on the park this week and it’s only a matter of time until they improve. The Broncos have probably over performed a little in three straight wins, so I’m expecting a slight letdown and an Eagles victory in this one.

Bullemor was excellent on the left last week, but was overshadowed by the youngest Trbojevic brother making his starting debut and dominating on the right edge. We now have a 4 game sample of Bullemor as a starting second rower, one of which was a 32 minute stinker which may have been injury affected in round 2. In the other games he saw 70+ minutes, averaging 33 tackles, 3 tackle breaks and 100 run metres with no attacking stats. That’s 45+ points a game as a pretty reasonable guess, which is far too cheap if he maintains the role this week. There is the threat of Josh Schuster in the reserves, so if Bullemor is demoted to the bench I’m also happy to take a risk on Jordan Riki.

When we consider the ladder, the Knights have had a pretty rough run this year having played all of the top 7 teams in just 9 weeks. Clearly the team is also in some turmoil with injuries and struggling to find their best halves pairing, but the fixture hasn’t helped. The Bulldogs are easily the softest opponent they’ll have so far, which at least means fantasy points should flow a little more easily. Ponga is the best positioned to take advantage of that, as the player with the biggest ceiling and picking the goal kicking role back up last week. It’s hard to pick what weeks he’ll turn up, but the price is fantastic for the potential ceiling in this one.

The same benefits should flow to the Knights halves, even though it’s a brand new pairing. Hoy was really strong running the ball last week, and Clune has the potential to have a heavier kicking role than we’ve seen from here so far this year. I think both have 50 point upside at nice prices, but it’s unlikely they can go much higher than that. Of course if the Bulldogs are the ones that enjoy the easy matchup more-so than the Knights then this could easily fall flat.

The Knights reshuffle means that Randall’s mini run of 80 minute games is probably ending this week. Crossland back on the bench should lead to at least a 10 minutes rest for the Knights hooker, with almost no chance of the 70+ ceiling needed to be a slate winner at this price. It’s a perfect storm of big price jump and a role decrease in the same week, so don’t get sucked in by some good recent scores.

It’s the same old story at the Bulldogs, and even though Jackson has picked things up and averaged 55 in his last 4, he’s the big fantasy loser at this price. Despite his minutes still looking okay, his workload has dropped with a much stronger forward pack this year. He’s on the wrong side of 30, doesn’t have much of a ceiling for such a big price, and just generally looks like a terrible choice compared to someone like Haas or Carrigan for the Broncos.

Koula is still a teenager, and he’s clearly very good at rugby league. He’s fast, he has footwork, and he hits really hard in defence for a young centre. That stuff is all great, but the fantasy points are not really flowing just yet. A score of 40 was good against the Sharks, but 3 of his 5 games as a starter have been 26 or less. I think we should keep playing him until he explodes, which shouldn’t be far away. My comparison from a fantasy perspective is Matt Timoko, who came onto the scene strongly for the Raiders last year and has been very volatile this year. He averages 36 points a game, so I’m looking for something close from Koula in a good team. Is it an issue that he’s a natural fullback and somewhat playing out of position? Maybe, but I think he’s way too cheap regardless. 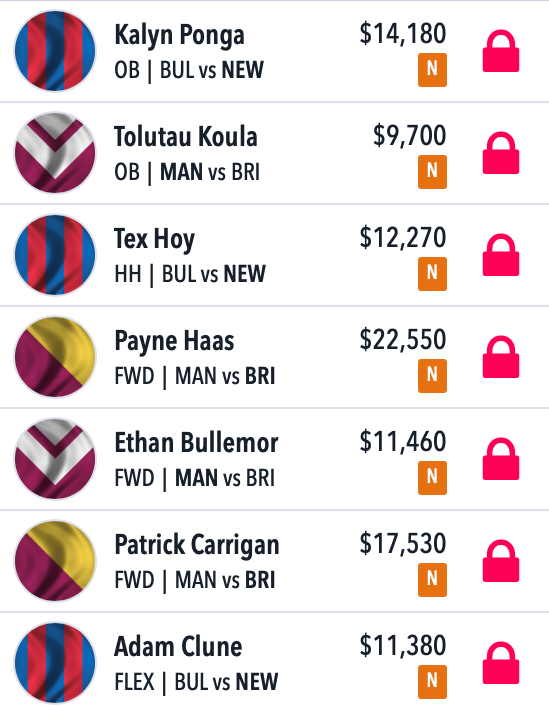