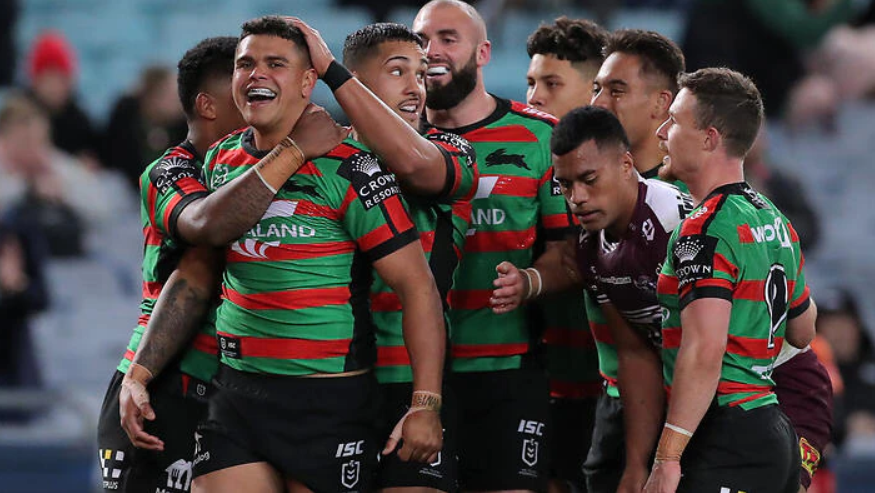 It seems that the NRL wanted to get out of the way these lopsided matchups in Round 4, but the problem is we have these matches in primetime. Not to worry, there are always Draftstars contests to win and that is our focus on this special Good Friday Double-Header slate. The Rabbitohs and the Bulldogs start us off at 4:05pm AEDT followed by the Storm and the Broncos in Melbourne at 8.05pm.

On Draftstars, a $15,000 contest for the Storm and the Broncos is a big pool along with a $10,000 pool for the Bulldogs and the Rabbitohs to kick off Friday. We also have a 2-game contest for $3,000 which you can use the “Player Swap” feature on Draftstars. Perfect if a player is no longer playing in the 2nd game! I wish more people play the 2-game slates as these give you more choice in your player pool and the chances to be unique. Let’s over the fill the pool so we can get back up to 5K next week.

More injuries at the Dogs with Jeremy Marshall-King sidelined with a foot injury. Sione Katoa returns to the dummy-half role. Corey Allen swaps to the wing and Nick Meaney goes to fullback. Lachlan Lewis returns to the side but will slide in at five-eight. Josh Jackson is suspended so in comes Renouf Atoni at lock.

Keep an eye out on the status of Rabbit front rower in Junior Tatola who hasn’t trained this week with a hamstring. However if Junior plays then we are expecting a 1-17.

For the Storm, Ryan Papenhuyzen returns after a neck injury pushing Nicho Hymes back to the reserves. Also keep an eye out for Tom Eisenhuth who copped a big tackle in the ribs last Thursday and may miss this one.

The Broncos get back big Payne Haas and Matt Lodge to boost their forward packs which puts Tevita Pangai Jnr and Tom Flegar to the bench.

W/FB: Look majority of the field are going to either getting combinations of Rabbits and Storm players or a mix of both. And that is quite understandable with both games with 20 point lines. And with the Storm only been held to 10 points last week, the options here scream VALUE. George Jennings $7,000 at the minimum and Josh Addo-Carr at $9,080 look very tasty. Jennings hasn’t scored a try yet but should break his duck here. Addo-Carr has the ability to put on a few as well being at home. Ryan Papenhuyzen at $14,580 is a big ask but could go berzerk here too. For the Rabbits, Latrell Mitchel $13,850 is at the price he should have been to start the year but like Papenhuyzen he could make a mess of this rearranged Dogs defense. After being value last round, Josh Mansour $9,590 has been priced up here and I am likely to involve him in Souths stacks. No love for the Dogs here as they are too priced up for my liking, but if you think the Storm will struggle then Jamayne Isaako is not a bad pivot at $9,340.

CTR: A word of caution if you are playing Tom Eisenhuth $10,340, as he could be a late scratch in this position. You can player swap to Justin Olam who is $80 cheaper if you need to later on. Eisenhuth only played 40 minutes last week on the edge so I may strike him out from my player pool. If Dane Gagai $12,810 was $1,000 cheaper then I will plug him in everywhere after all scores this season over 40, but my eyes are fixed on Reimis Smith $7,000 after a serviceable 23FP against the Panthers. We are back to min salary but with a 40+ point performance against the Eels in Round 2, I can take a punt on him here.

HALF: First of all, Dogs options are waaaaayyyy too expensive here so we can ignore on this slate. Brodie Croft $10,290 is the sneaky one here after some consistent fantasy scoring (ave 50.2) and these scores have come in two loses. However I can’t see he scores from attacking stats against this stout Storm defense. This leaves Rabbits pairing of Adam Reynolds $12,430 and Cody Walker $12,770 and Storm’s pairing of Cameron Munster $14,770 and Jahrome Hughes $14,340. Logic and heart will tell you to take the savings on either Reynolds and Walker but so will the field. Build Souths stacks with either of these two and look to sprinkle Storm stacks with Munster or Hughes.

2RF: Corey Waddell $9,770 will need to do a ton of work in the absence of Josh Jackson and barring injury we assume an 80 minute role. Fellow edge forward Adam Elliott $14,350 is almost becoming an elite safe player with all scores above 50FP so far this season. He may get overlooked with the likes of Cameron Murray $14,510 and Patrick Carrigan $15,060 at the same salary. If you are looking to take a shot at a cheapie, Renouf Atoni could be the one at $9,640. Scoring a fantasy point per minute off the bench, if Atoni gets two stints for 50 minutes then 40FP is not out of the question. If you do have the salary and haven’t stacked your teams too much then you cannot go wrong with Carrigan and Murray.

HOK: Damien Cook $16,850 in the first game and Brandon Smith $14,800 in the second game. Both can score tries from close range and both are involved in attacks. Wouldn’t overthink this one. Unsure of Sione Katoa’s minutes range and likely bench replacement but the crunchers will like him. Jake Turpin is stuck in no-man’s land at $15,100 and will be the least owned of the main four selections.

FRF: Fantasy machine Payne Haas $17,390 is back for the Broncos! Off field antics aside, he will have a point to prove after being suspended for the first 3 games of the season. It is an attractive price considering his last 5 games in 2020 yielded an average of 79.8. If you can get to him then well done! If you are looking at cheaper or way cheaper options then Dylan Napa $8,090 might be doing a fair bit of defence along with the returning Matthew Lodge $9,880. Tui Kamikamica $8,790 is back on the bench but does get good run with 45+ minute stints off the bench in Round’s 1 and 2. If Eisenhuth is out then he does come back into play. Tough position this one with Haas the standout but tough to pick the 2nd spot. 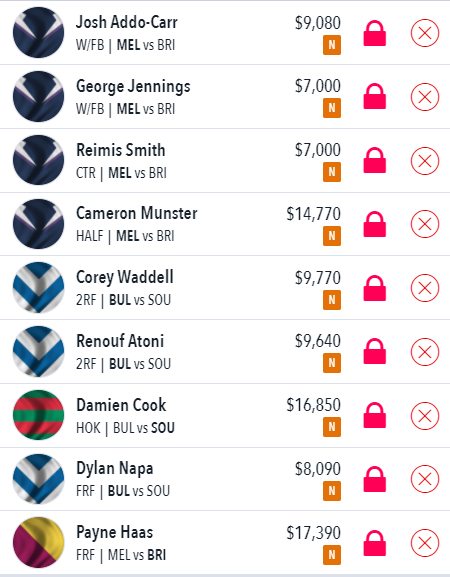