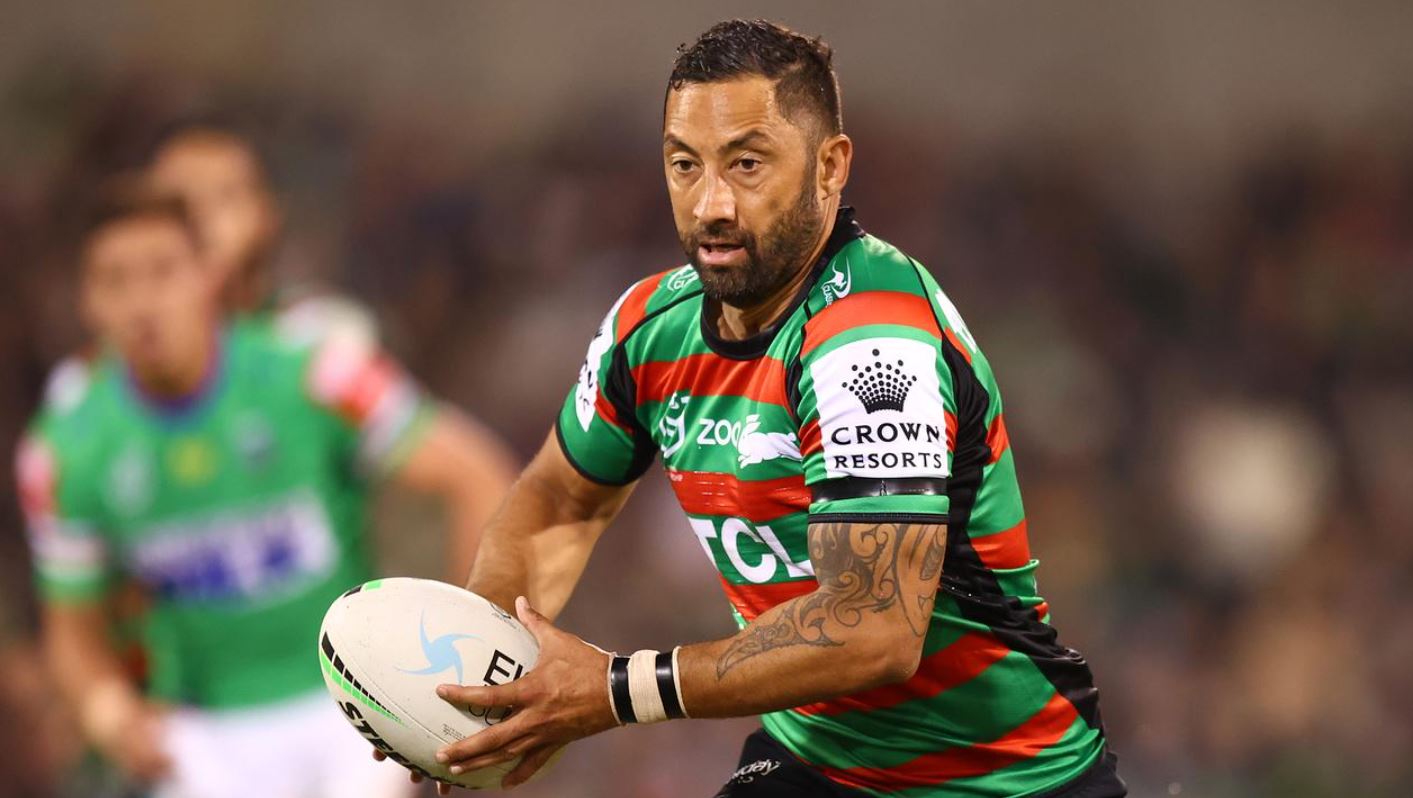 Our final Super Saturday of the year is very light on finals implications, but there should be some entertaining footy and a chance to get a look at some talented young players. We kick things off with a match at Suncorp Stadium between the Broncos (15th) and the Knights (7th). The Knights are locked into 7th no matter what, and the Broncos will only be playing for pride. Next the Cowboys (14th) play host to the Sea Eagles (4th) in Townsville. It’s a pride game for the Cowboys, and it might end up being a rest game for Manly unless the Roosters or Eels manage to win their games earlier in the weekend. Finally the Rabbitohs (3rd) and Dragons (12th) meet on the Sunshine Coast. The Rabbitohs likely have nothing to play for, and again the Dragons are just looking for one more win before their season ends.

The Broncos are rather settled after some good performances, losing Tom Flegler and Brendan Piakura to suspensions. Ethan Bullemor gets a start at prop, and Jordan Riki returns to the team in the second row, pushing TC Robati back to the bench. Corey Paix and David Mead are named on the bench, with Danny Levi out. The Knights have taken the chance to rest a few players, with Jayden Brailey, Mitch Barnett and Jacob Saifiti all taking the week off. Chris Randall is at hooker, Brodie Jones in the second row, and David Klemmer returns at prop. Jack Johns and Phoenix Crossland join the bench. Tyson Frizell is a late out for the Knights.

The Cowboys grabbed a rare win last week, and as are result are very settled. Coen Hess returns at prop for Reuben Cotter in the only change, with Jason Taumololo moving back to lock. They have a lot of decent young talent in the form of Tabuai-Fidow, Dearden, Nanai, Neame and Luki who could all become very good players, not to mention Taulagi, Drinkwater, Robson and Dunn who are all still under 25. Daejarn Asi is a late in lining up at centre. The Eagles have rested…no-one. Not yet anyway. The only changes are Sean Keppie and Taniela Paseka coming onto the bench in place of Curtis Sironen and Toafofoa Sipley. Expect some more changes if both the Roosters and Eels lose.

The Rabbitohs are one team resting plenty this week, with around 10 first choice players out (I won’t name them all). Youngsters Blake Taaffe (fullback), Lachlan Ilias (halfback), Peter Mamouzelos (hooker) come into important roles in the spine, along with oldster Benji Marshall (five-eight). Braidon Burns and Taane Milne are into the backline, and all of Patrick Mago, Jaydn Su’a and Jacob Host will start in the forward pack. An all-new bench contains Davvy Moale, Dean Hawkins, Jed Cartwright and Tautau Moga. The reserves are Jai Arrow, Cameron Murray, Cody Walker and Alex Johnston, which means we could see a couple of the starters return before kickoff if things change.

Well, as you can see from the long intro, there are a lot of moving parts on this slate. I give the Broncos a decent chance with the Knights having very little to play for, and I think the Cowboys have more chance than the $9 odds suggest, particularly if Manly rest any of their guns. The Dragons should probably be favourites, but we’ll see if the Rabbitohs use any of those reserves. Just another edition of ‘play whoever you want’.

The many changes opens up plenty of value, and both of these Knights are near the top of the pile. Both move into starting roles in which they tend to score around 40 points without anything special happening. That’s almost enough at these prices, and of course there is further upside. I expect some kind of in-game rest for the Knights stars, which only increases the chances of both these fringe players getting 80 minutes.

I’ll possibly never get another chance to write up this NRL legend, but he’s also a nice play. In his 5 starting games in the halves this season, he’s still shown plenty of energy and averaged around 40 points. He’ll need to do a little better than that in GPPs, but he does have the added upside of being accompanied in the playmaking roles by a bunch of inexperienced players who will be relying on him to play a big role. I can’t see him letting this rare starting opportunity pass by without making a bang.

With my concerns about the Eagles resting stars, I was looking for a player with big upside, but not enough of a star to be rested. Bingo. We’re just a month removed from Harper putting together a 70 and a 90 in back to back weeks. He’s also had some other scores around the 50 mark in what has been a bit of a breakout season. The Eagles shouldn’t have any trouble putting up points no matter who is on the field, and Harper is a great candidate to get on the end of some of those tries.

Even if the Rabbitohs do win comfortably, I cannot get excited about the huge price bump that Paulo received after last weeks two try 59. Yes, he has the ceiling, but he needs multiple tries to pay off the new price, and I always want to bet against that happening. 5 of his 7 scores have been under 31 this season, and perhaps a few will be sucked in by his 3 game average of 38.

On the other side of the same game, these two Dragons look far too expensive regardless of the teams performance. Both have seen major price rises after moving into new roles during the Dragons suspension crisis, with Bird in the forward pack and Sims at lock. Now back in their usual roles on the edge of the field, both are unlikely to hit the massive ceiling needed to be relevant here.

I might as well stay on the same game again, as the most team changes has lead to the most fantasy value. Both Souths rookies have been priced up more than I’d expected in anticipation of their roles leading to some strong scoring opportunities. In the case of Taaffe, we’ve yet to see any kind of ceiling in his few opportunities this season. That is likely just a problem of small sample size, players with this kind of talent score fantasy points eventually. I know nothing about Ilias, but playing at halfback there is every chance he is involved in the kicking game and can build up a nice score in base stats. Neither is cheap enough to be a must-have, but both should have the theoretical ceiling to pay off their price tags on a good day. 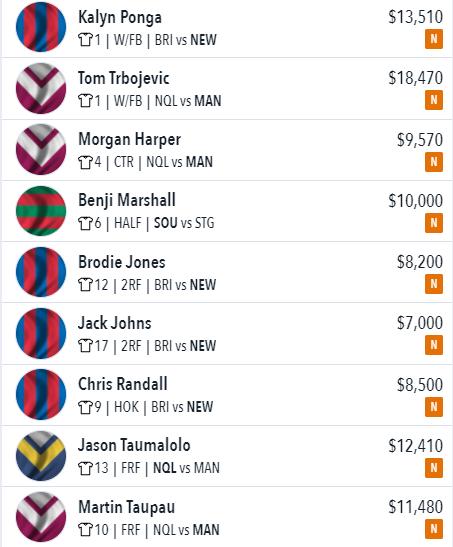