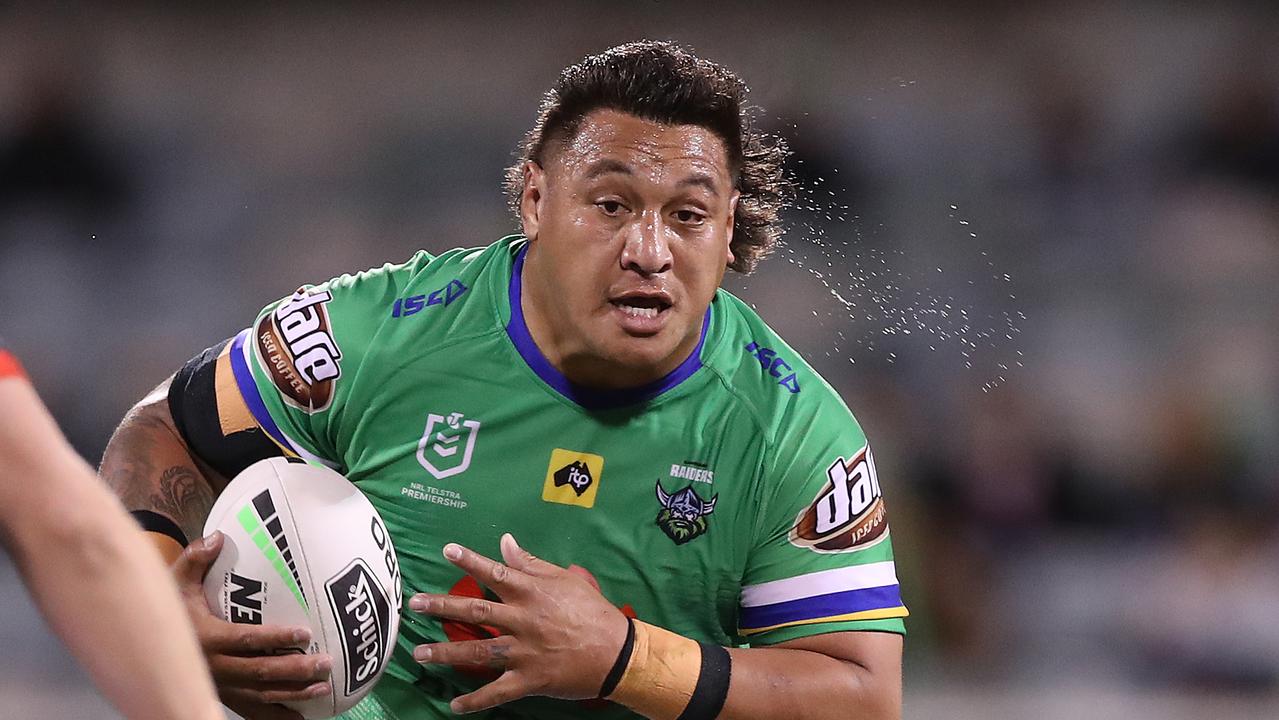 The NRL is a 100% Queensland affair in round 19, starting with this Thursday night game between the Eels (4th) and the Raiders (9th) on the Gold Coast. Both teams got a win in round 18, but the Eels come in as huge favourites thanks to a couple of major outs for the Raiders.

Draftstars has a $20,000 contest with $2,184 to first place. There are also several other contests including the Mini, Micro, and the High Roller. Plus, one of the last opportunities to obtain a Golden Ticket qualifier.

The Eels are missing halfback Mitch Moses again this week, after an injury picked up in Origin. Tom Opacic and Haze Dunster are out, with Will Penisini making his debut at centre, and Blake Ferguson gets a recall on the wing. Junior Paulo comes back into the team, pushing Marata Niukore back to the bench and Bryce Cartwright out of the team.

The Raiders have two key outs, with Jack Wighton and Xavier Savage both injured. Jordan Rapana moves to fullback, with Harley Smith-Shields coming onto the wing. Matt Frawley is back into the team in the halves. The other change is Matt Timoko coming onto the bench in place of Ryan James, although that could easily be reversed before the game.

Other than Moses, the Eels are one of the healthier the teams in the NRL right now. The Raiders on the other hand are missing half a dozen starters. Their forward pack looks fine, but the backline is starting to be populated with a lot of question marks. I think Eels stacks are the order of the day in this one.

Brown has been solid this year, but he has not gone near the ceiling he displayed last year (75+ four times). Another game without Moses, and with a big win expected, should be the perfect opportunity for him. I like his chances of a ceiling game much more than any of the other HLF options.

Despite getting his usual 50ish minutes last week, RCG put up his worst score of the season. It included his lowest tackle tally of the year, and no attacking stats at all. As a result, we get him a little cheaper than usual, and I just don’t think he can repeat such a stinker. He might be more of a cash play, but he does have a ceiling over 60 which is never out of the question.

If there’s a Raider that can still thrive in a tough matchup, I think it’s Papalii. Josh Hodgson probably deserves a mention as well. Papalii is a little cheaper than usual, and while his 70+ score is not that likely I do think something around 60 is very possible. He got reduced minutes off the bench last week after his Origin exertions, so the low score could drop his ownership a decent amount.

Other than Jordan Rapana, I have very little trust in any Raiders backs on this slate. They’re cheap, but can they go anywhere near the ceilings of the Eels options? Maybe, but I doubt it. If you want to use one, I think it needs to be done at the centre position where none of the plays are super strong.

Tapine has been doing pretty well in his reduced minutes role off the bench, coming on and scoring quickly with his energetic style. His price is hovering around where he needs at least 50 points to pay off, which has only happened twice this season. I don’t think it’s going to happen in a matchup as tough as this one.

Penisini has big wraps on him, but it’s taken a while to break into such a strong team. With Tom Opacic suffering through a bit of a form slump recently, he now comes into a position which is primed for scoring fantasy points. If he’s as good anywhere close to as good as Opacic he can replicate his mid-30s scoring and therefore looks a decent chance to pay off his minimum price tag. You never can know if a debutant will handle the step up straight away, so tread carefully. 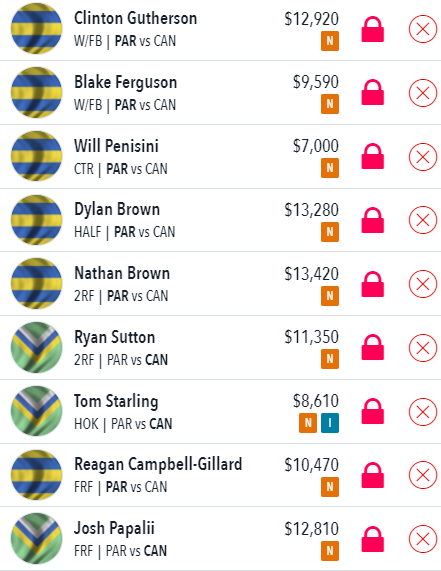