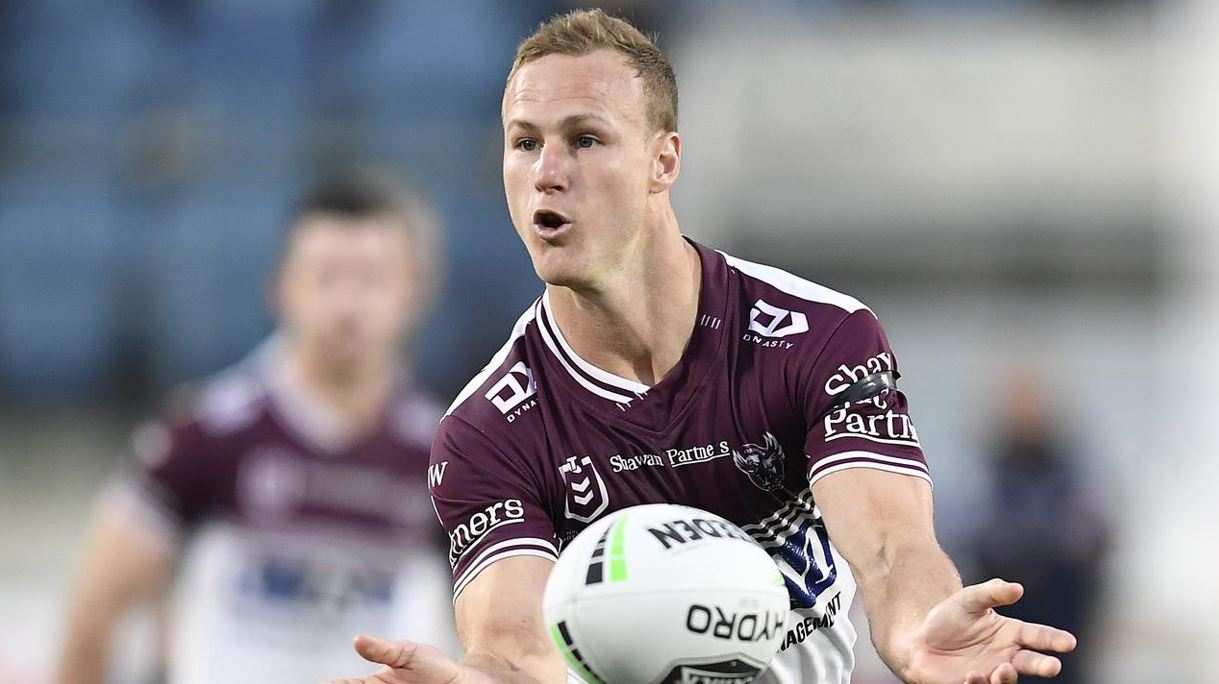 With the ever evolving COVID situation around Australia, Round 18 of the NRL for now finds itself in South East Queensland. The fixture will continue in its traditional format but the venues have changed this week. So this Friday night, CBUS Super Stadium on the Gold Coast hosts Friday’s double header with the Titans and Eels in the early game. Then they can literally high five the Sea Eagles and Dragons as they run onto the same field shortly after.

After a bruising Origin encounter just on Wednesday night there are some changes to the teams.

For now Titans players AJ Brimson, Moeaki Fotuaika and Tino Faasumaleaui are looking to back up from Wednesday night but keep an eye on the late mail as kick off approaches.

Although at the Eels, Junior Paulo has been ruled out so Marata Niukore moves into the front row and Will Smith joins the bench. Mitch Moses will be backing up from Wednesday. The Eels however do get back Reed Mahoney from his shoulder Injury.

For Manly, Tom Trbojevic will not play on Friday after his efforts on Wednesday, so Reuben Garrick will go back to fullback and Moses Suli will be on the wing. Daly Cherry-Evans will play, sending Dylan Walker back to the bench. Josh Schuster is also back from injury pushing Karl Lawton to the bench.

The Dragons COVID BBQ means their side is in tatters but since the suspensions are spread out they can field a team each week over this month. Ben Hunt and Tariq Sims will back up from Wednesday Matt Dufty, Tyrell Fuimaono and Kaide Ellis will serve their one-game suspension this week. Tyrell Sloan will play at fullback while Jack de Belin shifts to the front row and Jackson Ford comes in at lock. Jamayne Taunoa-Brown is on loan from the Warriors to plug in the gaps plus Poasa Faamausili is on the bench.

If you are playing the two game slate then looking at Sea Eagles backs options will cost you some salary but likely to be a worthwhile investment. Having the majority of your team shamed by the club, fans and media doesn’t necessarily be fruitful for fantasy scoring. The first match will be interesting as the Titans have been very hot or cold this season and have struggled against quality opposition. What also will be interesting is that 3 out of 4 teams on the slate have their halfbacks backing up from Wednesday.

I actually like two hooker options on the slate with Lawton for the late game and Clark for the earlier match. I do edge Clark in two-game slates as this will give you an extra $3,000 for your lineups. Although Clark is still not playing 80 minutes he has pushed over the 40FP mark in 2 out of his past three matches. It is a risky value selection as I am sure the Titans will want to get Tyrone Peachey some more time in the middle of the park after a weird 20 minute stint last round.

Keppie is still at a great price for his recent fantasy output and throw in his dual position availability, then this makes it a perfectly good value play. 5 out of the last 6 scores over 40+ with a match average of 44.4 shows great consistency for your head-to-head or double up teams. The cheapest starter in the FRF makes Keppie him a popular play.

Junior Paulo was ruled out on Thursday and the Eels have named Niukore to start in the front row. Niukore has been playing limited minutes off the bench (35-45) minutes and has been scoring at a rate of 0.75 fantasy points per minute. Niukore should see a bump in minutes (at a guess 50 minutes) which should pay off one of the lowest salaries in the 2RF position.

With no Trbojevic on the slate, King Gutho looks to be the ideal target to fill in your W/FB spot. A week up in Origin camp would no doubt freshen Gutherson up after an average fantasy score against the Panthers. The price has come down to a very affordable mid-price selection and you only need to look at his season scores to see that his ceiling is 60+.

DCE was pretty solid in Queensland’s win on Wednesday night and I have no doubt about his ability to back up after 48 hours. Scored 114 fantasy points back in June after two days' rest so there are no issues there. The Dragons are a mess both team list wise and in confidence after the events at the club. No Trbojevic hurts him a little but with the Sea Eagles as 13.5 point favourites, I expect DCE to lead this pack around the park with ease. 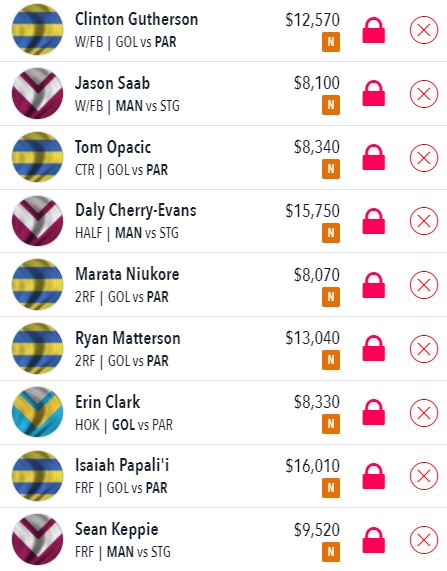