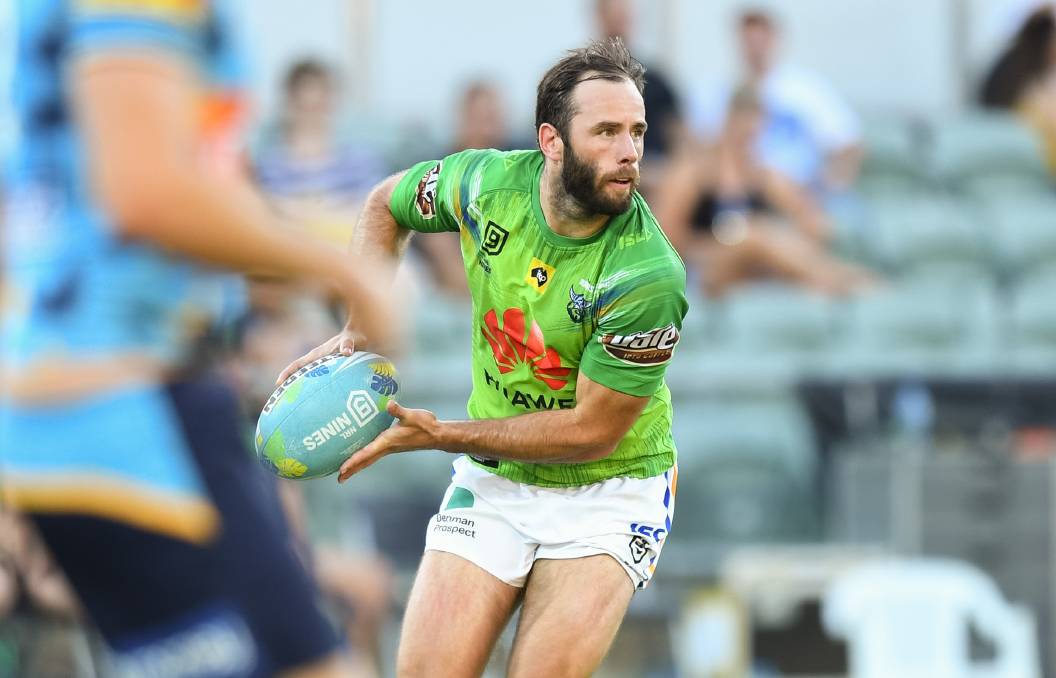 Round 17 brings us a half-slate of games, with one game per day from Thursday through to Sunday. We kick off the action with the Manly Sea Eagles (5th) hosting the Canberra Raiders (13th) at Brookvale. It’s clear that the form of these teams is wildly different, but a lot of that is off the back of Tom Trbojevic putting the Eagles team on his back and treating the opposition like an under 12s reserve grade outfit. Playing their second game without him since round 6 will be interesting. The Raiders are also missing some star players.

Draftstars has a $15,000 contest with $1,133 to first place. There are also several other contests including the Mini, Micro, and the High Roller.

As mentioned, Tommy Turbo and Daly Cherry-Evans are in origin camp, and Jake Turbo is still injured. Reuben Garrick shifts to fullback with Moses Suli coming onto the wing. Dylan Walker is named to come into the halves. The rest of the team is unchanged.

The Raiders lose Jack Wighton and Josh Papalii to origin, as well as Elliot Whitehead and Bailey Simonsson to injury. Xavier Savage makes his debut at fullback and Matt Frawley comes in at halfback for his second game in the last 3 seasons. Emre Guler and Hudson Young join the starting side at prop and second-row respectively, and Ryan James comes onto the bench.

Another week where we cannot look into the try location stats that much. With Garrick moving to Fullback and Cherry-Evans and Wighton on Origin duty, there are no edges for this match.

Manly deserve to be favourites despite losing their two best players, because the whole team has improved throughout the year and playing at home never hurts. I am not willing to rule the Raiders out with a solid forward pack, a lot will depend on how the likes of Savage and Frawley perform in their first crack at it. The injury issues of Seb Kris and Jarrod Croker are also concerning.

Frawley has played one game for the Raiders in 2020, and before that his last game was in 2018. That’s why he’s so cheap, but he has averaged 37 in his 70+ minute games (25 in total). He should be in his prime at 27 years of age, so I see no reason he can’t meet that mid-30s expectation at worst. How he gels with Sam Williams will be interesting, with Williams almost an equally good option. Whichever one you choose, this kind of salary relief is needed on this slate with very few cheap plays appealing in the forwards.

The only “cheap” forward that stands out is Guler. He gets another starting opportunity with Papalii out, and he’s roughly a 40-point player when starting. It’s a good cash play, but he also has some upside for GPPs.

I don’t want to go too Raiders heavy, so Suli looks like another nice salary saver. If Manly continue their domination and put up a big score on the Raiders, Suli is an excellent chance to get on the end of some big plays. Jordan Rapana is another good play if you prefer the idea of the Raiders putting up a fight.

Hate it is a bit strong for this play, but that’s the format! This pretty much relies on Cade Cust still being on the bench when the game starts. There is no guarantee that Cust eats into Croker’s minutes too much, but the risk is there and puts him as a clear number 3 option at the hooker position behind Lawton and Hodgson.

Parker has the best form numbers at the CTR position, thanks to a 3-week run of 45-55 scores. He’s been back to his usual 15-30 range the last 2 weeks, but the price is still high. If the form numbers help to drive his ownership up, I don’t want any part of it. The cheap Raiders, or better scorer in Morgan Harper, are definitely preferable.

A 19-year-old fullback on “debut” (he played 10 mins as 18th man two weeks ago) is the definition of a massive unknown. His short stint yielded a negative score against the Dragons, but that needs to be ignored. He’s roughly the 4th string fullback option at the Raiders, so it’s hard to say that he’s forced his way in on pure talent. At best he is a young stud who can get on the end of an upset Raiders win. At worst, he is not up to the level and struggles to get involved as the Raiders get thumped. It’s probably somewhere in the middle, so I think at least some exposure is advisable. 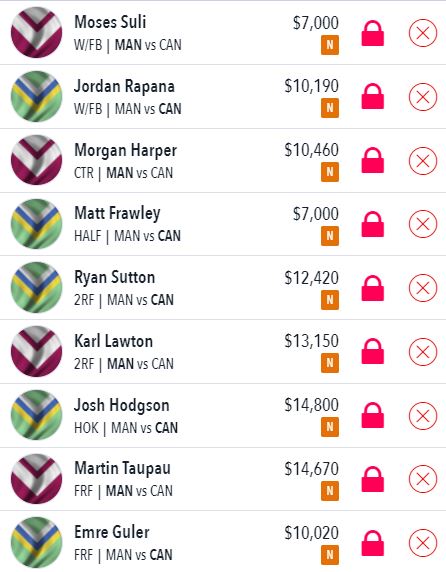