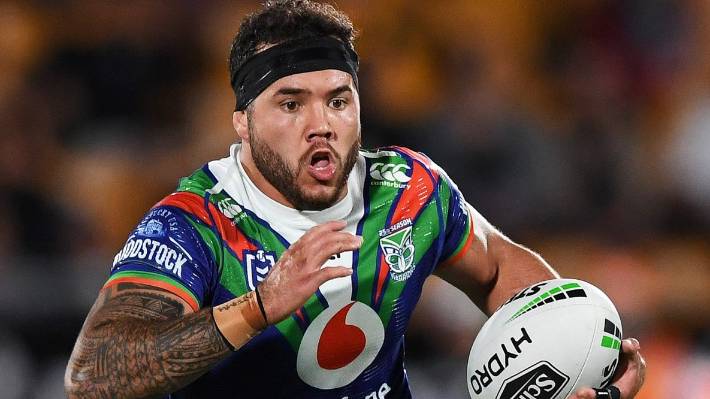 Round 15 brings us a somewhat intriguing Super Saturday, with 5 teams in the 8-14 range on the ladder, and one superpower in the ladder-leading Storm. We start with a Knights home game against the nearby Warriors team (currently based on the Central Coast), on what could be a rainy Saturday afternoon. Neither team has much form to speak of, so it looks like a truly even battle. Next the Dragons host the Raiders, with both teams also on the wrong side of the W-L record lately, although the Raiders at least won last week, while the Dragons were soundly beaten by the last-placed Bulldogs. Finally, the Storm host the Tigers on the Sunshine Coast, where the weather should be lovely for the most clear-cut game of the weekend.

The Knights won’t be getting Kalyn Ponga back as expected, but they still welcome Mitchell Pearce and Hymel Hunt back into the team. Bradman Best is out with an ankle injury, and Phoenix Crossland goes out of the halves. David Klemmer returns on the bench, with Matt Croker out of the team. The Warriors lost Chanel Harris-Tavita to a serious injury, with Sean O’Sullivan taking his spot at halfback. Young gun Reece Walsh returns at fullback, once again shifting Roger Tuivasa-Scheck to the wing. Wade Egan is out after a major concussion, with Jazz Tevaga taking his spot at hooker. Adam Pompey comes into the centres in place of Rocco Berry, and Addin Fonua-Blake is named to start, switching spots with Leeson Ah Mau who moves back to the bench.

The Dragons have names the same 17 from last week, but Zac Lomax is a chance to return having been named in the reserves. The Raiders lineup is also unchanged after a big win last week.

Jesse Bromwich is out with injury, effectively replaced by Christian Welch who is returning from his own injury. George Jennings returns on the wing, forcing out Dean Ieremia. For the Tigers, Adam Doueihi is out with concussion, with new arrival Ken Maumalo in on the wing and James Roberts shifting back to centre. Moses Mbye is named to return in the halves in place of Billy Walters, although he will need to prove his fitness. The forward pack is unchanged.

There is nothing to suggest the Storm should have any trouble beating up on an underwhelming Tigers team. That makes taking a few attacking pieces from the Storm to bring your lineups home strong a bit of a no-brainer. Other than that,  you can pick and choose game scripts from the early game to find that unique winning combination

Jazz isn’t the trustworthy points machine that he has been in the past, but that is mostly down to unpredictable roles which change week to week. This week we get a very predictable role as the starting hooker with limited cover options in the lineup. Bayley Sironen can play a role at hooker, but I don’t expect him to steal too many minutes. Tevaga’s price has dropped thanks to some low minute bench games, and he should safely hit 40+ and possibly 50+ without doing anything too special.

I did a double take when I saw this price. If my memory serves me correctly it wasn’t so long ago the we were seeing Vaughan touch the 15K mark, and now under 11? It’s true that his scoring has been volatile this season with 5 games of 50+ and 5 games under 35, and not much in between. At this price that means that he’s roughly a 50% chance to get near 5X value, with the potential for even more upside after that. Throw in a little narrative of playing against his old team, and it’s easy to plug in Vaughan at a FRF position devoid of much safe value.

We saw some signs of life after a quiet month from Olam, and I think we can put that down to Cameron Munster being fit again and making the whole left edge far more dangerous. Now Olam gets a comfortable matchup against a struggling Tigers team who have lost their right centre, so he will be running at James Roberts and David Nofoaluma. That doesn’t scream defensive brick wall to me, I want pieces of Melbournes left side attack. Olams ceiling is 8x value on this price, so you can play him in any format.

The way the Knights season is going has me feeling numb, and that is now perfectly summed up by having a 12K Mann playing in the centres. I love using Mann as a low-owned, sneaky high-ceiling play in the halves, but at centre he has nowhere near the required ceiling and is an obvious fade candidate.

Now for something a tad bolder. Smith is on absolute fire with 4 straight scores in the 60’s and a 5 game average of 63. The problem is that he’s scored 5 tries in his last 6 games, and that is just clearly not sustainable. His unique burrowing runs from dummy-half are clearly effective, but it just can’t happen every week. With his price at an all-time high, it’s time to give him a miss and let regression do its brutal work. Even if he does manage a try-assisted 65 again, it won’t kill you at this price and with much better value available at both HOK and 2RF.

Who Knows - The HLF position

If there is one position that looks hard to separate on this slate, it’s the halves. Sam Williams has no ceiling, Wighton and Munster have been below their usual level of late, Nikorima and Hughes are expensive, Clifford and Pearce have limited upside the way the Knights are going, Mbye is injured, Norman and Hunt are expensive as underdogs, and O’Sullivan and Walsh are volatile. That’s 12 players, none of whom scream pick me, and only a few of which can be ruled out relatively easily. I didn’t even mention Brooks or Watson, both of whom could be the correct answer. Perhaps the only way to solve the puzzle is to build the rest of your lineup and see how much salary is left over for the HLF position at the end. 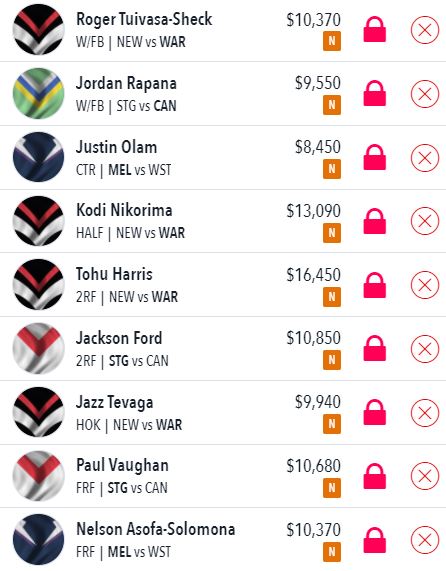