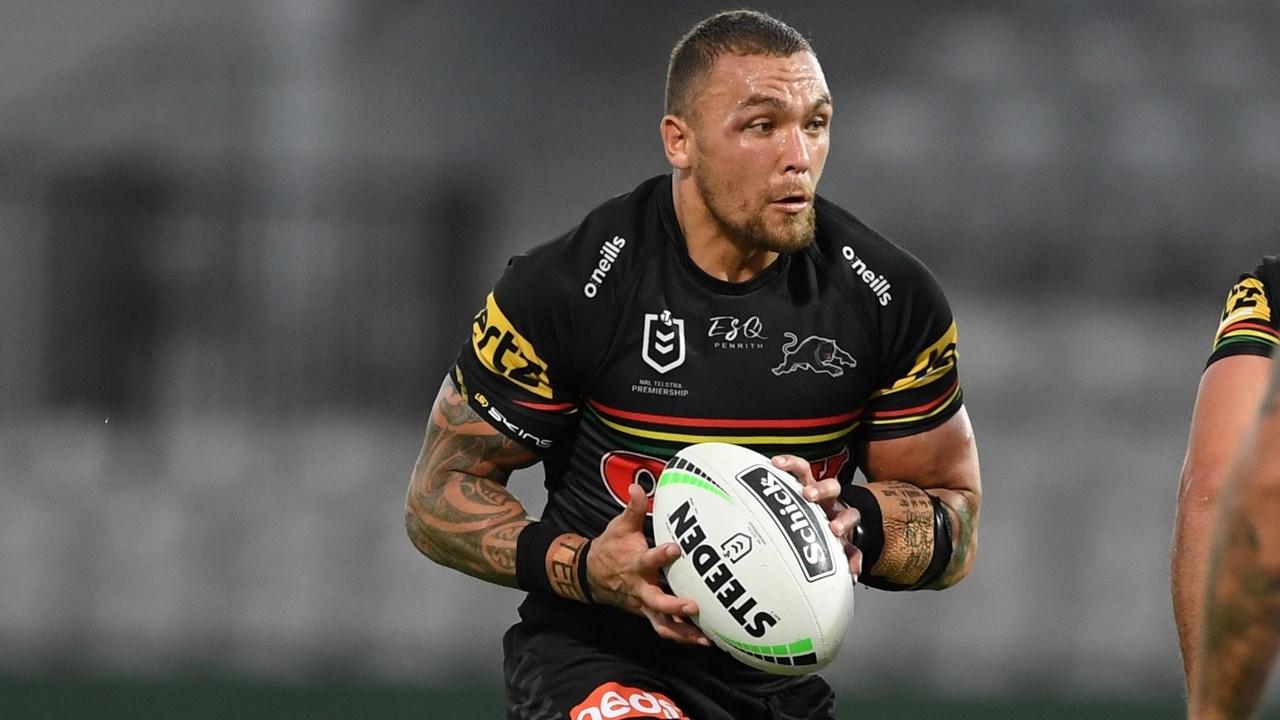 Just the four games spread over four days in the NRL and one that has the most significant consequences for one team. The Wests Tigers (13th) host the ladder leading Penrith Panthers (1st) who have numerous players on Origin duty. However the Panthers squad is packed and still go into Friday’s contest as favourites. With players on duty this does create some more unique options for daily fantasy, so let’s see what we can come up with here.

Draftstars have posted a single game contest worth $15,000 with $1,132 going to first place. The Mini and Micro are also available for this contest.

For a one game slate, there are a ton of team changes so let’s get through them

Tigers - Joe Ofahengaue is the only change to the Tigers side as he is on Origin duty, with Alex Seyfarth coming in to start at lock.

Panthers - Moses Leota is suspended so Spencer Leniu replaces him at prop. Nathan Cleary, Jarome Luai, Brian To'o, Isaah Yeo, Liam Martin, Api Koroisau and Kurt Capewell all away on Origin duty. Dylan Edwards is back at fullback after a hamstring injury, which pushes Stephen Cricthon to the centres. Matt Burton pushes over to his “regular” spot at five-eigth and he will be paired with Tyrone May who starts instead of Nathan Cleary. Mitch Kenny starts at Hooker, Robert Jennings on the wing with Scott Sorensen and Matt Eisenhuth starting in the second row. Jaeman Salmon, J'maine Hopgood and debutants Lindsay Smith and Izack Tago are on the bench.

With the Panthers playmakers on Origin duty, the replacements in Burton and May are more than capable at NRL level. Draftstars have seen this and rightly bumped Burton’s price but is still very much in play. What you will find however is the majority of backs and forwards have dual position availability which is going to see a vast combination of lineups. Players such as Momirovski and Brooks might go under owned as they have “single” status.

With Viliame Kikau still playing on the left edge, we have value open up on the right edge and lock position for the Panthers. Eishenhuth has the added bonus of being FRF eligible and over the journey he has shown 50FP+ upside when getting in the start in 2020. Sorensen has been pretty solid off the bench in his 4 games this season and has scored a 47FP performance late in 2020. If I was to choose just the one then I will stick with Eisenhuth but you can always pivot to Sorensen if Eisenhuth goes down injured.

One of the most versatile bench players in the NRL gets his opportunity at all places at Half Back. This is no strange occurrence for May who actually played in trial matches in this position in years past. May has been getting upwards of 40 minutes off the bench this season for the Panthers and his CTR eligibility means you can get to other players in the HALF position. Matt Burton will control the kicking game but that price is too good to give up for his attacking upside.

Liddle has been solid but not that spectulcar since he returned to the Tigers side at dummy-half. Playing 60-65 minutes in his past three matches at an average of 40FP. He is going to be seen as a value play in the Hooker role with Mitch Kenny priced up at just under 15k. Fine to plug in as he does have 50+ upside if he can play the full 80 minutes.

With pretty much all of his forward pack mates not playing, Fisher-Harris is the obvious pay-up choice in this slate. 4 out of his last 5 matches he has gone past 60 fantasy points and a very safe floor to boot. Will be widely popular in ownership but the value is there to select him. Pivoting or combining with Alex Twal at $13,570 is worthy of consideration with both teams benches very inexperienced. 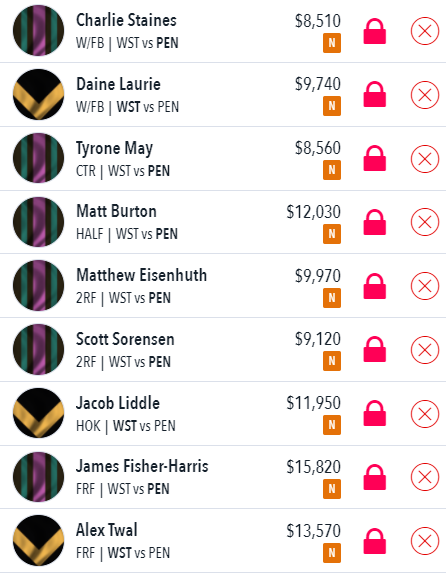