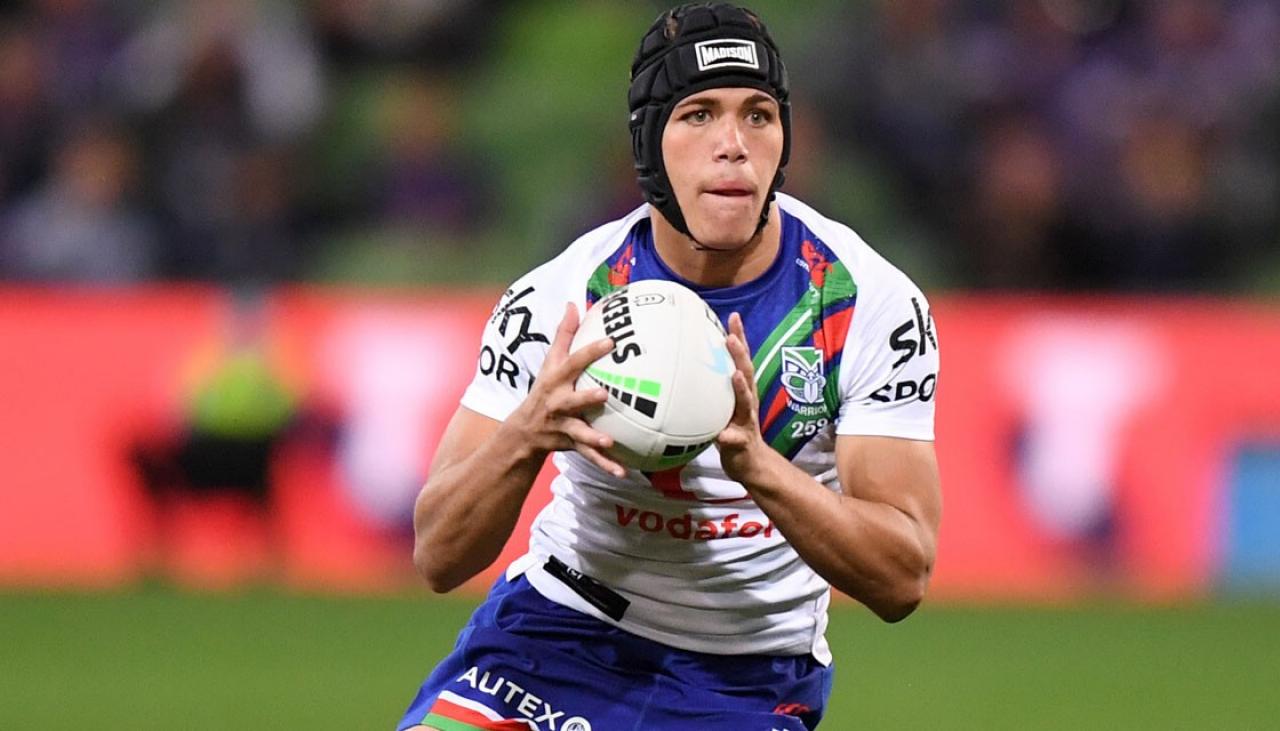 It was a cracking start on Thursday night in the NRL to kick off Indigenous round and once again another two games grace daily fantasy players on Friday night. We start at Country Bank stadium in Townsville for the Cowboys (10th) who take on the Warriors (9th) in the early game, then the Tigers (14th) are looking to keep their season alive by taking on the Dragons (7th) at Bankwest stadium. All four teams are feeling the pinch with injuries and suspensions but we still have plenty of prize money from Draftstars to get hold of. While we are only in Round 12, both games are repeat matches from earlier this year. The Cowboys and the Tigers were winners in their first matches.

On Draftstars, a $12,000 contest for the Tigers and the Dragons is the highlight on Friday night, along with a $10,000 pool for the Cowboys and the Warriors to kick off Friday. We also have a 2-game contest for $3,000 which you can use the “Player Swap” feature on Draftstars. There are also High Roller and Micro contests available for the late game.

Sydney - Cloudy and quite cool, into a fresh evening.

For the Cowboys Jason Taumalolo is out once again, but this time to suspension with Coen Hess playing at Lock. Hamiso Tabuai-Fidow is the centres after a thumb injury to Connolly Lemuelu. Peter Hola and Corey Jensen come onto the bench for Lachlan Burr and Francis Molo.

The Warriors are keeping Reece Walsh at fullback and Roger Tuivasa-Sheck on the wing. Kane Evans and Jack Murchie get the start in the forwards with Bunty Afoa and Ben Murdoch-Massila back on the bench.

Joey Leilua is out so in comes James Roberts after his pec injury. However Roberts will play on a wing with Tommy Talau playing as a centre.

Interesting slate of games this one. The large amount of changes with the Dragons each week provides opportunity to attack value on certain players. While I wouldn’t want to list each and everyone of them you can certainly build some good teams around cheap Dragons forwards. I do like the first game however for backs, with the books hanging a 50+ game total in Townsville. The Warriors score and give up a lot of fantasy points so look to target the first game for backs and second match for forwards.

Burns was a late switch back into on an edge instead of being a centre against the Sharks, so he keeps his CTR status against the Tigers. Anytime you can get a sub 9K starting forward into a CTR position is gold. While it didn’t pull off for Tom Eishenhuth last night (he suffered an HIA), you need to back the truck up here. If he starts and plays 60 minutes, then that’s an easy 35-40 point score in the CTR position. I wouldn’t play him as a 2RF.

One player who took his opportunity for a start against the Sharks was Ford. 60 minutes for a 56FP score playing at Lock. Just shy of 100m running and 38 tackles means he is an instant value at 10k. I am a bit wary of his minutes with Faamausili, Alvaro and Jaiyden Hunt on the bench. But as I said, the Dragons suspensions and injuries in the forward pack have created opportunities to attack the value here.

Was Taulagi’s breakout game against the Knights a sign of things to come? If you missed it, 10 Tackle breaks, 192 metres gained and 3 tries for 88 fantasy points. The Cowboys are targeting their left edge of attack and that sub $8K price tag is very attractive in a high scoring matchup. A Burns/Taulagi pairing allows you to spend up at the second W/FB or HALF position, which while popular should be a sensible one.

Walsh’s start to his NRL career has been very underestimated with the spotlight on Sam Walker for the Roosters. Walsh is shaping up to be a fantasy jet with the ability to break tackles, offload, set up tries, set up line breaks and score tries himself. Has crossed the line in his last three matches and hasn’t scored under 50 in his past three games he has started (ignore the 23FP effort against Manly off the bench). The flexibility to throw him in as a winger allows you to reach another premium Half back. Nearly my first pick.

McCullough is back in a full 80 minute role after two weeks he was given a rest on the bench. With three big forwards and a half back replacement on the bench (Talatau Amone) then I expect the full 80 minutes once again. Safe as they come (HIA aside :/) and against fellow dummy-halves that don’t show much value.

Can I repeat what I wrote last week? Kind of cheating but as I wrote last week, Harris plays 80 minutes, makes his 40+ tackles and runs for 100+ metres. What sets Harris apart from other premium edge forwards is his ability to make off-loads/tackle breaks and loves to sniff a try. Now last week Harris scored 60FP with only 1 Tackle Break and nothing else but tackles and run metres. That won’t happen again so another big score is coming up against the Cowboys. 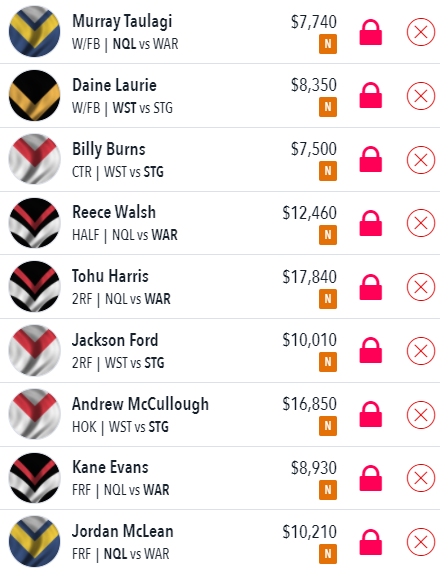