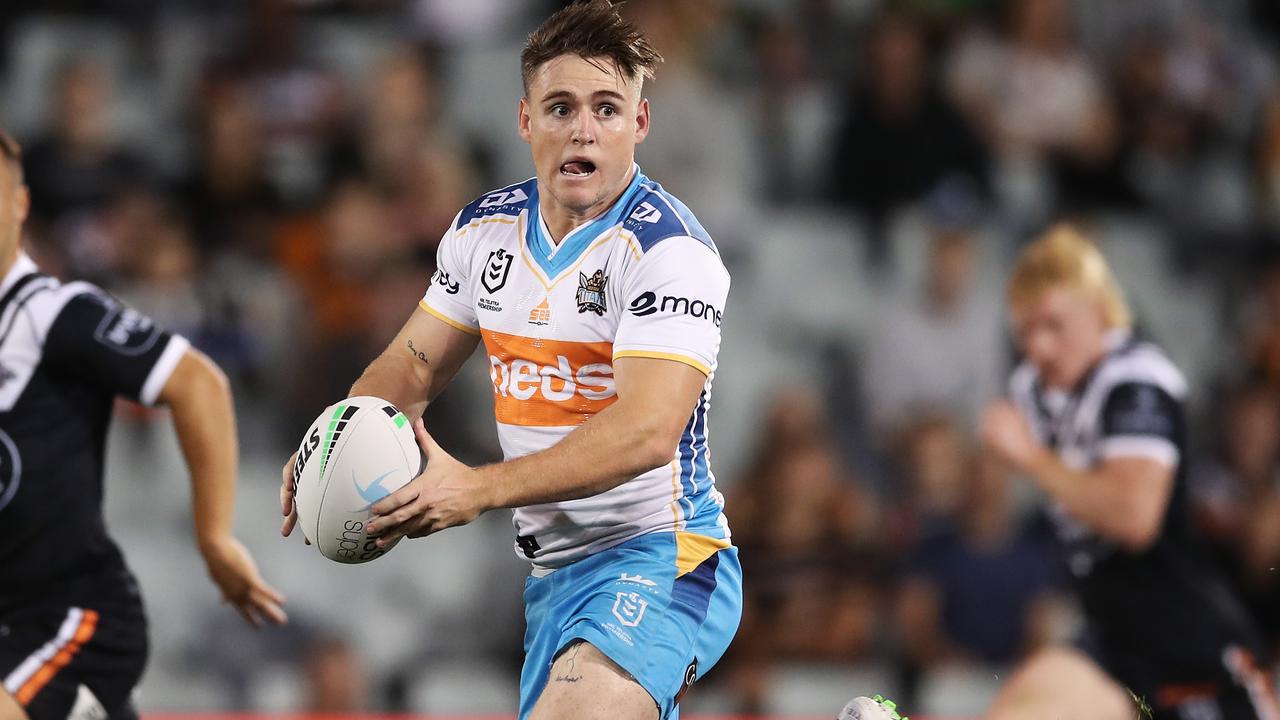 Welcome to Super Saturday in Round 11, where a Magic Round hangover sees some big changes for the teams, and some fairly lopsided contests. The Titans host the Bulldogs to start off, with both teams struggling but the class difference still apparent. The Roosters finally have some continuity in their lineup, and should make light work of the Broncos after their massive loss last week. Finally the Raiders are missing most of their key players, but get some relief int he fact that the Storm are also without their entire starting spine.

For the Titans, Tyrone Peachey and Herman Ese’Ese are out with suspension, meaning Mo Fotuaika starts at prop, and Erin Clark and Sam Stone join the bench. The Bulldogs have a debutant in Aaron Schoupp at centre, with Nick Meaney moving to the win to replace Tui Katoa. Matt Doorey takes the starting spot of Adam Elliot, with Elliot moving back to the bench. Dylan Napa returns from injury on the bench with Ofahiki Ogden back in the reserves.

The Roosters have named an unchanged team, but have said that Joseph Suaalii will debut this week. That may mean he joins the bench. The Broncos have several changes, with Dale Copley and David Mead joining the backline in place of Corey Oates and Herbie Farnowrth. Anthony Milford has been dropped again with Albert Kelly taking his spot in the halves. Keenan Palasia replaces the suspended Jordan Riki at 2RF. Kobe Hetherington replaces Danny Levi at the utility spot on the bench.

The Raiders lose Jack Wighton, Josh Paplaiii and Josh Hodgson to suspension, with Sam Williams, Dunamis Lui and debutant Brad Schneider named in their place. Ryan Sutton also makes his return from injury off the bench. The Storm are still without Cam Munster, but also lose Jahrome Hughes and Ryan Papnehuyzen, meaning a new halves combo of Cooper Johns and Chris Lewis. Brandon Smith returns at hooker, with Tyson Smoothy out with injury. Kenny Bromwich is also out with injury, with Tom Eisenhuth starting at 2RF and Aaron Pene and Trent Loiero joining the bench.

Eisenhuth has scored well in his limited opportunities starting in the back row. He’s likely to score 40+ in base stats and be the clear can’t-miss value play on this slate.

After another slow start last week, Teddy roared back to life in the second half and showed that his short form lull is over. He’s still reasonably cheap for his massive upside and should make light work of the ordinary Broncos defense.

Brimson is another classy fullback that looks like he should be able to make light work of an easy opposition today. The Bulldogs routinely give up big points to fullbacks, and Brimson has done well against some other easy opposition this year, including a 60+ against the Broncos a couple of weeks ago.

Aekins has been steady filling in at fullback this season, and last week he finally showed a bit of a ceiling with a 50. I don’t expect a repeat performance against the stingy Storm defence, and his slight price rise means a ~40 score isn’t very appealing in a GPP.

There are a couple of reasons to single out Gamble, but really, I think it’s wise to avoid all Broncos backs and most of their forwards in this one. Gamble’s price has risen a little, and we have seen any signs of the 50+ ceiling that he’d need to win you the slate. Pair that with a brand new halves partner and a brutal matchup and I think it’s wise to look elsewhere.

Despite being made captain, the wheels have come off for Turpin in the last month. He started the season with 6 straight 80 minute games, and then has been much lower in 3 of the last 4. The change in his backup from Danny Levi to Kobe Hetherington could make a difference, but I really have no idea. If he gets 80 minutes, he’s at a decent price with a good chance of racking up 50+ tackles against the Roosters. With so much uncertainty though, it might be easier to look elsewhere at hooker, with safer upside in any of the cheaper Roosters options or Tanah Boyd. 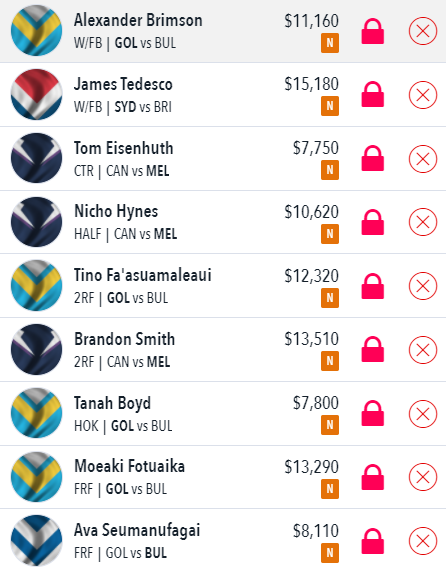