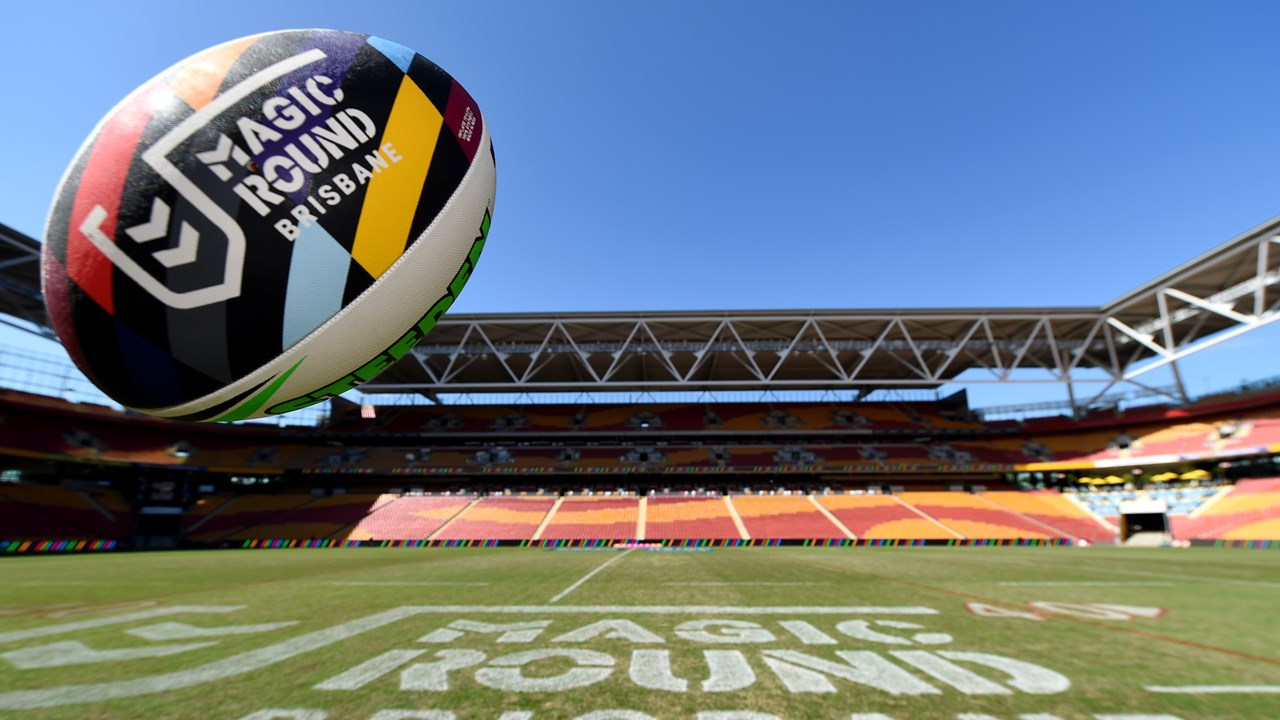 Round 10 is Magic Round for the NRL as all 16 teams converge on Brisbane for a festival of Rugby League. With no Thursday night action, the round starts with a Double Header on Friday night with the 15th placed Wests Tigers taking on the 10th placed Newcastle Knights in the early game. Then it is a “home” game for the Manly Sea Eagles who are 9th placed taking on the Brisbane Broncos who sit at 14th. The Sea Eagles are the form side winning 4 games out of their last 5 appearances.

On Draftstars, a $12,000 contest for the Sea Eagles and the Broncos is the highlight on Friday night, along with a $10,000 pool for the Tigers and the Knights to kick off Friday. We also have a 2-game contest for $3,000 which you can use the “Player Swap” feature on Draftstars. There are also High Roller and Micro contests available for the late game.

The Tigers made a shock switch by naming Adam Doueihi at centre and Moses Mbye at five-eight. Real head scratcher that one after Doueihi scored 97FP last week… Jake Simpkin, Stefano Utoikamanu and Zac Cini are all out. Jacob Liddle is back at Hooker, Tommy Talau on the Wing and Jock Madden and Shawn Blore on the bench.

For the Knights, news on Thursday that Kalyn Ponga is out for a couple of weeks with an abductor injury. Tex Roy will cover the back. Apart from that, they are unchanged after promoting Lachlan Fitzgibbon to the starting side, Mitch Barnett to Lock and Connor Watson to the bench before kick-off last week.

For Manly, Martin Taupau returns to the front row pushing out Sean Keppie. Keep an eye out on Keppie who has been named but need a HIA on a knock last week.

The Broncos lose skipper Pat Carrigan who has suffered an ACL tear. This creates some salary relief on Draftstars with Tom Flegler replacing Carrigan at Lock.

Let’s break down each match on Friday night. With no Home Ground advantage in the first match and a Tigers team reshuffling their halves, we can attack the premium options for the Knights who have become a reliable source of fantasy scoring. The real cheap options on either side are very much unreliable so expect many to jump on these value plays.

The Sea Eagles are the form team here and have a great matchup against the Broncos who spent a lot of petrol tickets against the Cowboys. There is some opportunity with Broncos options after losing Carrigan for the season. Draftstars have done a good job here with their salaries.

Luke Brooks ($11,230) - With Doueihi pushed out to the Centres, Brooks will be pretty much solely responsible for the Tigers kicking game. Only kicked 102 meters against the Titans compared to Doueihi’s 354. The spotlight will be on Brooks as the underdog and outside of Phoenix Crossland who is at value himself, is one of the top value options on the board.

David Nofoaluma ($10,470) - Apart from his two try explosion against the Titans last week, ‘Nofo’ has been relatively quiet from a fantasy point of view. A range of scoring between 27 to 45 is ok but not tournament winning quality, but what I like about this matchup is the previous meeting in Round 3. Nofoaluma scored 59FP on the back of 7 Tackle Breaks and a try against the Knights and now gets a matchup against a Knights side conceding 54% of their tries on his wing.

Jason Saab ($7,000) - This is either a gift from Draftstars or maybe they know something we don’t know. Saab’s 3 tries last week was obviously a season high but his price has not budged. You could only look at the first 5 rounds of the season to show that Saab was an awful fantasy selection. However the run metres have gone up and 8 tries in his last 5 games means we can almost lock in with some confidence.

Lachlan Croker ($9,900) - After playing 80 minutes last week there is some confidence to roster Croker over Jake Turpin who also played the full 80 minutes last week. With Turpin $3,000 more expensive and relatively small gap between fantasy output, I rather prefer the savings elsewhere with Croker.

Jacob Liddle ($12,380) - With Jayden Brailey at an eye-watering $16,560, expect many to come down to Liddle at $12k. Liddle lost his role to Jake Simpkin back in Round 6 but was eager enough to reclaim the dummy-half role. Not quite sure he will play the full 80 minutes with Jock Madden lurking on the bench but can reach 50+FP alone here. If you want to get leverage then try and pay up to Brailey but that would cost you a shot at Tyson Frizell or Kalyn Ponga.

Tyson Frizell ($15,070) - Frizell has taken his fantasy game to another level for the Knights in the past month averaging 61FP in his past 9 games. Playing 80 minutes on the edge, Frizell is still managing to contribute to his fantasy score through off-loads and tackle breaks. With a floor of 100+ metres run and 40 tackles per game, then that’s an easy 50FP if he can stay on the park.

Payne Haas ($18,010) - With Carrigan now out for the season, there is an expectation that Haas spends more time on the park. More time on the park means more potential for fantasy scoring. This could likely be the cheapest you will get Haas from now on and I really believe he could go 80+ here.

Tom Trbojevic ($14,950) - Quite simply, Turbo Tom has been on fire and his salary is now in the premium range. Dropped a 98FP burger on the Warriors last week and the matchup against the Broncos is just as soft. Was relatively quiet in their clash in 2020, but confidence is high after 5 line breaks last week. Fire him up with confidence.

Adam Doueihi ($11,440) - On paper, paying for a $11k Centre who hasn’t played in the position in quite a while is an easy decision. Before his days at five-eight, Doueihi was the Tiger’s fullback so we do not have much data on fantasy performance. However in Round 17 in 2020, Doueihi was named at centre for the clash against the Sea Eagles and he scored 2 tries, kicked 5 conversions and ended up with 72 fantasy points. It could happen again but I would find a cheaper CTR instead. 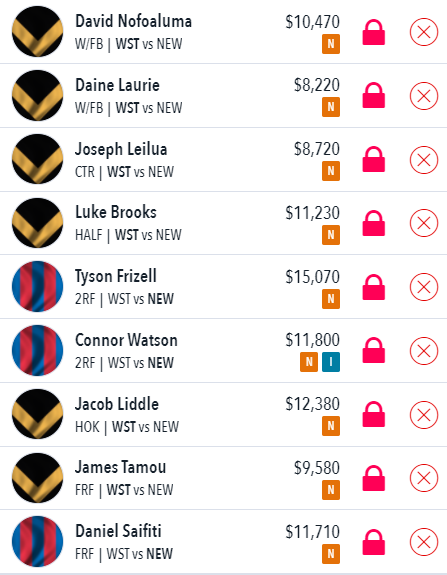 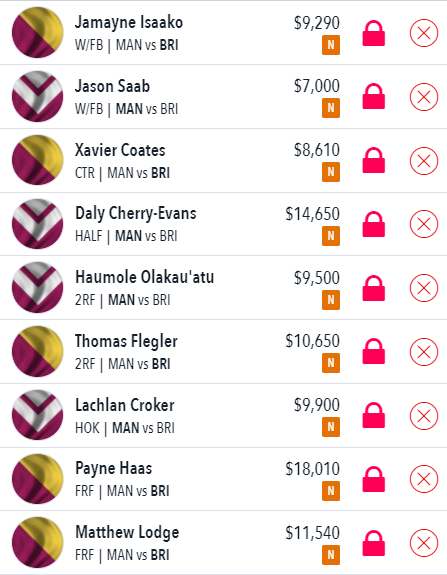