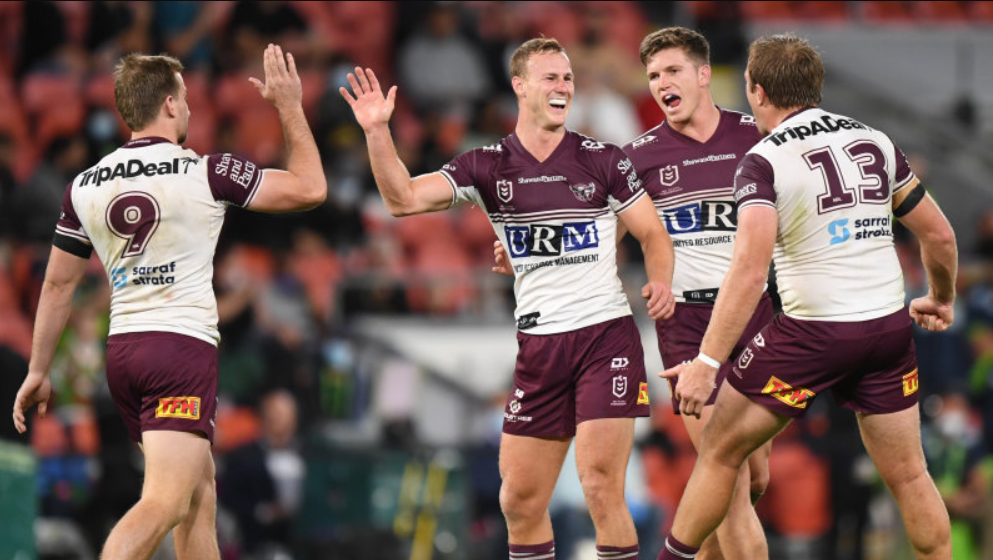 We’ve reached the part of the season where there are no more second chances. Every game is a knockout, and you just have to love it. We start with the Manly Sea Eagles taking on the Sydney Roosters in Mackay(!). The teams finished 4th and 5th, but the Roosters injury toll has them coming in as clear underdogs.

Just one change for the Eagles, with Lachlan Croker fit to come back in at hooker. This pushes Karl Lawton back to the bench, and Curtis Sironen out of the team. Likewise the Roosters have one confirmed change, with Sio Sua Taukeiaho out with injury and Nat Butcher coming onto the bench. There will be a second change with Sam Verrills suspended. He’ll likely be replaced in the team by Ben Marschke, but it may mean Lachlan Lam moves to hooker with Sam Walker starting.

The Eagles were poor last week, and strangely it looked like Tommy Turbo just didn’t want to get involved at some points. Not sure what that was about, but it’s unlikely we’ll see it again this week. Manly should be too strong, although the Roosters aren’t just going to roll over. I’m coming in with a slight lean towards Manly heavy lineups.

Whether he’s asked to play in the halves or at hooker, Lam is once again too cheap. It didn’t amount to much last week when he only scored 22 points, but a reasonable expectation is around 35 points in either position. The preference for Manly players gives some pause for thought, but his HLF/HKR dual makes him more attractive, especially at hooker where there are no really strong plays.

Jake looks to be back to his usual self, which generally means a score in the 50-60 range built up through an efficient defensive game. He does have a little upside if Manly get on top, as he is capable of scoring a try or two. With the price still down after a bad stretch mid-season, he’s unlikely to let you down too badly.

We’ve seen Roosters centres Josh Morris and Adam Keighran emerge as slate-winners the last two weeks, but centre is not a position to chase last weeks points. I’m banking on Harper to take his turn this week, after a few down weeks. The ceiling is massive, and I’m not overly worried about him running at the Roosters left edge where there can be space to be found.

I’ll pick out Morris here, because last week’s performance could lead to a little more popularity. He’s extremely old and hasn’t been very good for a few months now. He won’t find the same scoring opportunities he did against the Titans last week, so I’m going to prefer Harper and probably Keighran and Ikuvalu as well.

This could very easily backfire, but I have to trust what I saw last week. With Dylan Walker continuing to play big minutes off the bench as a middle forward, the prop rotation is losing a lot of his usual minutes. Aloiai is the biggest loser from that, with only 37 minutes and 25 points last week. With the Roosters props fairly cheap, it might be better to spend up at FRF.

Victor the Inflictor was back at it last week, coming straight back from suspension and throwing his body around looking to cause maximum damage. Part of the problem is he damaged himself as well, going down with shoulder issues multiple times. Despite that, he managed to put up 70 points at low ownership, and was a great play. Can he do the same this week, or will his style of play catch up to him in the form of an injury or just less impact against a solid Manly forward pack? Who knows… 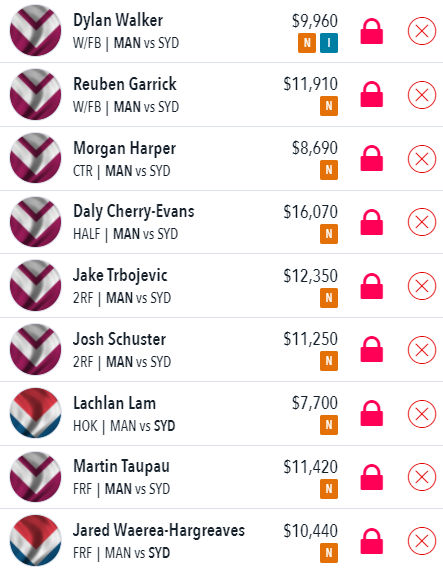