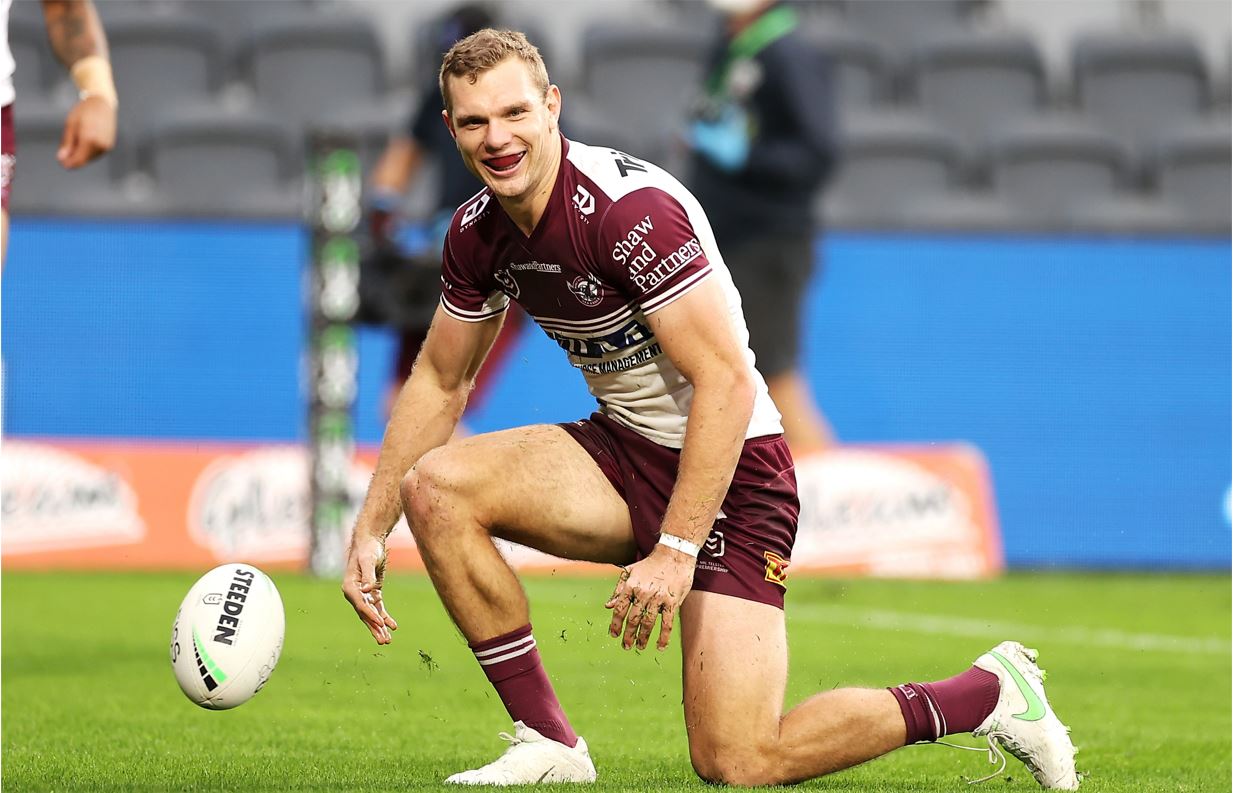 We’ve made it to the second last week of the season, with the top 4 teams from the regular season featuring in the preliminary finals. Our Friday night action features the South Sydney Rabbitohs and the Manly Sea Eagles facing off at Suncorp Stadium. The Rabbitohs earned a week off with their grinding win over the Panthers in the first week of finals, while the Eagles had to do it the hard way after initially being thumped by the Storm. They put them behind them with a 36-point win over the Roosters last weekend, and will come into this one with plenty of confidence.

Unsurprisingly, the teams are very settled at the pointy end of the season, with no changes for either team. The Rabbitohs key point is the absence of Latrell Mitchell, meaning they rely on youngster Blake Taaffe in the crucial fullback role. So far, he’s been unable to have a big impact, so it will be interesting to see how he goes on such a big stage. The Eagles are at full-strength, an enviable position indeed. However, news has been reported that Brad Parker will not play with Moses Suli to come in and play at Centre.

As you’d expect in a preliminary final, it’s very difficult to split these two. Personally, I’m leaning towards Manly based mostly on the massive gulf between the fullbacks for each team. If Tommy Turbo plays anywhere near what we saw last week (in stark contrast to his quiet game against the Storm the previous week), then it’s a big ask for young Taaffe to be able to have a similar impact.

For player that was already a star, the ‘breakout’ of Trbojevic has been easily the most amazing aspect of the 2021 season. After missing the first 5 weeks with a hamstring issue, he came straight back in and immediately looked like the big kid bullying a bunch of 9-year-olds. He’s gone from a career average of under 50, to averaging 76 this season, with has included two 20-point stinkers. One of those games came two weeks ago against the Storm, but he rebounded in style against the Roosters before getting an early shower at the 60-minute mark. With no-one else at the WFB position standing out as an attractive play, I think locking in Turbo at the top and finding enough value elsewhere is a sound strategy.

2021 has truly been a remarkable season from DCE, both in fantasy and real life. After a slow start when the team was struggling without Tommy Turbo, DCE has now average 75 points per game in his last 15, with a lowest score of 56. He’s also exceeded 100 points three times in that stretch, so there is really no price that can be considered too expensive. Despite Adam Reynolds being available at a big discount, I’ll find it very hard to ignore the incredible form of DCE.

My preference for Manly in this game is not only based on the younger Trbojevic, but also the improved form of brother Jake. After quiet month when returning from injury, Jake has now strung together 5 straight good scores, at an average of 53. His price hasn’t responded as much as I would have expected, and he represents some of the safest value on the slate. He’s only exceeded 60 points twice this season, so if you’re looking for ceiling there are perhaps better options at this position, but he’s a safe play nonetheless.

After some early struggles adapting to his new role at hooker, it’s been a pretty good season from Croker. He’s managed to retain the starting job all year, and at times was maintaining and average over 45. We saw him miss a game with injury two weeks ago, and then struggle a little last week on his return. Of most concern is that the makeup of the Eagles bench seems to suggest that he will be sharing the role directly with Karl Lawton, which is also what we saw last week. Despite the big price discount from Cook at the hooker position, I’m very concerned about Croker’s ceiling and will try whatever I can to pay up for Cook.

If I’m looking to spend up on the likes of Turbo, Cherry-Evans and Cook, then I have to ignore other expensive players such as Gagai. Gagai has been impressive this season, with a career high average of 47. Despite that, he has only exceeded 61 points twice, which is probably what is required at this price. In a tough matchup and with better value options such as Campbell Graham and Morgan Harper available at centre, this feels like fairly safe fade.

One challenging part of DFS is figuring out how to deal with players with small sample sizes. We’ve seen Taaffe start in 5 games this season, with a top score of 31 and an average of only 24. If that is his true level, then we can safely ignore him in a tough matchup. However, it’s unusual for a talented fullback to score so poorly, with most of the lower-level fullbacks averaging in the mid-30s. With his price so low, and very limited value on the slate, it could be worth taking a punt on Taaffe showing us a better ceiling than we’ve seen from him so far. 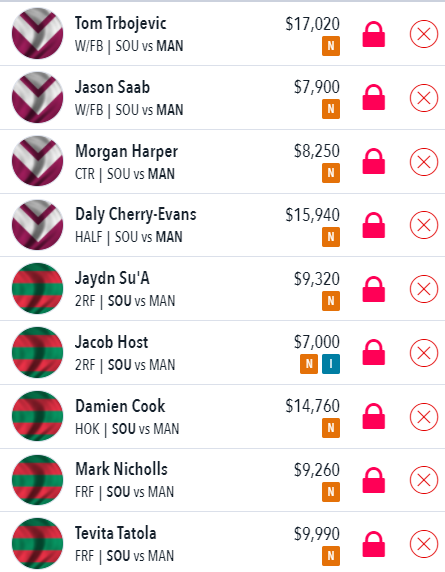