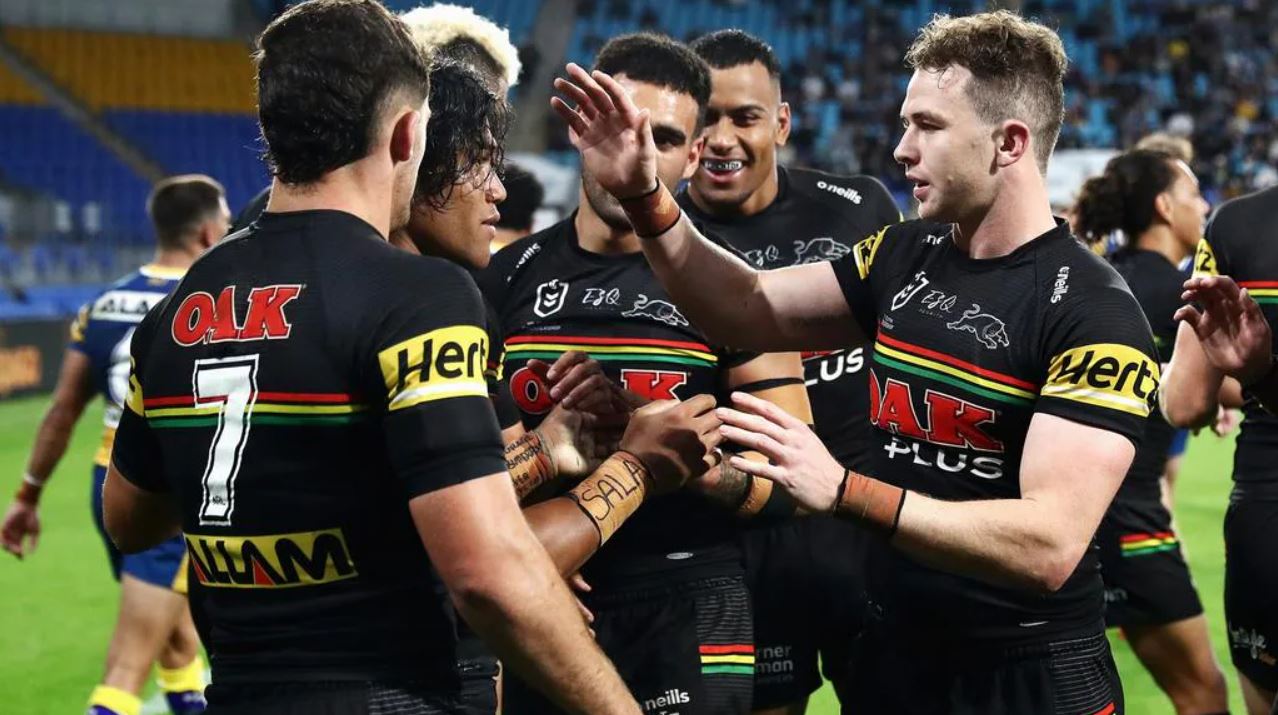 Night two of the semi-final action sees the Penrith Panthers playing the Parramatta Eels in Mackay, with the winner getting a ticket to play the Storm next week. Penrith will be desperate to keep their premiership hopes alive after another dominant regular season, but the Eels won’t be lacking for motivation either. They managed a tight win against the Knights last weekend, although their defence was less than stellar. The key may be how each team handles the elimination pressure.

The Panthers have three changes, with all 3 of Dylan Edwards, Moses Leota and Scott Sorensen returning from minor injuries. That means Charlie Staines, Spencer Leniu and Matt Eisenhuth lose their places. Stephen Crichton shifts back to the wing to accommodate Edwards. UPDATE - Refer to the Tweet below

Only one change for the Eels, with Ryan Matterson joining the bench in place of Makahesi Makatao. He may have to settle for minor role behind Papali’i who should get the bulk of the bench minutes.

Both teams had some major form wobbles after the Origin period, although the Panthers had the much better excuse given, they were without Cleary, Fisher-Harris and To’o for a lot of it. I feel comfortable favouring Panthers stacks.

Api is one of several Panthers following the team trend of rounding back into form when it matters. He’s averaged 54 in the last 4, although with only one ceiling type score. Regardless, I like him on this slate because Ray Stone is the only real alternative, and he both saw a price increase and can be played at 2RF, allowing us to favour Api in the HOK slot.

Another player rediscovering some form is big Paulo, who looks to be moving well again having averaged 51 in his last 7. Coming of an impressive 67 last week, he’ll be looking to surge through the middle of the field and get his offload game going to give the Eels a chance. Again, this play is made easier by the fact that some of the other decent FRF options can also be played at 2RF.

If there is a side of the field I think the Panthers can target, it’s the left edge where Ferguson and Penisini form a fairly new combo with a less than stellar defensive reputation. However, the Burton/To’o pairing is rather expensive, so I’m willing to pivot to the much cheaper right edge where Momirovski and Crichton could find some success running at Waqa Blake and Haze Dunster, who don’t exactly strike fear into the heart either. I expect Momirovski to be very low owned.

If I’m going to recommend Momirovski, then I have to warn against Blake. The tough matchup with the Panthers, and the elevated price tag are enough to make me think we’re better off staying away in this one, despite a pretty solid run of form. Too many cheaper options at centre. I might as well include Haze Dunster in this, as another Eels back unlikely to go near his ceiling.

Lane is a worry for two reasons. Firstly, he’s a fairly attacking edge forward who relies on big plays for his scoring. That will be harder to find against the Panthers. Second, the addition of Ryan Matterson to the bench could be a big worry for his minutes. I’m not sure exactly how Matterson will be used, but he or Cartwright are likely to eat into the minutes of either Lane or Niukore.

Usually Edwards would be my first “love it” play at this price and in a game they’re expected to win easily. The issue is that his last few scores have been underwhelming, and that included an injury which he seemingly hadn’t fully recovered from. If he’s fully fit after having last week off then he can easily become the best play on the slate, if he’s not then he might turn into a trap. Some coaches’ comments before the game would be helpful with this decision. 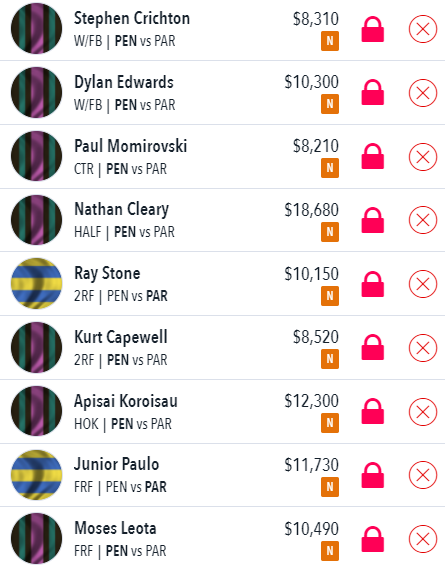