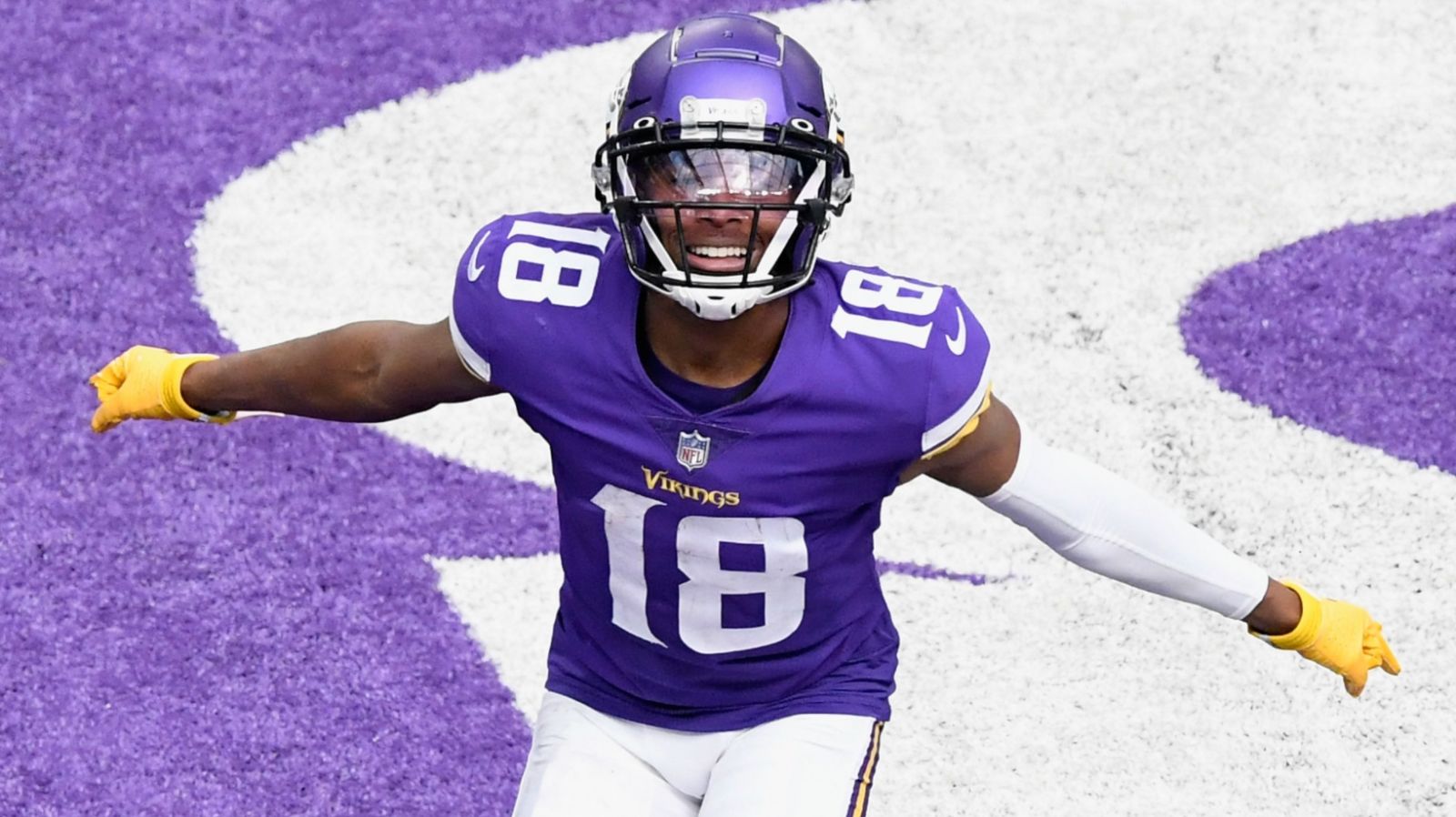 The Silly Season has well and truly hit the NFL, with Week 16 another mish-mash of games. We still get a nice 11 game main slate, with $20,000 to play for including $2,184 to first place on Draftstars.

The Eagles are one of the teams to still be looking in good shape at this stage, having struggled early and then winning 4 of their last 5. Their core of Hurts, Sanders, Smith & Goedert is gelling, and another gentle matchup with the Giants presents plenty of opportunity for upside.

Despite missing a couple of receivers, I think this is the stage for Josh Allen to step up, beat the division rivals in emphatic fashion, and give us a look at his monster ceiling. Bill Belichick will have other ideas, so I won’t get too carried away with my exposure, but I like Allen more than various other options who are also compromised this week.

With Rhamondre Stevenson out and Brandon Bolden questionable, Harris might be the only back in his return from a hamstring. The Patriots ran the ball 40+ times in this matchup two weeks ago, so the potential for a big workload is huge.

I’ve talked about him many times this season, but the opportunity is there again with a nice price and a great matchup with the Lions. A few quiet weeks might be enough to scare people away from playing him, so it’s time to have faith in what we saw earlier in the season.

Cooper Kupp is the obvious target at the top of the board, but it’s not always possible to get up that high. I like Jefferson almost as much, with his elite skillset in what is likely to be a higher total game.

Similarly, Hill looks cheap given his regular ceiling scores and slate-winning ability. A Steelers matchup doesn’t scare me with this type of player who can make big plays in any situation.

With Beasley and Davis out, Sanders will get a lot more opportunity in a season where his chances have dried up. His advanced age is a concern, but I still believe in his talent and think he’s the best pairing with Allen.

As soon as I got off the Goedert train it exploded two weeks in a row. Sad face. Is it too late to get back on? I hope not, because this matchup with the Giants looks like another spot for him to continue his breakout.

Another possible Falcons player that can benefit from the Lions matchups, Pitts stat line has been only okay for a rookie, with consecutive scores in the high 20s the only hint at his exceptional talent. With his volume remaining solid, I want to take a shot at him squeezing out a 3rd slate-winning score for the season.

Taking on a third-string QB is usually all the reason you need to play a DST, and that is the case for the Bengals this week. Josh Johnson had one big game at the Jets already this season, but I think the Bengals can make his life difficult in this one. 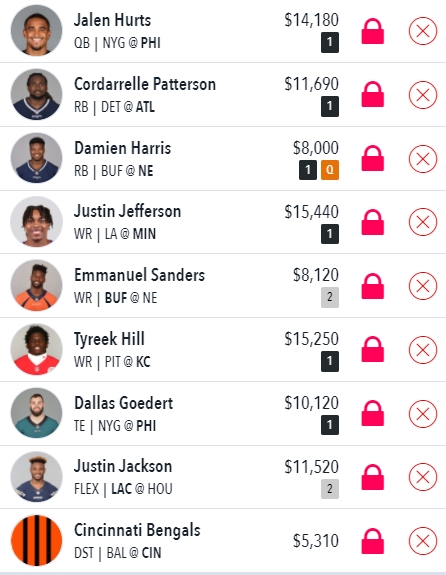