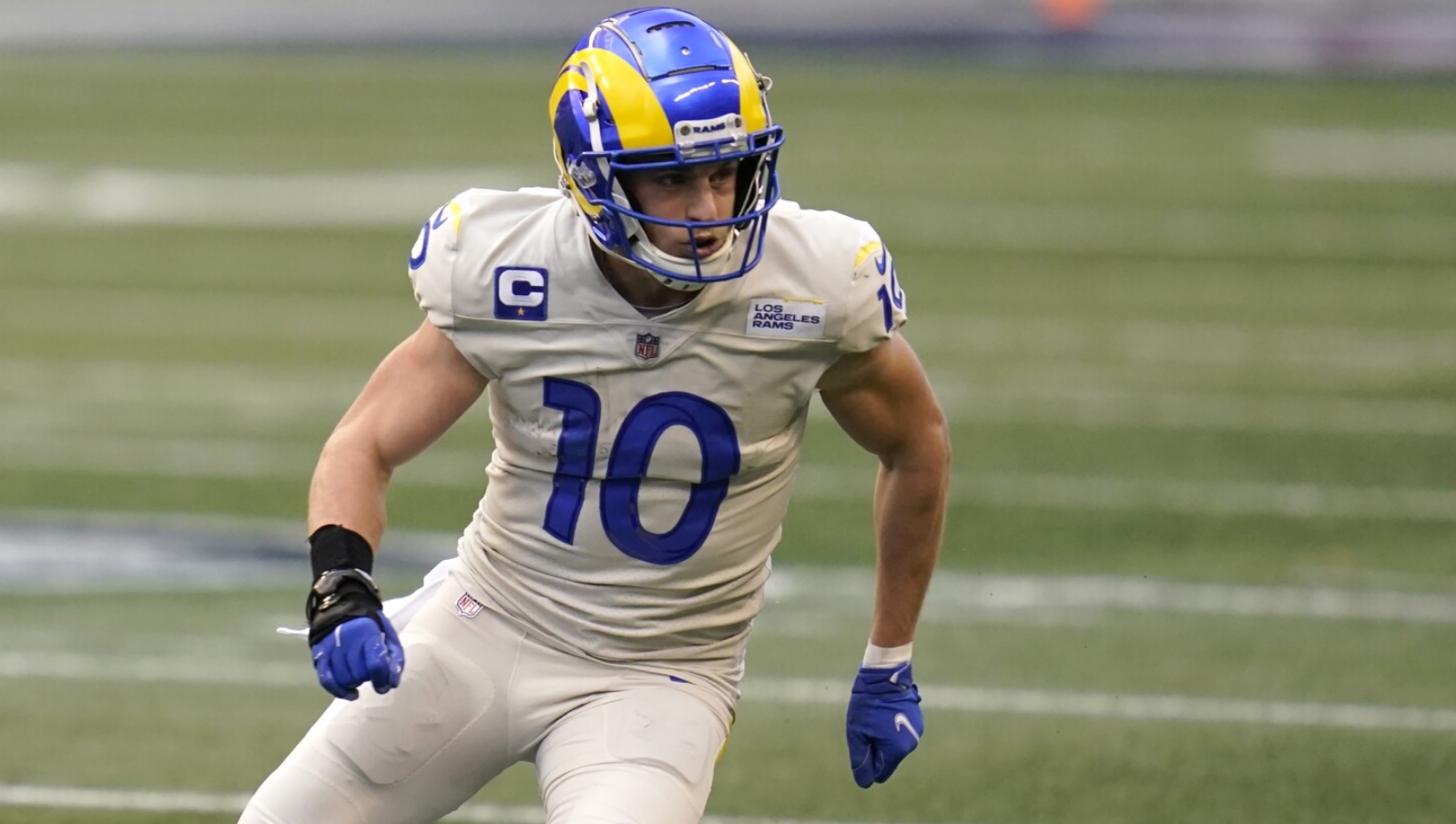 Tuesday Night/Wednesday morning NFL is certainly a rare commodity but these are the times we live in and we don’t mind that if that means more Daily Fantasy action. With your season-long team probably already dust, this 2-game “postponed” slate looks to be a far better prospect than Tuesday’s grind.

Draftstars have posted a $6,000+ contest for this match, once again the slate locks before NBA does plus both games will run simultaneously as well. So we should get plenty of time to sort out the actives from the inactives here. Slate gets underway at 1100 AEDT.

This list can change anytime, but will update with news once it is available when we wake up on Wednesday morning.

TE Ricky Seals-Jones (Questionable with Illness - on track to play)

Team is good to go. Jalen Hurts fully practiced after his ankle injury.

Two lopsided matches here with both the Rams and Eagles looking at close to full strength against the Seahawks and Washington who are dealing with COVID. If Taylor Heinicke did not clear protocols in time, along iwth QB Kyle Alllen. QB Garrett Gilbert who was signed off the Pats practice squad will get the start. Tough to love any pieces from the WFT this week.

As for the second game, the Rams have used the postponed game to their advantage by allowing players such as Odell Beckham, Darrell Henderson and Cornerback Jalen Ramsey to clear Covid protocols. Thus this gives Matt Stafford his two main running backs and three-wide receiver sets at his disposal. The Seahawks are unlikely to get Tyler Lockett back which means this game might lose its appeal, however this game is one you want to attack from a fantasy point of view and hopefully hit some value in the other game.

The news overnight is that Lockett did not test out of COVID protocols which ruins our love for Lockett at the min price on Draftstars. Whilst you can rely on DK Metcalf for target share, you can take shots at D’Wayne Eskridge and Freddie Swain who are next man "punts" at the same salary.

27.6 3-game average, 26.2 6-game average, 50% Target share in Week 14, only once this season under 10 targets. The stats are compelling and with enough value around to fit the $20k+ salary then Kupp is in a great spot against the Seahawks. No need to go on here, Kupp is the one on a 2-game slate.

Pretty simple choice for your D/ST selection. 3rd choice Quarterback against a non existent offensive line, the Eagles after a week off are going to stack the box and get after Antonio Gibson.

Cheapies that are in play:

Tough to love any Washington players on this slate with this 3rd string quarterback and playing away at home. The one that will suffer the most will be Terry McLaurin who looks too expensive after suffering a concussion against the Cowboys and only 5.2 & 9.1 Draftstars points in the matches before. 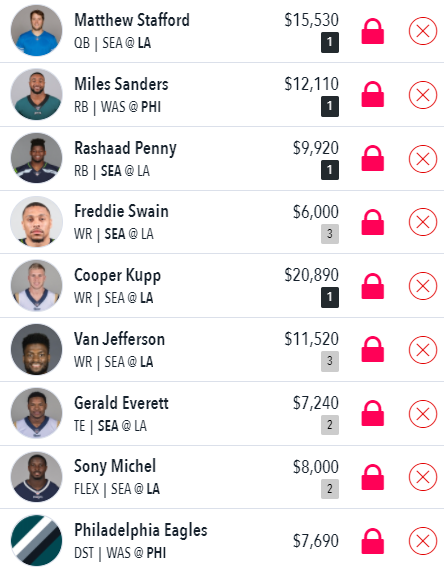