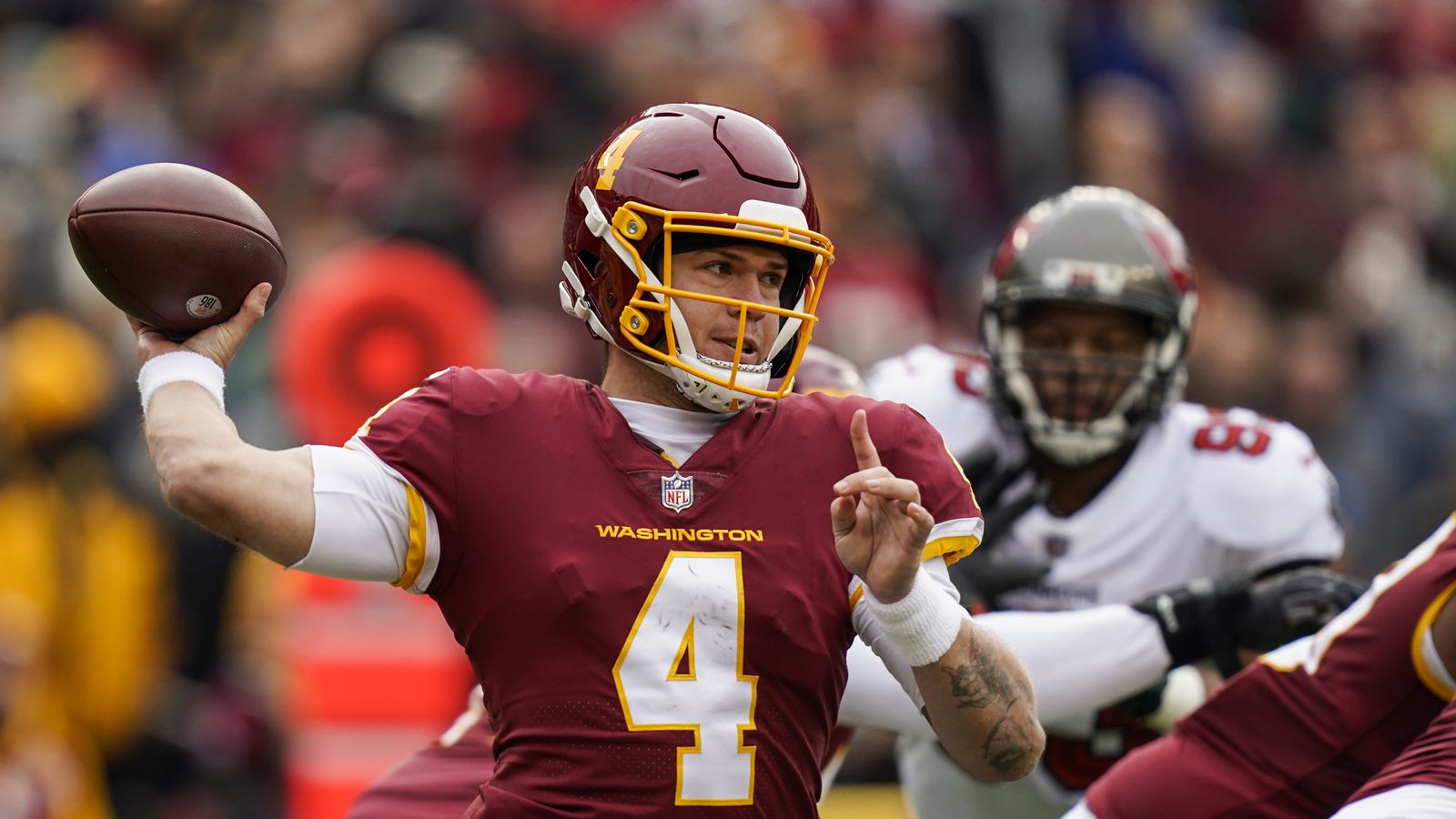 Week 12 of the NFL ends on Monday Night with the clash between the 4-6 Washington Football Team and the 3-7 Seattle Seahawks. Apparently if the Seahawks slip up once again this might be the last time we see Pete Carrol as the Seattle coach. So we may have some drama on Tuesday afternoon whether the players fight for the coach or let another game slip. Draftstars have a $6,000 contest up for grabs in the 6-man ‘Flex’ contest.

Washington - WR Curtis Samuel is on track to return after his groin injury suffered in Week 5. News however is that Samuel will be on a snap count. WR Adam Humphries is Questionable with a hip injury and will be a game time decision. TE Ricky Seals-Jones is doubtful with a hip injury. TE Logan Thomas is on track to be off injury reserve and play but alas on a snap count as well.

Seahawks - RB Rashaad Penny is out with a Hamstring injury.

Those defensive numbers are pretty shocking for the Seahawks! Given up an extraordinary 279 yards per game, no wonder they are languishing with that 3-7 record. The question is however, can Washington take advantage of this porous defence? It helps having Samuels and Thomas returning to the team, but more importantly this gives QB Taylor Heinicke more weapons against this depleted secondary and a defensive line that cannot get QB pressure at all. I am leaning towards Washington pieces here with some Seahawks receivers.

Heinicke, who has eclipsed 20+ Draftstars points in two of his past four games, certainly comes in with better form than Wilson. While he only has one rushing TD on the season, he adds fantasy points via his rushing. The Seahawks have been friendly to quarterbacks, ranking 25th in scoring allowed to the position and I can see a 300+ passing yard performance.

Seattle are pretty much down to their last running backs with Chris Carson, Rashad Penny and Travis Homer out for this game. Whilst Alex Collins will take the early down work, I rather target the thrown balls that could come Dallas’ way. I would take the $3k discount especially against this strong WFT defensive line who give up under 100 yards on the ground per game.

Realistically the ideal pairing for Heinicke/Wide Receiver correlations, McLaurin brings the highest ceiling/floor combination for Washington and is quite nicely priced against Lockett/Metcalf for the Seahawks. McLaurin is susceptible to dud games (6 fantasy points against the Broncos and Chiefs), but this is pretty much the best game environment for success.

Of course Wilson’s return from his dislocated finger has not gone great… 0 thrown TD’s and an average of 8 fantasy points in two games has really put the Seahawks in desperation mode. However I don’t want to miss out on a “special” backs against the wall performance that Wilson has shown in the past. I wouldn’t be hitting the lock button nor the fade button here.

Not many to pot this Tuesday but Samuel coming back after injury and on a reported snap count does ring alarm bells for fantasy production. Also not a fan of either team DST’s as neither have been fantasy beasts throughout the season. 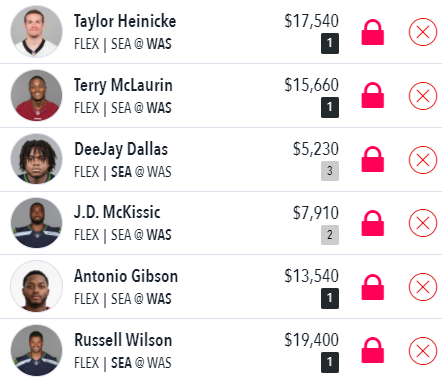