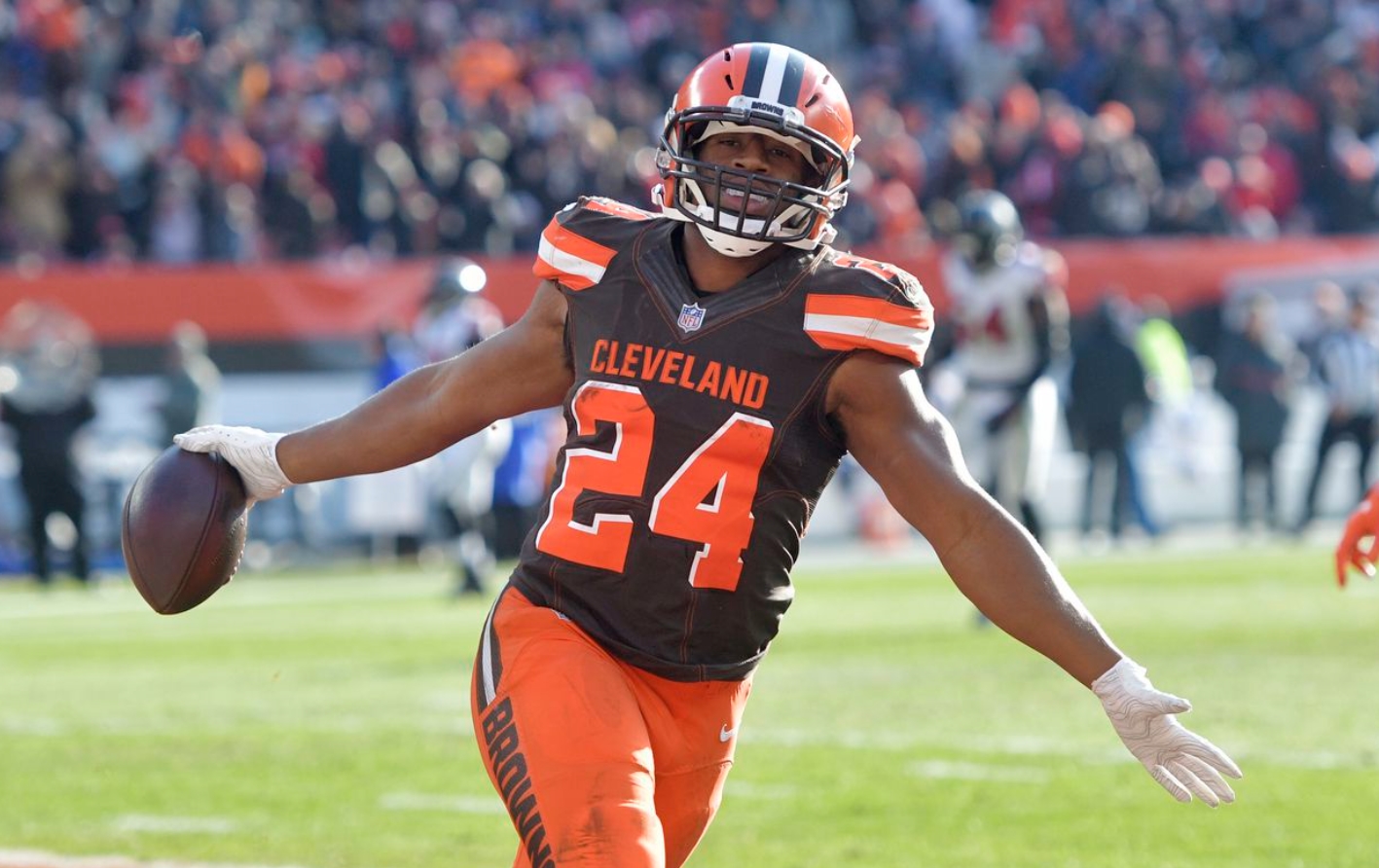 Usually a Monday Night standalone game, the NFL was forced to move the fixture for Week 15 with the Raiders and Browns joining the Vikings and Bears in a 2-game slate. So we get the full position slate on Tuesday morning here in Australia which can throw up some interesting teams. Outside of the Bears whose playoffs chances are done, the other three teams are looking to keep their playoff chances alive. Of course COVID protocols have ruined many season long fantasy playoffs so let's see who can we attack here.

Draftstars have posted a $6,000+ contest for this match, but I reckon we can fill it before the NBA gets underway. The slate locks at 0900 AEDT, so bear that in mind.

This list can change anytime, but will update with news once it is available when we wake up on Tuesday morning.

HC - Kevin Stefanski - Also out and will not coach

WR Dede Westbrook - No news yet

WR Dan Chisena - No News yet

(No News yet of players being cleared)

Keep your wits about you here. The COVID ins and outs are a mess, especially at Cleveland who are somehow still favourites at home. Whether the extra time between getting players off the protocols remains to be seen, we are going to get some clarity before the 1st match gets underway. There are some key players from that first you can rely upon but unfortunately the majority will be on these players as well. The Browns and Vikings are facing poor defences (Raiders are 25th DVOA, Bears are 24th DVOA) yet still have main weapons to put points on the board. There is value on this two game slate but to be honest not many ceiling types here. I’ll be looking at premium RB’s and try to find some paydirt with cheap receivers

No Kareem Hunt who is out with Covid and an ankle injury (miles as well have both at the same time) and an uncertain situation at Quarterback. Chubb is an awesome play whether Baker Mayfield or Nick Mullins gets the start. The Raiders cough up plenty of yards via the run and we should anticipate a heavy run offence. Chubb ticking all the boxes here.

Head and shoulders the best fantasy receiver on the slate, Jefferson projects very nicely despite Adam Thielen lingering on the injury report after his ankle injury. If Thielen is ruled out then Jefferson should command at least 10+ targets against this weak Bears secondary. The $19,000 salary is scary but you can make it work here.

Take away his score from the Week 11 Ravens match when he was knocked out, Fields has been building nicely and his fantasy scores are a good reflection. 21 Draftstars points against the Packers after his injury and 19 against the Steelers prior to that. Likely to be playing with a deficit, Fields will need to keep his legs moving and airing it out for this matchup.

Cheapies that are in play:

That's a lot of money to pay up for Cook who is coming off a 38 Draftstars point explosion against the Steelers. The matchup is an awesome one and Alexander Mattison is out but it seems to be a struggle getting him to lineups when you have the likes of David Montgomery, Josh Jacobs and the aforementioned Nick Chubb at $6,000 cheaper. 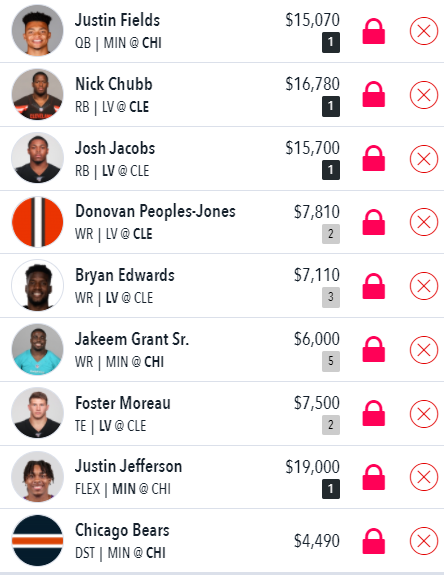