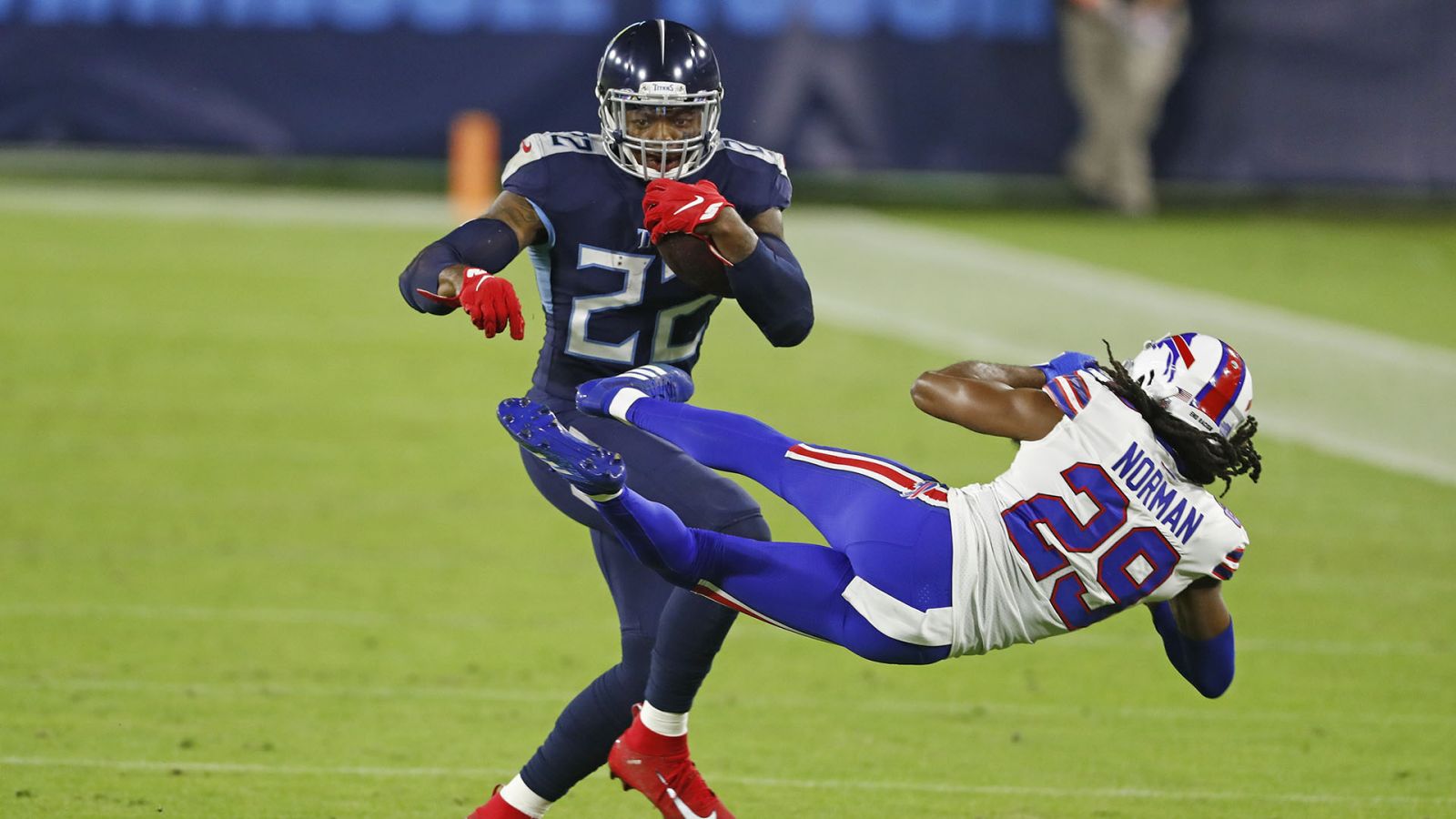 Josh Allen and his Buffalo Bills (4-1) side make the journey to Tennessee to take on the Titans (3-2) to round out Week 6 of the NFL. Bills fans are trying to keep a lid on their aspirations for the 2021 title but with a soft schedule coming up, it is hard not to get excited! The Titans behind King Derrick Henry are looking to keep their divisional lead in the AFC South after their rivals have been lacklustre so far. Apart from a slip up in Week 1 to a mediocre Steelers side, the Bills have piled on 39 points per game and kept two sides to donuts. It is shaping up to be a ton of points here so let’s get cracking DFS wise.

Draftstars have this game pegged at a $12,000 contest in the 6-man ‘Flex’ contest whilst another Millionaire Maker is up for grabs on DraftKings in their ‘Showdown’ format.

Small sample I know but in the games that Bills have blown out their opponents (Texans/Dolphins) the Bills overall fantasy scoring has suffered across the board but exploded when involved in tight ones (112 fantasy points scored against KC compared to 80 fantasy points against the Dolphins). I am expecting the Titans to give the Bills a hard time as the last four opponents defences are not exactly exemplary. But the Titans need to protect Ryan Tannerhill who currently leads the leagues in sacks through 5 weeks. They do get back pieces of the attack especially if A.J Brown can shake off his illness. Should be tight early and plenty of points in the 2nd half.

Too cheap on Draftstars to ignore, Henry has eaten up so many touches through five weeks of action that the Titans are 2nd in the league for total rushing yards. What we have seen so far is that Henry is now involved in the passing game with 15 targets throughout the season. Didn’t need to catch a ball against the Jags last week however, on his way to a 3TD 34FP performance. Henry will test the Bills here but he needs to start well to give the Bills D some headaches.

Another cheapie on Draftstars, Sanders is playing the same amount of snaps as his fellow wideout in Stefon Diggs and still is getting a fair share of targets. Clearly Diggs and Dawson Knox are the alpha dogs in this attack, but Sanders' 4 touchdowns this season and high yards per catch exceeds Diggs and the ever disappearing Cole Beasley. Low floor but high ceiling and as mentioned probably $2,500 cheaper than what he should be.

Completing the Draftstars cheapie trio is the high scoring Tight End who leads the team in snaps, completion % and has scored 5 TD’s through 5 weeks. Once inside the 10-yard line it is either Josh Allen or Dawson Knox scoring, make no mistake about it. An Allen-Sanders-Knox stack is only taking up 50% off your Draftstars salary and no doubt will be a popular pick.

Jones is back after a hamstring injury which has ruled him out from the last two games for the Titans. I am more interested in rostering Jones if A.J Brown cannot go from his illness but players coming back from injury usually means caution. Taking away his injury marred Week 3 match, Jones has had 14 targets including 120+ yards receiving against the Seahawks. Need to wait for news here before committing to Jones.

Brown currently leads the Titans in targets (25 in total) but has only produced a season high 49 yards receiving in Week 1. The illness popping up on the injury report is a concern and with Jones back into the fray, it is hard to love Brown’s upside here. Price too much for me for his current output and likely a tough time against the Bills D. 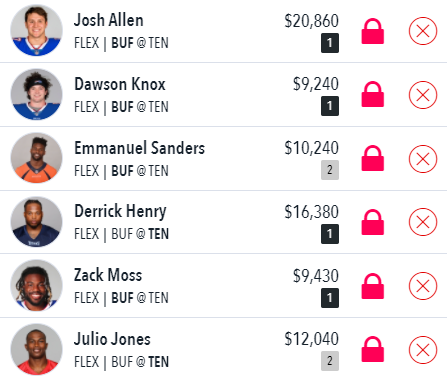 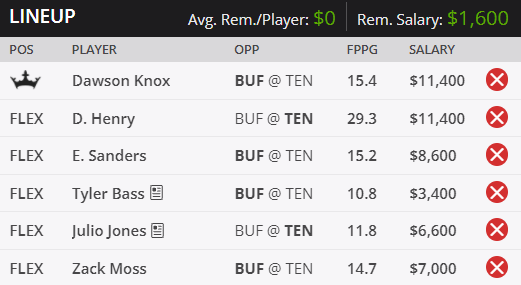